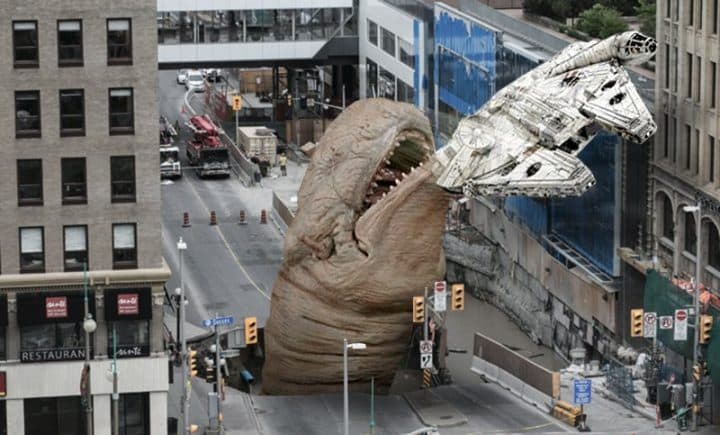 Here’s our (mostly) annual list of things that Ottawa was obsessed with (for better or for worse) in 2016. You can read previous year-end lists here.

Once again, Ottawa was obsessed with sinkholes. Particularly, one sinkhole that opened on Rideau Street near Sussex Drive in June, devouring a van in the process. Obviously, social media wasn’t going to let that slide. Here are some of our favourite memes, gags and jokes:

(The situation was not improved when Ottawa Police announced another “sinkhole” opened on the same road stretch; it turned out to be more of a pothole.)

The Château Laurier (Or L’Horreur)

When plans were released in September for a proposed expansion to the Château Laurier, many people couldn’t accept it. And they made that very clear. https://twitter.com/ryanwright/status/776226701172891648

The situation caught the attention of heritage enthusiasts, prompting Heritage Ottawa to pen a letter against it. We followed up with a list of other expansions to local heritage buildings that went a little more… smoothly - including the Lord Elgin Hotel just across the street!

In October, Maclean’s published an interview with the architect behind it, a perhaps slightly-hurt Peter Clewes, who explained he was trying to create something with a clear distinction from the original structure.

The proposal was redesigned and presented to the public in November, not that it was a big change …

Few things in Ottawa attract negative press quite as efficiently as the National Capital Commission.

It wasn’t just the shutting down lemonade stands (a misunderstanding) either.

The already complicated affair finding a location for the new Ottawa Hospital became a little more ridiculous after they recommended Tunney’s Pasture as a site, a suggestion rejected by both the hospital board and a group of local politicians .

It proved to be an embarrassment for Ottawa Centre MP Catherine McKenna, who had to backtrack an initial endorsement of the Tunney’s Pasture site after learning her peers did not feel the same way. Political insiders said this, and other mistakes, exposed her lack of political experience, the Hill Times newspaper reported . McKenna blamed the NCC and said she learned a valuable lesson, the Ottawa Citizen reported.

It wasn’t all bad for the NCC in 2016! In early 2015, they got the ball rolling on a redevelopment for LeBreton Flats, which led to two proposals which were presented at the War Museum. The winning proposal, RendezVous LeBreton, was selected soon after and negotiations began in April.

Although it meant a site had finally been selected (we had been waiting since April ) it also meant there would be a library void in Centretown. Oh well, at least it’s not like Rideau-Goulbourn .

“WTF are PXOs?” blared a headline on our sister site StittsvilleCentral.ca, seeking to explain what the rooty-toot these new signs being installed around the city were. 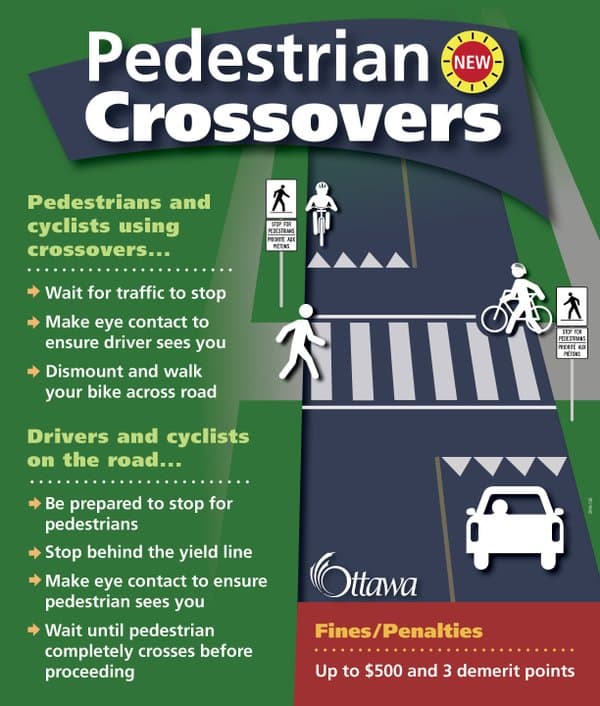 Despite a storm of media coverage (and the signs themselves) some drivers incredibly still don’t know how to handle a crossover.

This is a given every year in Ottawa - we love following the forecast and talking about the weather.

It may seem like a distant memory but it was only in February that we had that record 51 centimeter snowfall that all but shut the city down. https://twitter.com/EricDupere/status/699773620252491776

With the winter back in action, maybe we should talk about snow removal again.

The Redblacks won their first Grey Cup in November, the first time an Ottawa team won the cup since 1976.

We were gracious winners. Well, _ mostly. _ 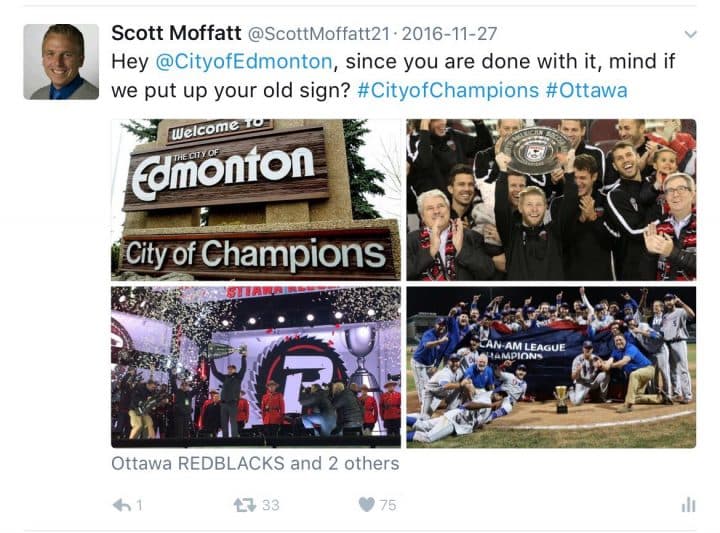 Radio host “Stuntman” Stu Schwartz announced in February that he was diagnosed with leukemia. He put it in remission less than two months later and launched the #StuStrong movement to support treatment research.

Meanwhile, the story of the Butterfly Boy Jonathan Pitre continued. Pitre is currently in Minnesota awaiting a second stem cell transplant. Andrew Duffy at the Ottawa Citizen has been following the story closely…

The Laurier Avenue Bike lanes marked more than two million trips since they opened in 2011.

The same lanes became the site of a tragedy after a cyclist, Nusrat Jahan, was killed by a truck in September. A demonstration was held at city hall that day and there was swift reaction from local politicians, including the mayor.

The death sparked discussion on the safety of the city’s bike lanes and whether enough is being done.

Meanwhile, the O’Connor Street bikeway opened and quickly became the site of multiple collisions - the first within hours of its opening. It’s not hard to see why. https://twitter.com/mhbvickers/status/791031657700724737

One of the biggest news stories in Ottawa came with the death of Abdirahman Abdi , a 37-year-old man who died one day after a violent arrest by Ottawa Police.

The death of Abdi, who was black, reminded many of news from the U.S. about black men being killed by police. Many wondered if Abdi’s death was the same. Rallies were held. Amnesty International issued a statement and a group called the Justice for Abdi Coalition issued recommendations to prevent future incidents.

Meanwhile, Adbi’s death remains under investigation by the Special Investigations Unit. Here’s a report we did in July explaining who the SIU is and how their investigation will work.

_ ** (Below are full texts of 2017 New Year’s messages from the Queen, the governor general and the prime minister) ** _ ** Queen Elizabeth II ** “I am delighted to offer all Canadians my best wishes and congratulations on the 150 ...

The year 2016 may have become a running gag on social media for the ultimate bad year, but for the Ottawa music scene, it was a rich one full of new releases, fresh artists and plenty of amazing shows. There was plenty to hear and see in 2016 and ** _ OttawaStart. ...