If you ever go to a concert inside a small bar, you should bring ear plugs if you appreciate hearing.

Being the amateur that I am, I didn’t think about loudness when I went to an emo show last Monday inside the Avant Garde bar at 135 Besserer St.

But I learned a lot more than that. I walked away with a better understanding of the local emo, and indeed overall, music scene.

What was surprising to me was simply how close and engaged the community was. I hung out by the door, and the door minder knew just about everyone who walked in.

(Although an outsider, I wasn’t a total stranger. I knew Ryan Fitz, the organizer and member of Castlefield, one of the bands that played that night, through my old high school and previous interviews.)

Two of the acts were from the United States, touring together yet playing separately. They were the Lansing, Mich.-based sextet Hot Mulligan and soloist Bogues from Murfreesboro, Tenn., a city just outside Nashville. 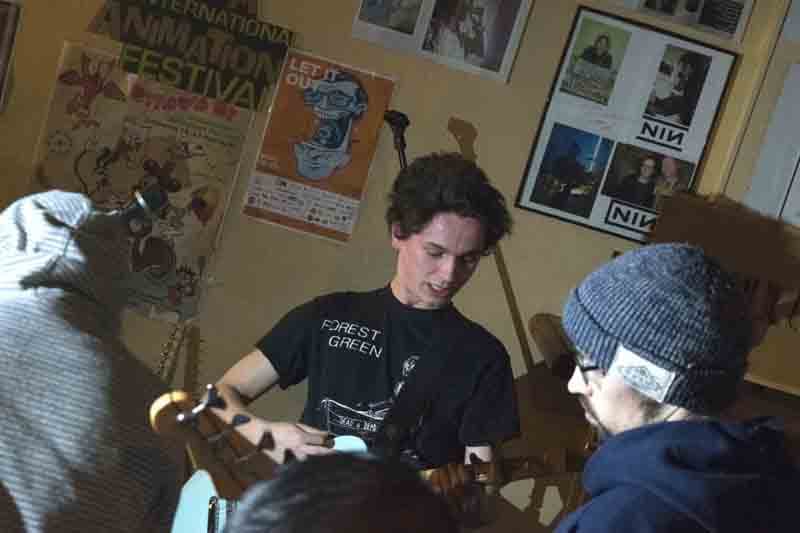 Though not at all local, you wouldn’t know that based on how the audience greeted them – as if they were from right around here in Ottawa. “Canada!” said Bogues after one of his songs, succinctly.

Mind you, they wouldn’t be outsiders. The emo community, as I said, is close and very much full of love.

One of the performers was Silent Lovers (aka Christina Leigh) and among her selections was “Through the Winter,” which she told the audience was inspired by her ex.

For another one of her songs, which was also inspired by an ex, she joked that people would hate her for playing it. But there was no hate, only people listening to people.

So close, in fact, I wondered if the guitarists might hit someone with their headstocks (we’re talking centimetres of space here.)

People joined hands and sung – together. It wasn’t just a group playing, it was the whole bar.

No matter what your tastes, please get out and support local music. They have something very special.

The city will install red light cameras at 20 new locations by the end of 2017 in an effort to reduce red light running. The 20 locations were selected based on collision data between 2012 and 2015 at every signalized intersection in the city. ...

Orpheus Musical Theatre Society presents Catch Me If You Can The Musical. Based on the DreamWorks Motion Picture, Catch Me If You Can follows the adventures of Frank Abagnale Jr., a suburban kid in the early 1960s who leaves home before graduating from high school and parlays a gift for telling tall tales and forging checks into an around-the-world spree. ...