Canada day festivities will take place on Parliament Hill, in Major’s Hill Park and at the Canadian Museum of History. (Photo/Devyn Barrie)

This weekend on July 1, celebrate Canada’s 152nd birthday in downtown Ottawa on Parliament Hill. Here’s what you need to know before heading out.

Most non-retail businesses and offices are closed on Canada Day, and just about all government services are shut down. Check out our open and closed list for more info.

Events will unfold in three locations:

There are some events happening on June 30 as well as Canada Day itself. The full schedule for all the locations is available on canada.ca.

From Canadian Heritage: “At 10 p.m. on July 1, the Manulife Canada Day Fireworks will light up the night sky in Ottawa and Gatineau for 15 minutes." We have a list of other fireworks shows at community events across Ottawa.

The Snowbirds will fly over Parliament Hill during the noon show. 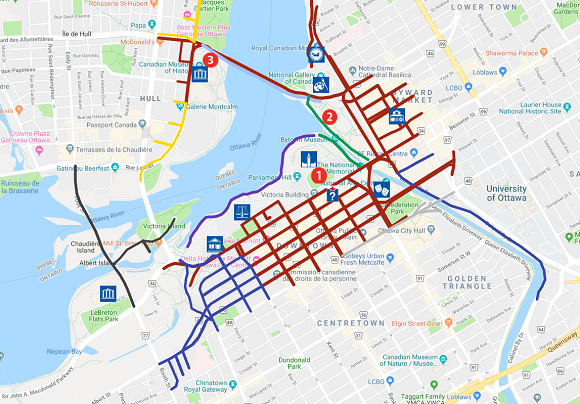 Lyft wants to help connect people to transit in Ottawa. But are they? (Graphic via Lyft) Rob Woodbridge has seen Ottawa go from being a mid-sized city to having over a million residents. As the city has grown over the past few decades, one thing has remained constant — like most cities, transportation is largely geared towards personal car ownership. ...

Fireworks during Stittsville Canada Day 2017. (Photo/Barry Gray) In addition to the fireworks show downtown at 10 p.m., there will be a number of community pyrotechnics around Ottawa on Canada Day. Here’s a guide to some around Ottawa. Tip us off to any other displays by emailing feedback@ottawastart. ...