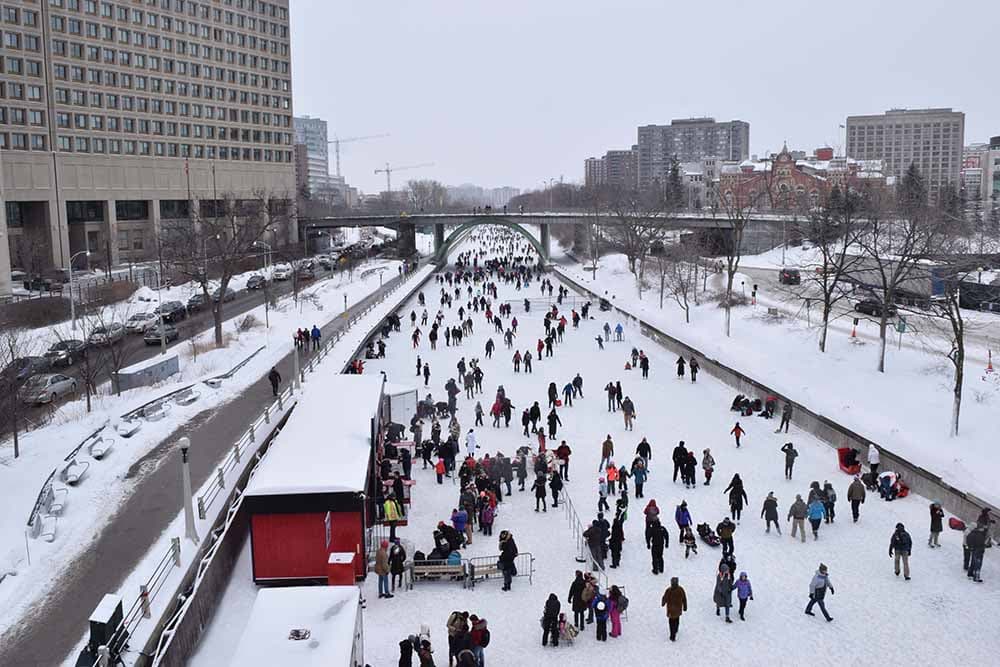 The Rideau Canal in early February 2017. (Devyn Barrie/OttawaStart.com)[/caption] _ (Via NCC) _ ** Canada’s Capital Region - ** The Rideau Canal Skateway is officially closed for the season. Our team inspected the ice conditions today and observed that the mild weather and the precipitations in Canada’s Capital Region over the last days have deteriorated the Rideau Canal Skateway’s ice faster than expected, to the extent that it will not be possible to repair it for skating this year. Additionally, there are several openings of water on the surface that the expected weather conditions will worsen.

Dr. Mark Kristmanson, the National Capital Commission’s Chief Executive Officer, thanked the Rideau Canal Skateway teams, the contractors who worked on preparing and maintaining the ice, the concessionaires, and the skate patrol for their hard work and dedication in greeting the 895,766 visits (through to February 15) from far and wide who came to enjoy the Skateway, a Canadian icon and world-class attraction.

The NCC is glad that the Rideau Canal Skateway was open for the three weekends of Winterlude, the Capital Region’s winter celebration.

The Rideau Canal, a National Historic Site of Canada and a UNESCO World Heritage Site, is owned by Parks Canada. The Skateway portion, close to downtown Ottawa, has been managed by the NCC during the winter months since the first skating season in 1970–1971. ** WARNING – UNSAFE ICE CONDITIONS ** ** ** Warmer temperatures and rain have deteriorated the ice surface and, in many places, the ice thickness as well. Water on the ice surface may hide serious hazards. The NCC urges the public to keep personal safety in mind and remain off the Skateway, as it is now closed. Observe the red flags, barricades and signs installed at Skateway access points. NCC staff and contractors will be working over the next few days to dismantle the equipment and infrastructure used in Skateway operations.

** PARTNERS AND SPONSORS ** The NCC proudly thanks Parks Canada, which maintains and operates the Rideau Canal.

The old Carlingwood Sears on Feb. 14, 2018. (Devyn Barrie/OttawaStart.com) A passerby at Carlingwood Mall as late as last week may be forgiven for thinking the Sears there was still open, as the blue lettering remained intact on the abandoned department store. ...