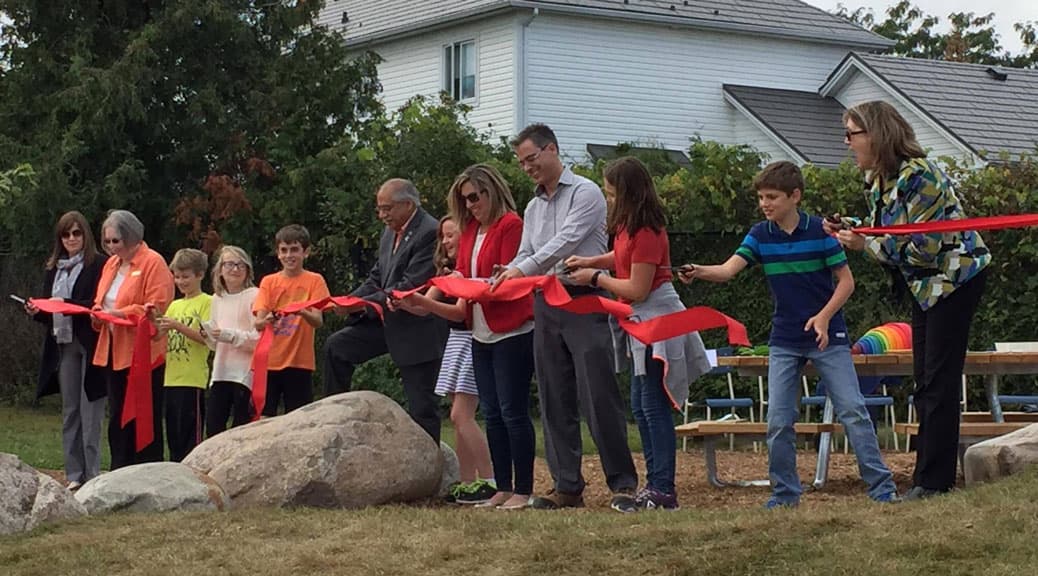 > > * * * > > _ ** “Parent Council saw this as an opportunity to get the kids out and moving while still considering the curriculum and academics. This is an opportunity to bring the learning outside. To be a place and a space for movement and fresh air. I think we’re starting to understand that with kids having difficulties concentrating at school, there’s a feeling that more movement and more fresh air might contribute to helping some of those situations.” ** _ _ –Sabrina Kemp, former co-chair of the Stittsville Public School Parent Council _

** Sabrina Kemp ** is ecstatic for the opening of a new outdoor classroom at Stittsville Public School.  An official ribbon cutting ceremony was held on Friday in front of students and staff.

“It’s fantastic, I’ve dropped by a few times and it’s great to see the kids playing. And I love seeing that the school can accept some risk, and the benefit that comes from that,” she says. 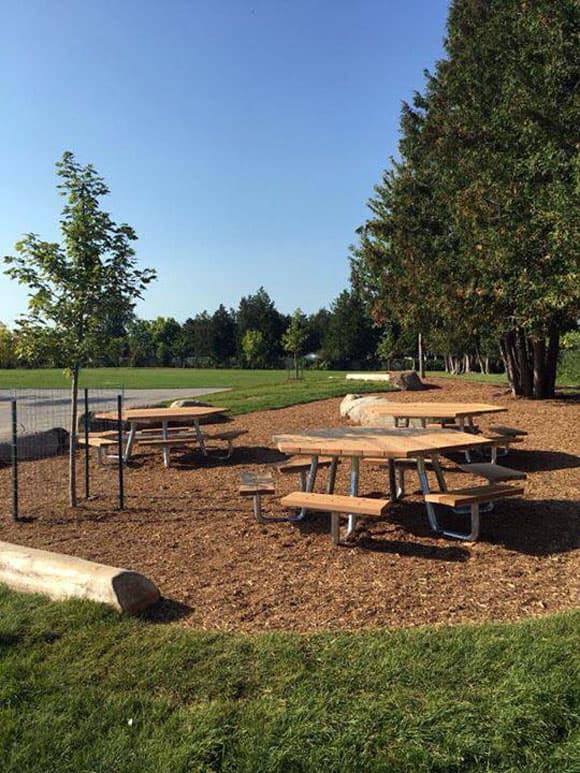 The classroom is a landscaped area behind the school with trees, rocks a log bench and three hexagon picnic tables. It’s fully accessible and is already being used as a learning and play area for students and teachers. (via Michelle Legault)[/caption]

The idea was hatched a couple of years ago when parents from a number of local school councils got together to share ideas for fundraising and volunteering.  St. Stephen’s had recently implemented their own outdoor classroom, and Kemp saw an opportunity for a similar project at Stittsville Public.

“I’ve always worked in the environmental field and I have a passion for that. I loved the idea and jumped on how we might do this at Stittsville public,” said Kemp.

The Stittsville Public’s Parent Council reached out to teachers and staff at the school to get their buy-in, and then started fundraising. The entire project cost just over $40,000, including about $21,000 through fundraising, a $9,000 grant from the TD Friends of the Environment program, and $2,800 from the City of Ottawa’s Community Environmental Projects Grant Program, and a contribution from Councillor Shad Qadri. The school board pitched in as well.

Some of the funding will go towards training for the teachers through Forest School Canada , and the development of “teacher toolkits”. Those are essentially “lessons in a box” that are linked to the school curriculum and intended for use in the outdoor classroom.

So how will teachers use the classroom? The space is designed to be used in a variety of ways, according to school principal ** Catherine Donnelly. ** “This is a journey for us. we’re learning about how to learn in an outdoor classroom,” she says.  “We’re anticipating teachers will use the classroom to learn about our relationship with nature, to water, to the environment. ”

“There’s a growing body of research that shows learning in nature has a benefit especially for children.  It connects them to the natural world, and that change of environment going from inside a school to out –  [it’s helpful] to reset their brains, learn something new, or apply something learned in the classroom to the real world.”

Take kids who are learning to measure. Once they head outside, they can practice measuring using things like sticks or rocks, and experience math in a different way.

“If you were to ask children to draw a picture about their summer,  it doesn’t matter where in the world you ask that question, you’ll get a picture that invovles something outside. We know children are drawn to nature… there are enough studies to suggest that by moving outdoors we can connect the learning that they’re doing from a textbook or video, and put it in play outdoors,” she says. 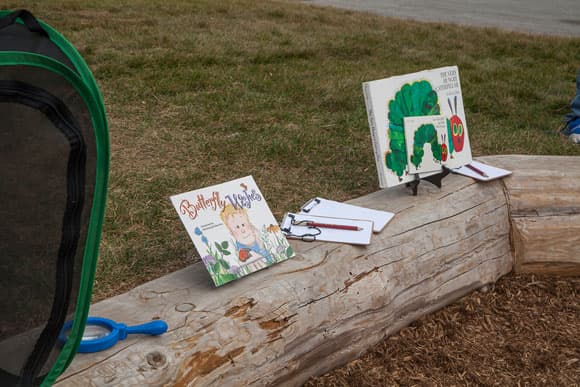 Donnelly says another unexpected benefit is that the classroom is providing an interesting space for recess and imaginative play.

Kemp says feedback from parents has been very positive so far: “They’re really seeing this as an accomplishment of the school community as a whole, that we were able to raise the funds to do this. It’s a positive thing for the school and for the kids.

And what do the students think?  For that perspective I asked an expert: my daughter ** Maddie, ** who’s in Grade 5 at the school.

“I think teachers will use it for art and science. It’s good to be outside because you get fresh air and you can move around. Our regular classroom has no windows, so it really doesn’t compare. There’s a lot of electronics inside so there’s more nature outside. At recess we use it for Extreme Simon Says.  A lot of people jump across the logs and rocks and stuff, and the tables are a good spot to draw,” she says. 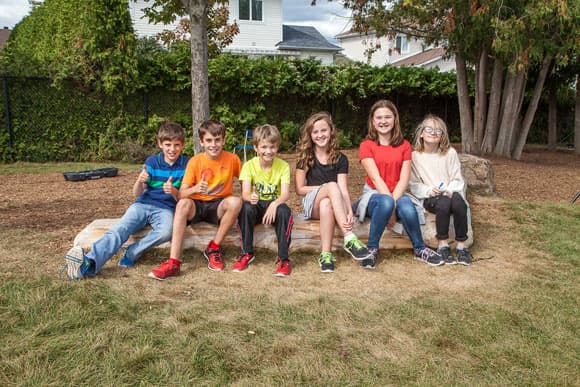 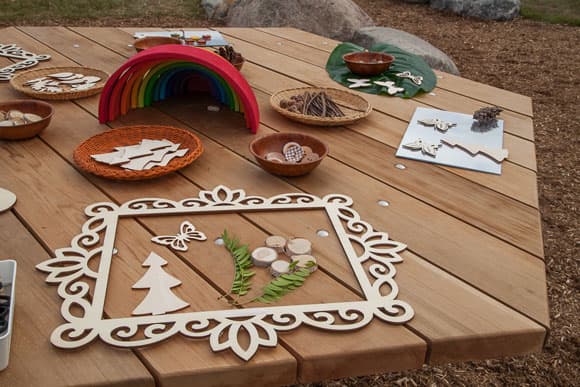 [caption id=“attachment_81427” align=“aligncenter” width=“1000”] We the Parents, a group that advocates for opioid awareness, is launching a new recovery program. Steve Cody, a We the Parents member, speaks at a meeting last Thursday. (Charlie Senack for OttawaStart.com)[/caption] Advocacy group We the Parents held a meeting at the Kanata Recreation Centre on Thursday to give an update on the growing opioid crisis and a smart recovery program coming to Kanata. ...

[caption id=“attachment_80952” align=“aligncenter” width=“1000”] Gabrielle Shonk and her band performing at the NAC Fourth Stage during its grand unveiling on Wednesday Oct. 4, 2017. (Roy Grogan/via NAC)[/caption] The trouble with booking emerging artists a year in advance is, when it comes time for the show to begin, they may not be “emerging” anymore. ...