_ (Via City of Ottawa) _ ** ** Ottawa ** ** – Today, after several months of discussion, Mayors Jim Watson and Maxime Pedneaud-Jobin announced an agreement between Ottawa and Gatineau that will better integrate the regional transit network. The Mayors were joined by Councillors Gilles Carpentier, Chair of the STO, and Stephen Blais, Chair of the Ottawa Transit Commission.

This agreement, a first in the history of the two cities, will help ensure efficient connections between the two transit systems when the O-Train’s Confederation Line begins service. It will also help achieve the two cities’ transit objectives and meet the needs of users on both sides of the Ottawa River. In addition to addressing the City of Ottawa’s long-standing concern over the volume of bus traffic on certain downtown arteries, the new service will help reduce travel times for a significant portion of Gatineau transit users who commute to Ottawa each morning.

Allowing STO buses to access Albert and Slater streets will bring many transit users closer to their workplace. Moreover, direct connections to the O-Train network at Lyon and Parliament stations will help improve access for users whose destinations are located further west or east in downtown. 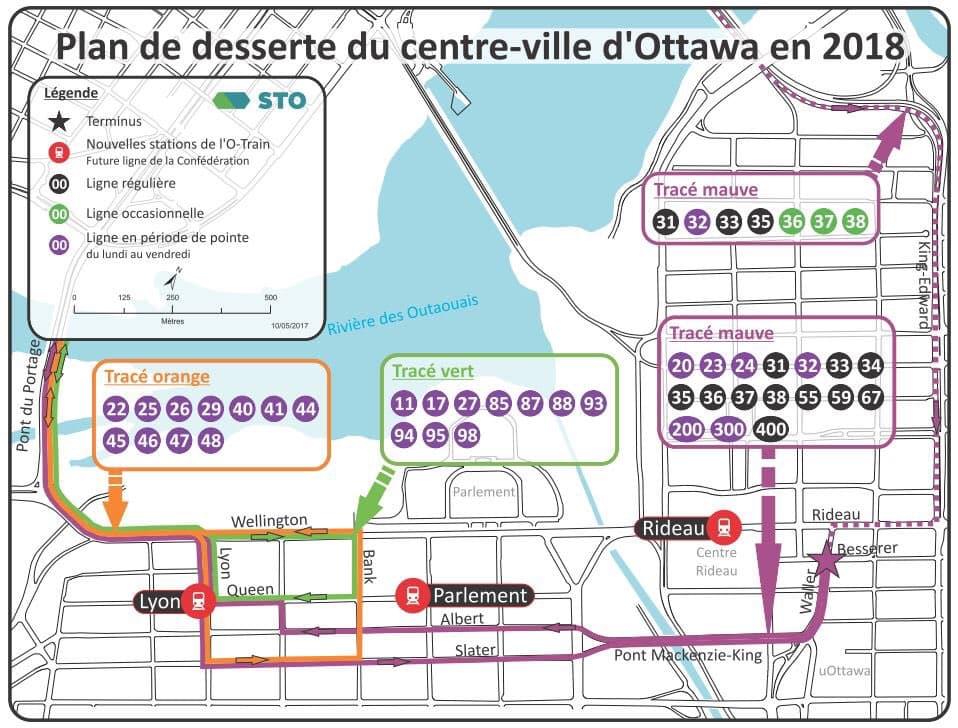 The agreement also provides an ongoing commitment to optimizing interprovincial trips more generally, such as by revisiting OC Transpo operations in Gatineau and by studying how to optimize OC Transpo and STO services on both sides of the River. ** ** Commitment to joint planning of interprovincial travel ** ** In addition to new downtown Ottawa service, O-Train integration and optimized interprovincial travel, the bi-lateral agreement creates of a joint planning and coordination group, which will facilitate collaboration and dialogue on future studies and large-scale transportation projects. The two cities have committed to establishing this group within the next 60 days. An announcement regarding its composition and mandate will be made in due course. The group’s main objective will be to ensure better integration of development plans related to transportation, especially plans that impact both sides of the Ottawa River. ** ** Integration of STO services with the O-Train Confederation Line ** ** ** ** ** ** With the O-Train Confederation Line’s underground tunnel servicing the downtown core, Albert and Slater streets will no longer be major transit corridors and there will be a significant reduction in bus traffic.

Thanks to collaborative efforts between both transit agencies, the following changes to STO service in Ottawa’s downtown will be implemented once O-Train service begins:

[caption id=“attachment_4904” align=“aligncenter” width=“580”] Bargain hunting at the Great Glebe Garage Sale. Photo by Chris Saunders .[/caption] Here are some pics we saw today on social media… add your finds to the comments below or tweet us at @ottawastart #GGGS 2017 finds ...

[caption id=“attachment_68944” align=“aligncenter” width=“1000”] Ryan Mason, left, and Zara Ansar are planning a large skip rope party in Lansdown Park on June 3. They received a $1,000 microgrant from Awesome Ottawa to fund it. (Awesome Ottawa)[/caption] Remember the days of yore when carefree recesses were spent on the schoolyard with friends, playing foursquare and tag and double dutch? ...