anniversary. The event will take place in the Canada’s National Arts Centre within the newly renovated Southam Hall. Program selections include Brahms’ timeless Violin Concerto, the grandeur of Mussorgsky’s Pictures at an Exhibition (arr. Ravel), as wells as an original contemporary composition by Chinese composers Lu Zheng and Hongye Ma.

This event marks the first partnership between the Ottawa Symphony and Beijing Symphony. This relationship builds on a series of cultural, educational and administrative exchanges that have built upon the sister-city connection between Ottawa and Beijing established in 1999.

event represent some of Ottawa’s top home-grown talent. Ottawa Symphony musicians will be present in all sections of the orchestra including strings, winds and brass.

Founded in 1977, Beijing Symphony Orchestra is one of China’s preeminent performance ensembles. With support from the municipal government of Beijing, the Orchestra garners international acclaim. The Ottawa performance will be under the baton of internationally recognized Chinese guest conductor Muhai Tang, who currently holds the post of Artistic Director of The Tianjin Grand Opera as well as the Shanghai Philharmonic, and who has made recent guest appearances with Berlin Philharmonic, London Symphony Orchestra, London Philharmonic and San Francisco Symphony, among many others. 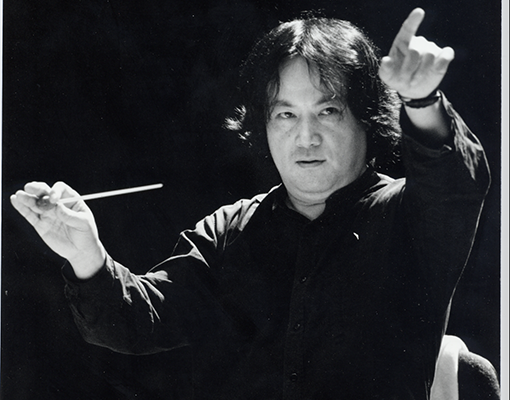 Performing more than 80 concerts each season, the Orchestra’s extensive repertoire and unique Chinese style have helped to make the Beijing Symphony Orchestra one of China’s cultural institutions. The ensemble is a leading promoter of new music, and each year, the Orchestra commissions at least one major work from a Chinese composer. The BSO is also dedicated to mounting artistically outstanding performances of the core orchestral repertoire and have presented Chinese premieres of works such as Dvorak’s Symphony No. 6 and Symphony no. 7, and Bruckner’s Symphony No. 5.

With a lineage of 115 years, the Ottawa Symphony Orchestra’s roots reach back almost as far back as Confederation. The OSO is led by artistic director Alain Trudel. Well known for its unique and imaginative programming, and for frequently performing contemporary Canadian music, the Ottawa Symphony places a particular focus on Ontario composers. The Orchestra’s make-up and its programs reflect its commitment to the promotion of Canadian talent through the continuing employment of local and regional musicians, the engagement of both local and Canadian soloists of international stature, and the regular inclusion of Canadian works in its programs. The Ottawa Symphony is well-known for collaborating with other local organizations, such as the Ottawa Choral Society, the Ottawa Youth Orchestra, and the University of Ottawa.

RideauStone Arts Centre, a newly established Ottawa organization, will present the concert with the support of the Beijing Municipal Government. RideauStone Arts Centre aims to work with Ottawa and Beijing to organize cultural events connecting the countries. Beijing Culture and Arts Fund is Presenting Partner for this concert.

Tickets for the February 12

There were no injuries reported after a double-decker bus full of people caught fire Tuesday in rural south Ottawa. The fire happened around 6:48 a.m. at 4825 Piperville Road. The bus contained dozens of people, who all got off safely. ...

_ (Via Ottawa Public Library) _ ** Ottawa – ** It’s 2017 and the Ottawa Public Library is joining the festivities to mark Canada’s 150 th anniversary by celebrating the art of STORYTELLING throughout the year. In January, OPL will explore STORYTELLING through song, and what better way to do that than with a kick-off concert featuring Canadian musician and author Alan Doyle, along with his band the Beautiful Gypsies ! ...