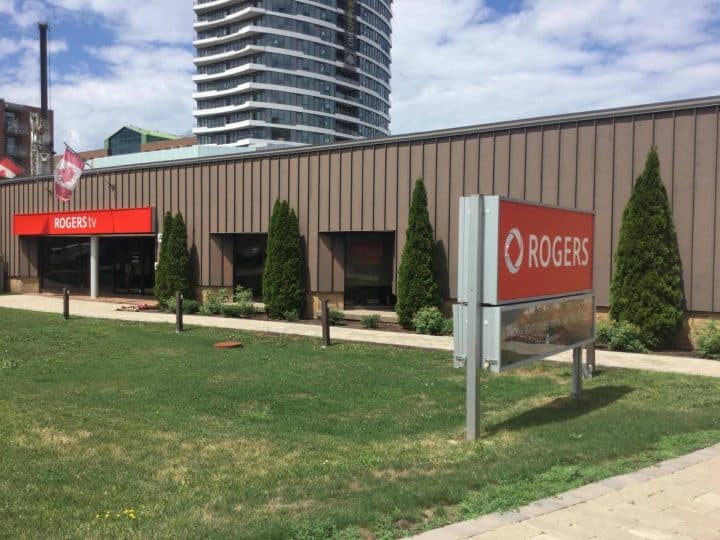 Eight staffers at Rogers TV in Ottawa were casualties in a rash of layoffs across the network in Ontario. (File)[/caption]

Rogers TV in Ottawa will stay on the air, but eight full time employees have lost their jobs as part of a round of layoffs across the network’s Ontario stations.

“I can confirm eight full-time employees were impacted earlier this week at Rogers TV in Ottawa,” wrote spokeswoman Stephanie Leslie in an email. “This will have a minimal impact on viewers.”

The eight staffers who were laid off worked at both Rogers’ English and French stations. The stations, which are only available to Rogers cable subscribers, will continue to operate normally, Leslie said.

Dozens of employees have been dismissed amid cuts and Rogers shuttered four stations in Southern Ontario.

Stations in Richmond Hill, Ont. and Mississauga closed on Tuesday resulting in a loss of 23 jobs, the _ Barrie Examiner _ reported. In Feburary, stations were closed in Toronto and Brampton.

The cuts, Leslie said, stem from a CRTC decision in June 2016 that will take effect in September. The decision reduced the maximum that cable companies can spend on local television to 1.5 per cent of the previous year’s broadcast revenues, down from two per cent – a 25 per cent reduction.

Rogers TV broadcasts dozens of shows in Ottawa, including Daytime Ottawa with Boom 99.7 host Dylan Black and Ottawa Today, a simulcast of a 1310 News talk show with Mark Sutcliffe.

Last week, we published an editorial entitled “Ottawa’s barking about parking becoming tiresome.” Here are some of the responses we heard from readers. _ Comments edited for style and clarity. We love hearing from readers. Comment below or send letters to feedback@ottawastart. ...

A fire last week in a portable at the Kanata Montessori School destroyed many of the school’s musical instruments. David and Marie Haynes, who have kids who attend the school, are organizing a donation drive to collect instruments to replace what was lost. ...