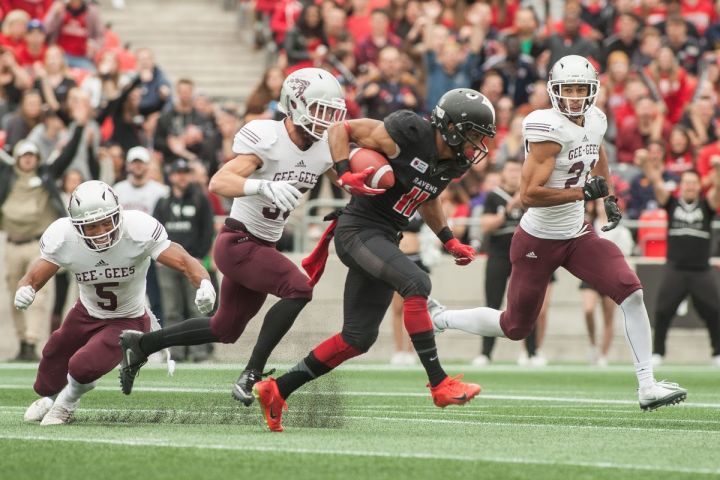 meeting between these crosstown rivals set a modern-era Panda Game attendance record as a crowd of 23,329 packed TD Place Saturday afternoon. It is also the highest CIS regular season attendance on record in the past two decades surpassing Laval’s mark of 19,200 set in 2005.

On the field, the rivalry didn’t disappoint. It was the Carleton Ravens claiming their third straight Panda Game with a 43-23 win.

_ (press release) _ (Ottawa)- The Ottawa Police Service is investigating a shooting that occurred in the area of Byward and George St at approximately 0300 hrs on the 2nd of October, 2016. One 27 yr old male victim was transported to hospital in critical condition and is receiving treatment for apparent gunshot wounds. ...

[caption id=“attachment_52573” align=“aligncenter” width=“557”] At Caffeine 1UP on Rideau Street (Devyn Barrie/OTTAWASTART.COM)[/caption] When _ ** OttawaStart.com ** _ dropped by at Caffeine 1UP at 362 Rideau Street Wednesday, the place had already been open for slightly more than two weeks after a soft launch. ...