_ (article via Puck App) _ Puck App is a Toronto based start up that just launched its services in Ottawa . Puck is setting out to solve a unique hockey problem.

The problem is that there aren’t enough hockey goalies to meet the demand of hockey games being played.

Anyone who has played hockey before knows that playing hockey without a goalie isn’t any fun and in most organized leagues, the team automatically forfeits the game without a goalie.

The Solution? Puck is an app that allows teams to quickly rent a goalie for their game by matching them with the best available goalie.

When a team needs a goalie, they are able to be matched with the best available goalie. The team is charged $40 for a game and the goalie receives between $25-35.

In Uber like fashion, the goalies and teams can rate each other and tip their goalie based on performance.

Puck has been live in Toronto for 3 months and has already 100+ goalies serving games in the city and is looking to expand to Ottawa and Montreal by the end of the year.

They are looking for hockey goalies and teams in Ottawa who are interested in playing the game they love and want to make some extra money! Visit http://www.puckapp.ca/rent-a-goalie-in-ottawa/ to download the app to register!

Join their facebook page as they launch in new cities www.facebook.com/getpuck 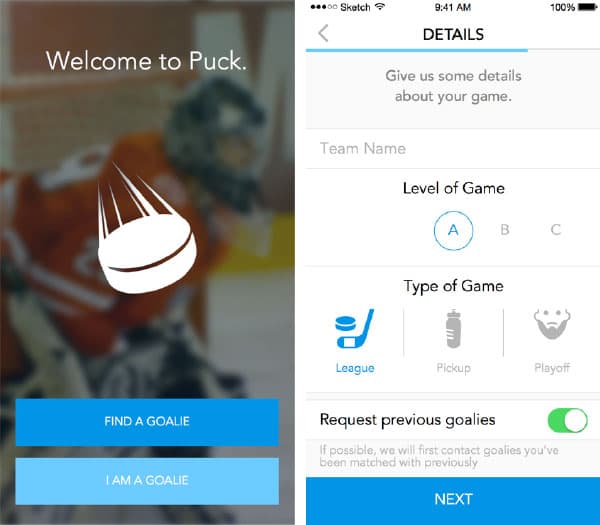 The Women Helping Women Purse Initiative has collected more than 3,000 purses filled with feminine hygiene. The project was started by Ottawa resident Heidi Danson in October this year, when she came up with the idea after reading a magazine article about the lack of access homeless women had to menstrual supplies. ...