The Horticulture Building at Lansdowne was a who’s-who of different cultures Wednesday night, for the launch reception of a year-long series of events called Ottawa Welcomes the World.

The showcase is part of Canada 150 celebrations and will include dozens of events running from March to December. Over 75 countries will participate.

The reception was packed with local officials, sponsors and envoys from high commissions and embassies of participating countries. In addition to performances such as a Mariachi band and African drums, several diplomats set up tables to showcase a part of their nation’s culture.

“This is a wonderful kickoff,” said city councillor Jean Cloutier, a member of Ottawa 2017’s board of directors. “It’s a gathering of all the many from the diplomatic community… it just shows the quality of events that people can expect [through the year].”

“It’s an opportunity to celebrate with Canada,” said Sophia Amboye, a staff member with the Kenyan high commission. “150 [years] is not a short time. Kenya is celebrating 53 years of independence.” _ Photos by Devyn Barrie/OttawaStart.com _ [caption id=“attachment_61267” align=“aligncenter” width=“6000”] 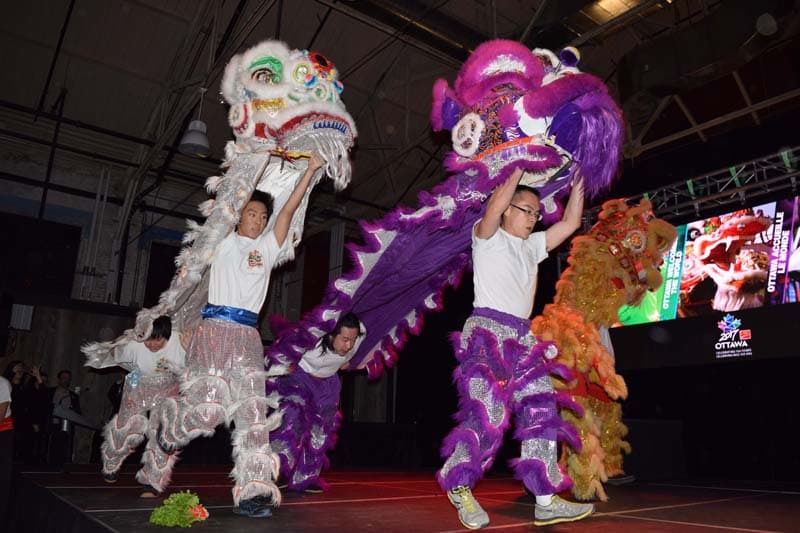 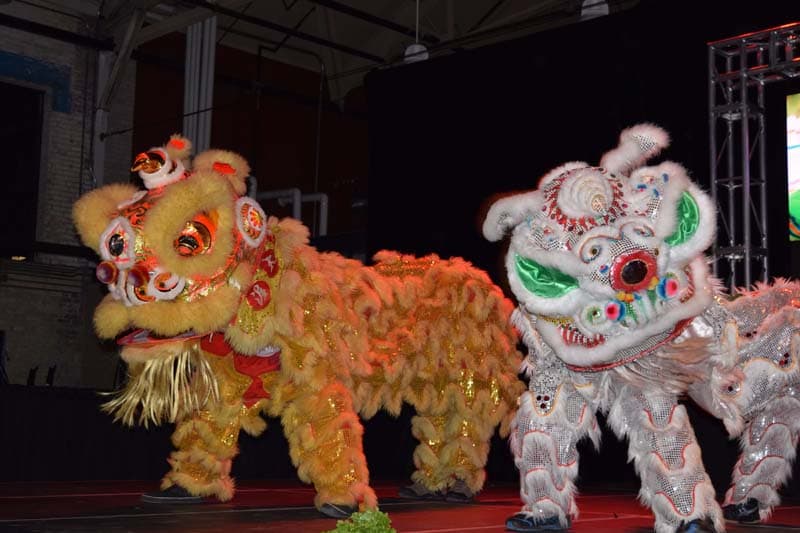 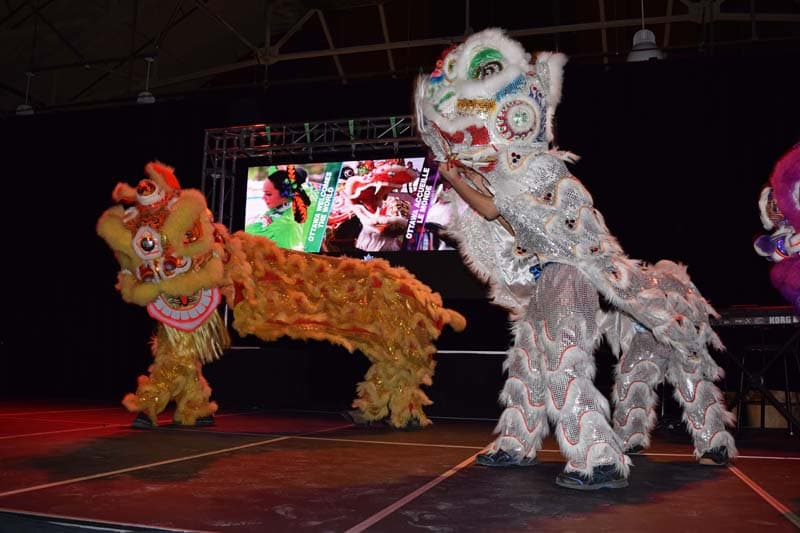 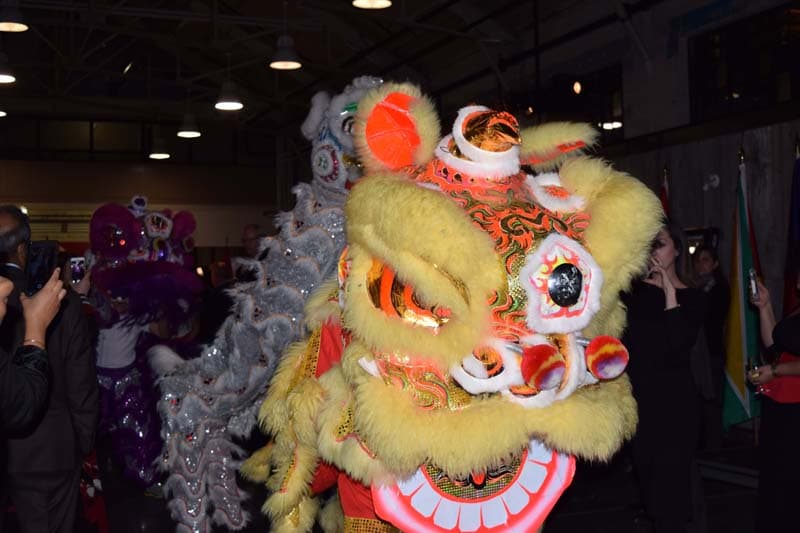 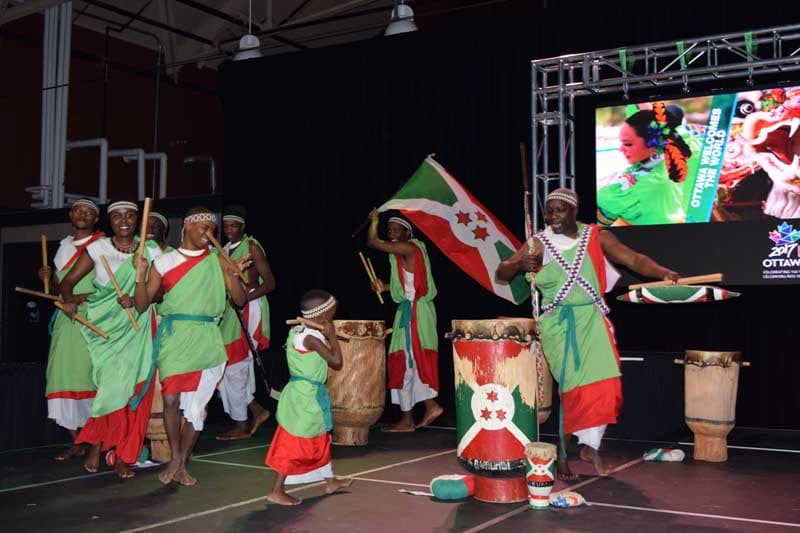 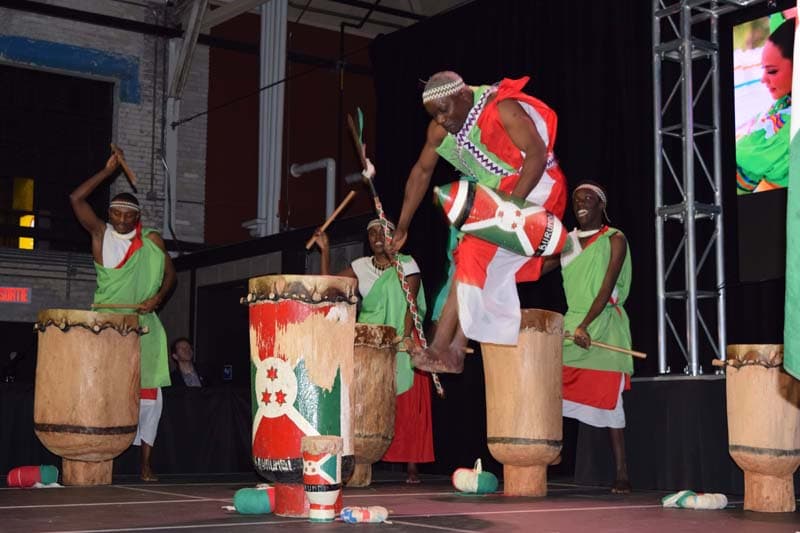 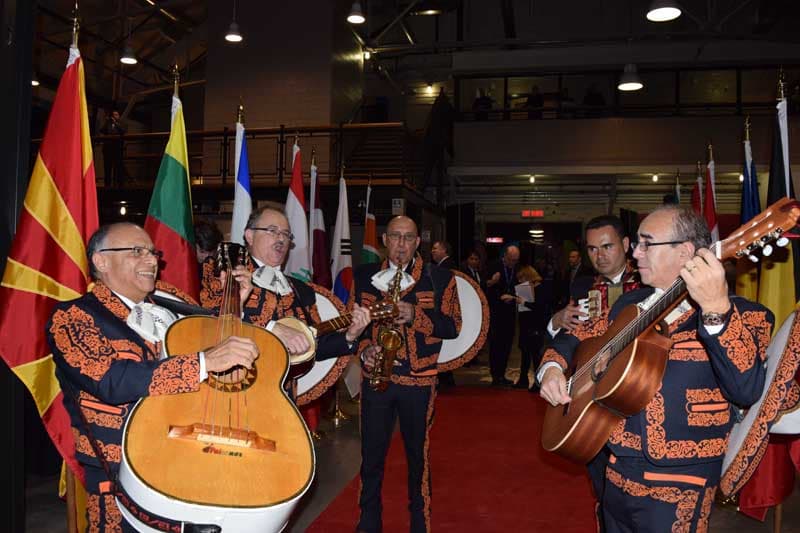 A Mariachi band marches its way through the Horticulture Building.[/caption] 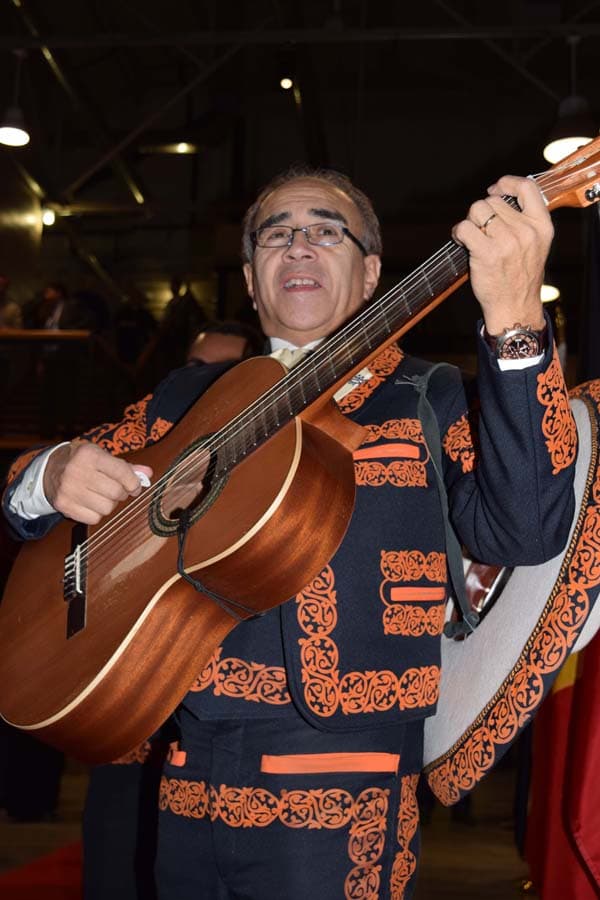 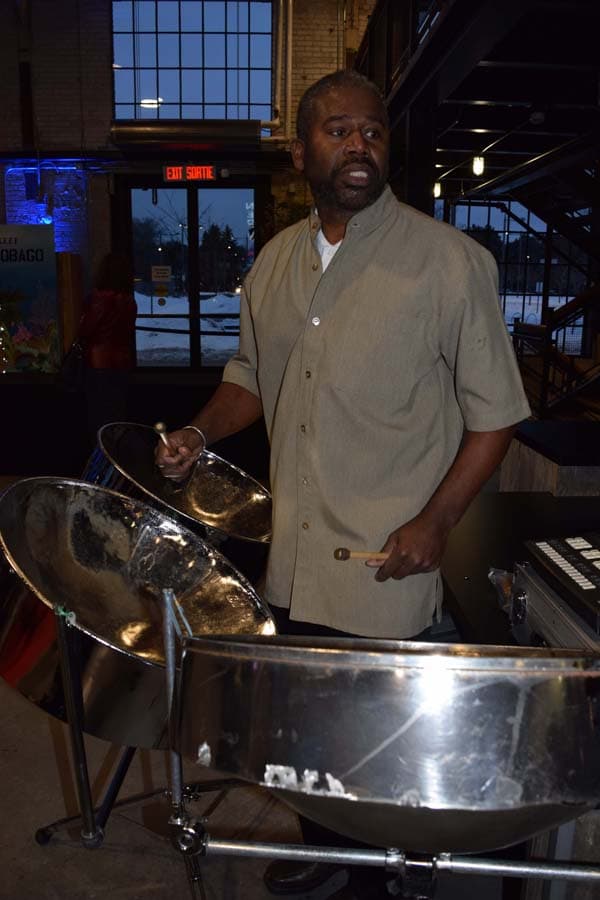 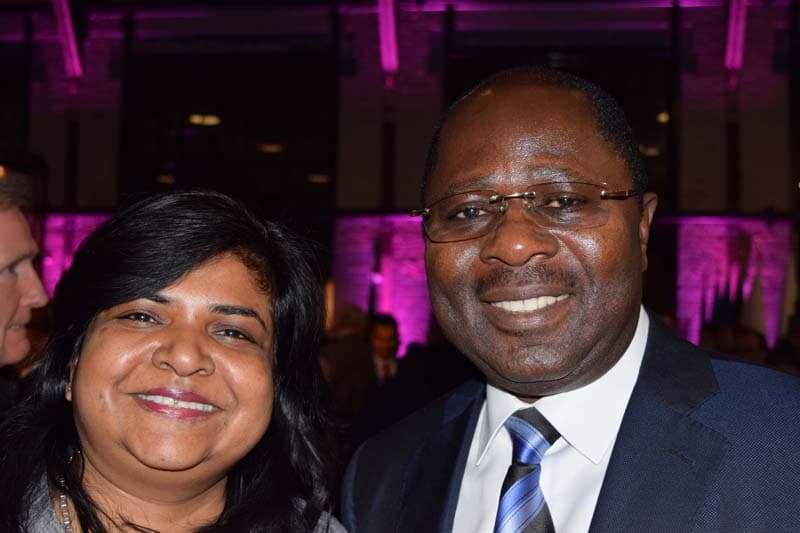 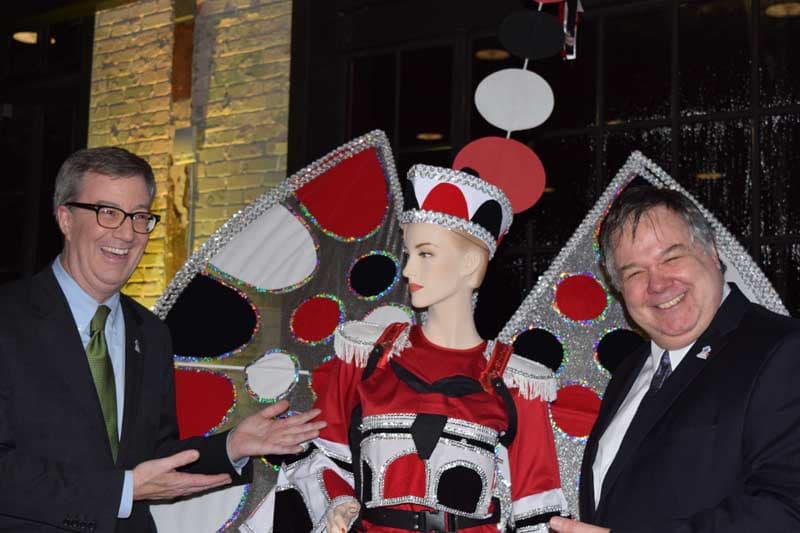 L-R: Mayor Jim Watson and city Councillor Jean Cloutier pose with a traditional Carnival costume from Trinidad and Tobago. Carnival is one of the most important celebrations in the twin-island nation, known for its vivid costumes.[/caption] 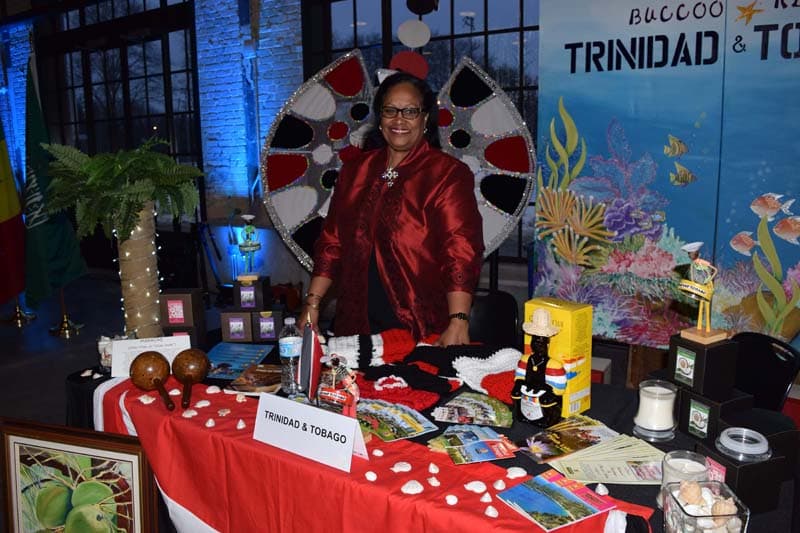 Ava Chu is the director of creativity for Trinidad and Tobago’s 2017 show in Ottawa Welcomes the World. She’s displaying a variety of items and tourist information for her country.[/caption] 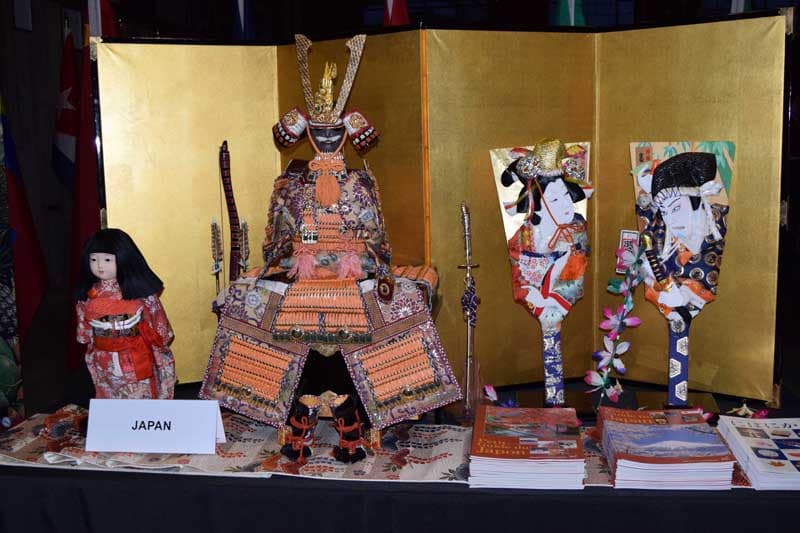 The Japanese table featured a model of ancient armour (left) and two modified tennis rackets (right), decorated to celebrate past and future new year’s. The design is based on tradition dating back centuries.[/caption] 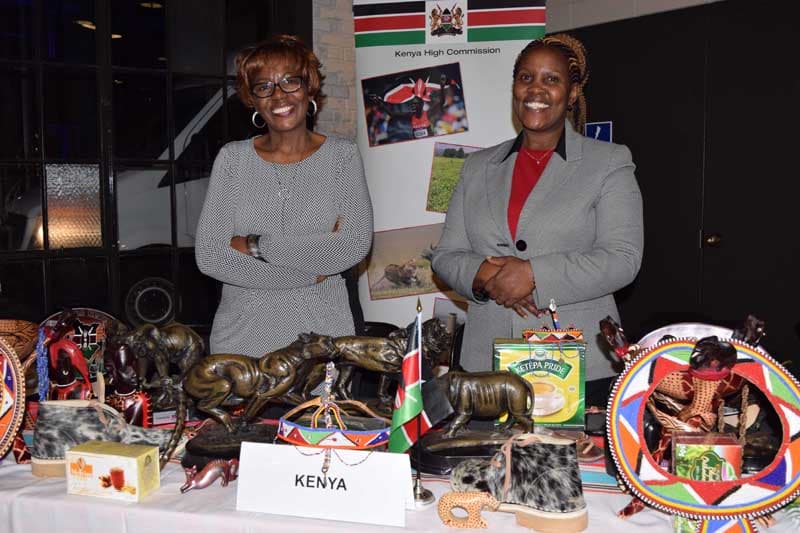 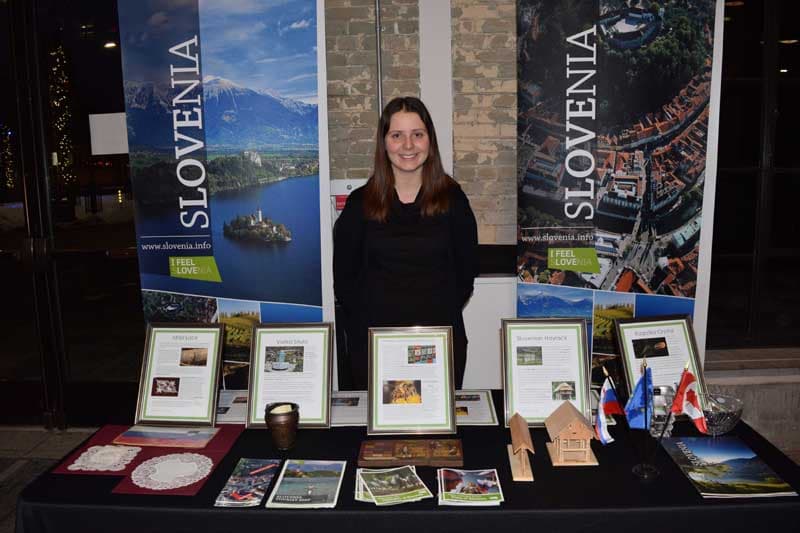 Adrianna Sustar from the Slovenian embassy showing off unique items from her nation, including a replica of an artifact from an archaeological dig and beekeepers’ items. Beekeeping holds a special place in Slovenia and she says they are trying to get the U.N. to recognize World Bee Day, which is on May 20.[/caption] 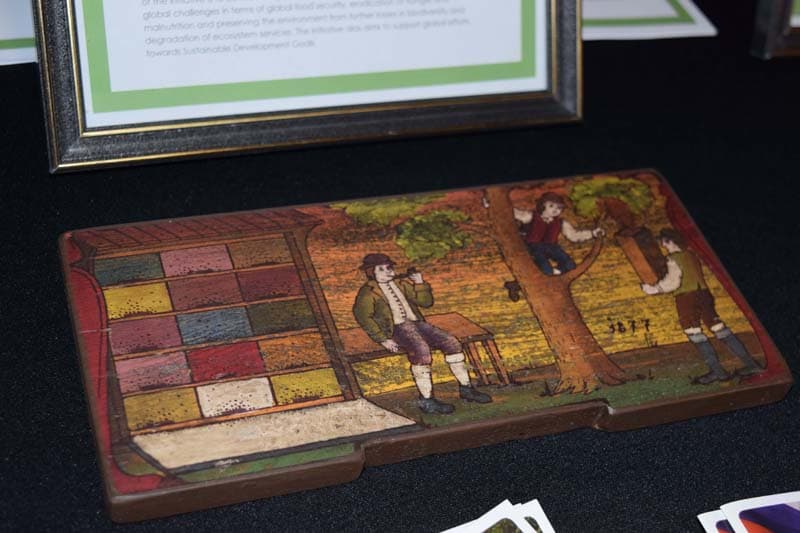 A door to a Slovenian beehive. Adrianna Sustar of the Slovenian embassy says these doors are uniquely decorated by their keepers, usually to tell a story.[/caption]

[ ](https://nac-cna.ca/en/presents?utm_source=display-direct-ottawastart&utm_medium=display-desktop-textad&utm_campaign=nacp-16-17-en-januarybundle) Now in its 6 th season, the all-Canadian music series ** NAC Presents ** , in partnership with ** BMO Financial Group ** , is proud to present over 65 performances throughout the 2016-17 season. From folk to pop, to country and francophone music, Ottawa will certainly be treated to a diverse array of amazing performances - all of which are happening under one roof! ...