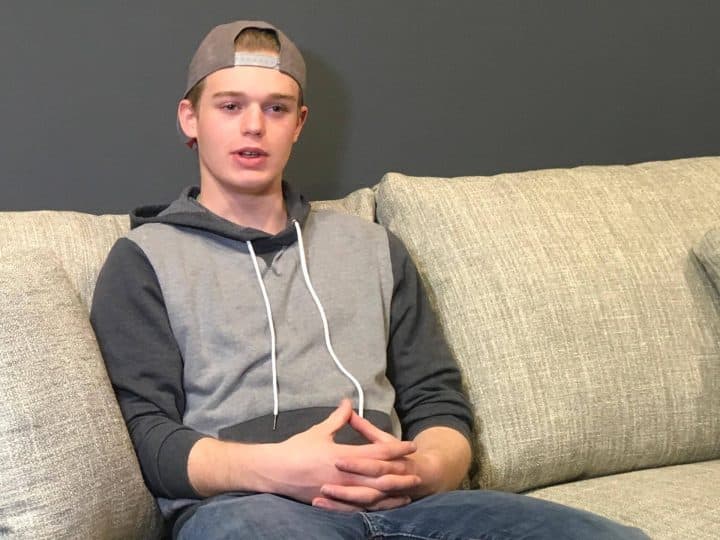 From a Bayshore area crackhouse to overdosing in a Kanata garage, to getting clean in a detox centre, Aiden, 17, recounts his close calls as a drug user. (Charlie Senack/OttawaStart.com)[/caption] _ Charlie Senack – Special to OttawaStart.com. _ To escape the reality of an abusive father, Aiden started using drugs.

If the stress of high school isn’t enough for a teenager, it is even worse when you don’t have a supportive home life. That was the case for Aiden, a 17-year-old from Kanata.

“My home life was really bad,” he said. “My dad is ex-military and he would just bug me all the time and just make me do a bunch of stuff his way so after school I would just go home and smoke pot.”

To avoid being connected to his father, Aiden requested we do not publish his surname.

Aiden started using drugs in Grade 7. The situation continued to progress until it was too late. On top of that, drinking also became an issue, making the situation even worse.

“I started (drugs) back in Grade 7 and 8,” he said. “In Grade 9 and 10, I started getting into the harder stuff and drinking everyday.

“It started being a way to get away from my life because my parents were always fighting,” he said.

Following this Aiden ran away from home and lived in a trap house (also called a crack house) near Bayshore where he, alongside other members, would do drugs all day.

“I ran away from home and lived in a trap house for a year and literally just doing hard drugs like molly (MDMA), coke, and stuff like that.”

In the summer of 2016, Aiden was introduced to Fentanyl, a type of opioid drug that can be deadly. Fentanyl, often laced with Percocet pills, invaded Kanata in August of 2016.

In total, Aiden has overdosed seven times, including last New Year’s Eve in another family’s garage

The owner of the house, Kanata businessman Sean O’Leary, arrived just in time to perform CPR, which kept him alive until paramedics could respond. O’Leary, whose own daughter also struggled with drug addiction, later went on to form a support group for parents of teens struggling with a drug addiction.

“I want people to start talking… We’re just the tip of the iceberg," O’Leary told _ OttawaStart.com _ in February after he first spoke out about teen drug use in the community.

Aiden does not remember much from that night he almost died.

“My last memory is popping all those pills and just doing a bunch of it and then getting into someone’s car and then it’s all black from there,” said Aiden.

Aiden continued using drugs a few days after that incident and ended up overdosing two more times. He finally got clean after going to the Ottawa Withdrawal Management Centre on Montreal Road – which Aiden says saved his life.

“It’s awesome,” he said. “You have a place to sleep, three meals a day as well as really good programs there that teach you how to adapt.”

“Three months of your whole life is no time at all and helps out a lot,” adds Aiden.

Aiden says if he did not go there he would have wanted to go to the Dave Smith Youth Treatment Centre which is at capacity and currently has a 60-day waiting list. The centre wants to expand and is trying to raise $3 million to fund the $7.8 million project, which would add six new beds from the current 24. 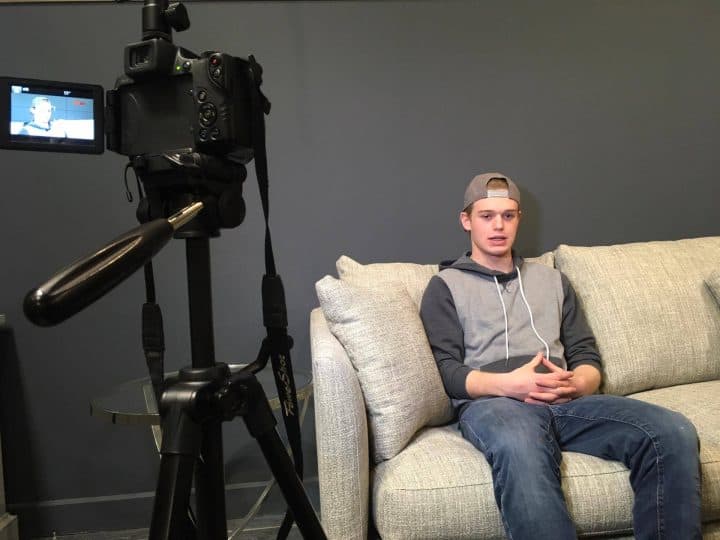 After seven overdoses, Aiden knew he had to get clean. (Charlie Senack/OttawaStart.com)[/caption]

Relapsing is extremely high for fentanyl users. Aiden however feels his risk of relapsing is low because he is now keeping himself busy.

“I have two jobs, work all the time, do recreational activities because keeping yourself busy will keep your mind off of it,” he said. “I feel it’s important to keep myself busy."

Aiden said staying away from friends who are using also helps.

“Especially when you first start trying to get clean I think you should stay away from friends who are still using because it’s definitely a temptation.”

“You want to stop but if it’s around you you’ll want to get it. Your brain will try to trick you." _ Charlie Senack is an Ottawa freelance journalist covering the Fentanyl crisis. His reports are regularly seen on his YouTube channel . _

[caption id=“attachment_67020” align=“aligncenter” width=“1000”] Ottawa 2017’s executive director says parking spaces on York Street were re-accommodated as Inspiration Village takes over this month. Shipping containers being installed on Thursday, April 27. (Devyn Barrie/OttawaStart.com[/caption] The 92 parking spaces taken up by Ottawa 2017’s shipping container extravaganza do not represent a net loss of parking in the ByWard Market, because the city was able to shift them elsewhere, Ottawa 2017 Executive Director Guy Laflamme said. ...