_ Our crowdsourced list of the best events in Ottawa this week. You can find even more events on our Ottawa Event Calendar . Check back here, as the list is updated throughout the week. _ _ Got an event? Add it here! _ Check out some great photos of this event on our sister site StittsvilleCentral.ca… ** August 6-20: Casino du Lac-Leamy’s Sound Of Light ** ** Related: ** PHOTOS: Fireworks over the city Since August 2014, fireworks lovers from here and afar now have the opportunity to gather in the backyard of the Canadian Museum of History, as the Casino du Lac-Leamy Sound of Light’s pyromusical shows are launched over the Ottawa River. Firework fans are now able to enjoy the natural scenery of the Museum, as well as  take advantage of the Museum’s permanent infrastructure and benefit from its downtown location. 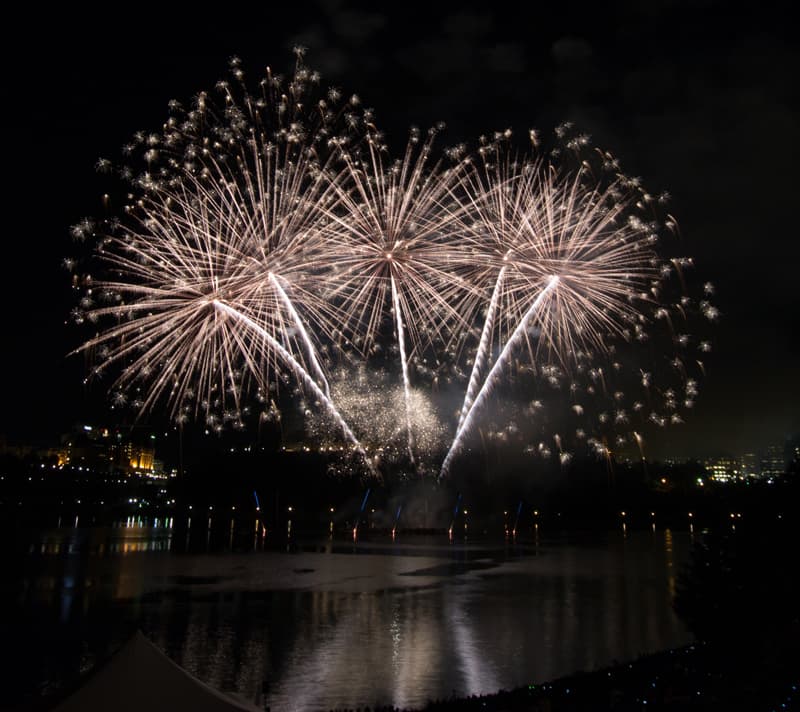 Casino du Lac-Leamy Sound of Light[/caption] ** August 11-21 ** ** : Ottawa GreekFest ** The Hellenic Community of Ottawa invites you to the annual Ottawa Greekfest!  Come enjoy traditional Greek cuisine, dancing, and hospitality!  And best of all, admission is FREE!

and the Grand Event, a FREE FAMILY FRIENDLY Outdoor Event on Saturday August 13

at Ottawa City Hall in the heart of Canada’s Capital..! ** ( Schedule here ) ** ** August 11-14: Navan Fair ** Since 1945 The Navan Fair has been the favorite weekend of the summer for thousands of local residents that come to enjoy the hospitality of the people of Navan and the incredible entertainment and exhibits. ** August 12: Goose Island Beer Co. tap takeover at Darcy McGee’s ** Goose Island is excited to be bringing more beer varieties than ever before. The brewers and educators from Goose Island are hosting a Tap Takeover at Darcy McGee’s on Friday August 12

at 7:00 p.m. Ottawa beer fans will have a chance to sample a variety of distinct and rare Goose Island beers that will be available on all taps for the night, including: Illinois Imperial IPA, Madame Rose and Four Star Pils. ** *NEW: August 12 (More beer!): Watson’s Mill craft beer tasting **

** August 13: West end food truck rally ** Twelve food trucks will bring international flavours to Bells Corners in support of the FAMSAC Food Cupboard, west Nepean’s emergency food assistance program.  FAMSAC typically serves more than 80 families each month, but saw a 30% increase in demand for food in June alone.  On Saturday, August 13, join your friends and neighbours in supporting this essential community program!  Admission to the rally is free, but we invite visitors to bring a toonie (or more) to add to FAMSAC’s refrigerator/freezer fund.  An expanded Kids’ Zone, featuring free games, activities, and face painting, make this a perfect event for people of all ages! Find out more on Facebook and Twitter . ** *NEW: August 13: 613Flea at Lansdowne Park ** Fun. Fabulous. Free! Artisans, designers, artists and makers come together with antiques dealers, independent boutiques, food merchants and vintage clothing vendors to create an amazing marketplace. It’s all happening at the new Lansdowne Park (1015 Bank St., Ottawa K1S 3W7) from 10am-4pm on Saturday August 13, 2016. www.613flea.ca

_ (press release) _ This date, August 6th, 2016, @ 15:42 hours, Ottawa Emergency Services were alerted to a possible child drowning on the Ottawa River at the Constance Bay Beach in the area known as the point. In this area the gradual sloping sand suddenly drops off to a depth of approximately 15 feet with swift moving current. ...

_ (Photo by @HansontheBike ) _ _ (press release) _ Ottawa - The Laurier Avenue cycling lanes, built to establish a safe bicycle corridor through Ottawa’s downtown, have reached a milestone with two million bike trips since its opening in 2011. ...