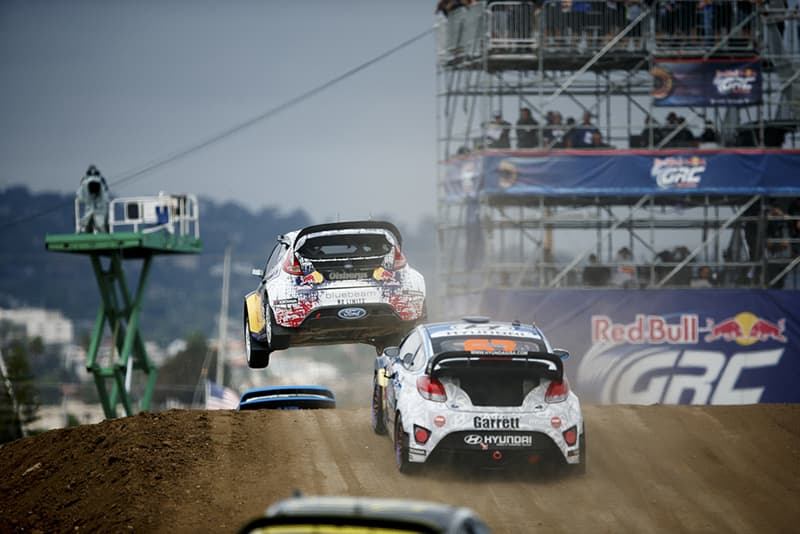 If there was ever a reason to make it out to watch the Red Bull Global Rallycross this weekend, it may as well be to watch race cars flying 70 feet into the air at extreme speeds, or spinning out on a dirt track.

Either way, this weekend promises plenty of excitement as the Ottawa/Rockcliffe Airport transforms part of its runway into a 1.22 km professional race track for rounds five and six of the Global Rallycross.

“I think this will be one of the high points of our season,” Chip Pankow, COO of Red Bull Global Rallycross, told _ OttawaStart.com _ .

There is hardly anything long in the Global Rallycross, he said, with short heats and short tracks, usually with a good portion of the track made of dirt (35% of the Ottawa track is).

The audience is seated all around the track and tickets get you into the pits to watch drivers come and go. “There’s not a bad seat in the house,” Pankow said.

The races are formatted with heats and qualifying rounds. Pro drivers work their way up the heats and rack up as many points as possible, which determine their starting position.

Because the weekend is a double-header, each day will have “the same action and content,” Pankow said.

The drivers, who Pankow said are all professionals, are split into two levels.

Young drivers, around the ages of 16, 17 and 18 go into the Lites class. The Supercar class is the higher level and many of the drivers are also found in NASCAR and IndyCar.

A favourite to watch is Steve Arpin, a Canadian from Ft. Frances, Ont., who won the last race in Thompson. 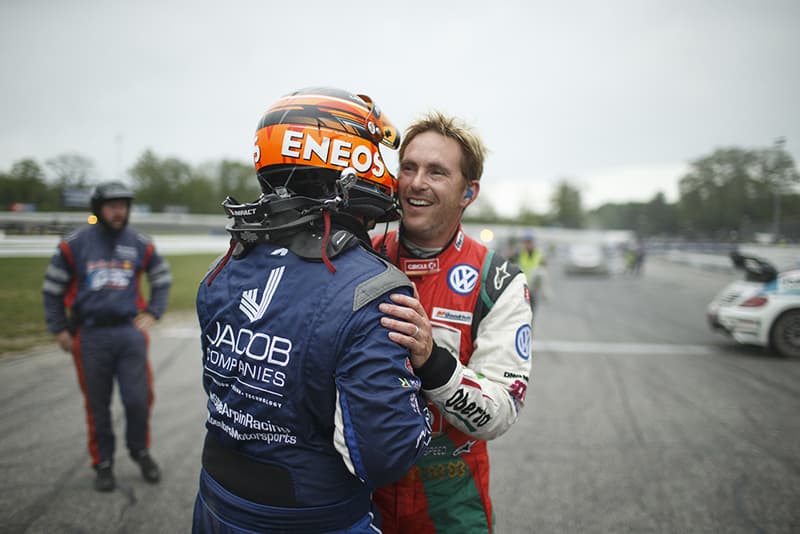 Steve Arpin celebrates his victory with fellow competitor, Scott Speed, at Red Bull Global Rallycross in Thompson, Connecticut on June 4, 2017 (Chris Tedesco/Red Bull Content Pool)[/caption] _ Correction: Due to inaccurate information provided by Red Bull, an earlier version of this story said Ottawa is hosting rounds six and seven of the Global Rallycross. It is hosting rounds five and six. _

[caption id=“attachment_70449” align=“aligncenter” width=“1000”] A car driven by Sebastian Eriksson makes the dirt jump on the Red Bull Global Rallycross track at the Ottawa/Rockcliffe Airport Friday. (Devyn Barrie/OttawaStart.com)[/caption] As we waited at the starting line for the OK to go, I remember saying to myself “What was I thinking? ...

** Ottawa Garden Days ** ** June 9-18 2017 ** Garden Days, is Canada’s coast to coast to coast, ten-day celebration of our National Garden Day which is held annually on the Friday before Father’s Day. This ten-day program of activities and events is for gardening enthusiasts, families, schools and tourists alike. ...