Sorry to hear the news this morning from Elly Laberge that she’ll be shutting down her arts and music blog Eventful Capital. It’s been around for seven years and has been an important part of that scene in Ottawa. The good news is she’ll be turning her attention to a new email newsletter, Le Pressoir, to cover Ottawa-Gatineau culture in French. (Via Eventful Capital). Nearly seven years ago, I had the idea of creating a blog for two main reasons. First, I wanted people to have a place to turn to for information on concerts to check out, exhibition openings to attend, craft shows to line up for, and film premieres to catch, among other things. 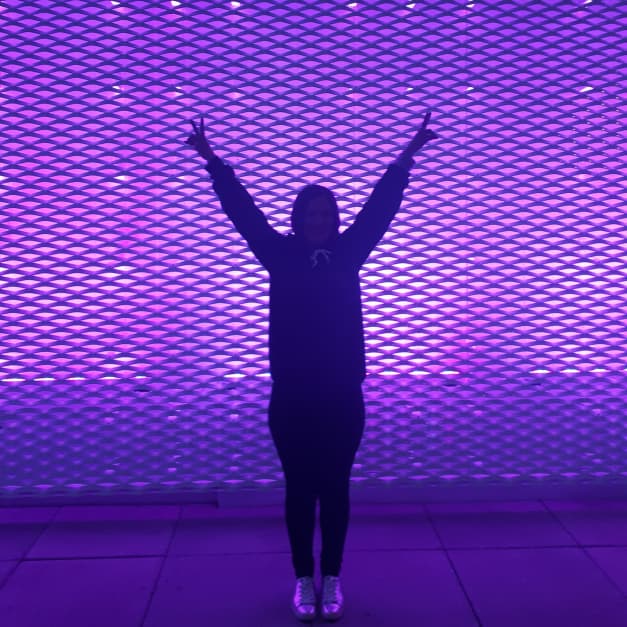 Elly Laberge, creator of Eventful Capital, at the opening of the new Ottawa Art Gallery. (Photo via Z. Mallett.)

I wanted to create a resource to help you make weekend plans, to gather ideas for a date night, and something that you send to your friends when they complain that Ottawa-Gatineau is “boring”. In addition, I wanted Eventful Capital to be a platform to support the local scene, to give artists, DJs, venues and event organizers some exposure by providing regular updates on Ottawa-Gatineau’s arts and culture.

Week after week since November 2011, Eventful Capital has been a reliable resource for the community, showcasing the local cultural scene. Since then, through Eventful Capital, I have met some incredible and passionate people who care about our scene and its growth. This has only motivated me to further continue this work.

Over the years, I have witnessed the addition of several local blogs and media outlets, who have a similar mission of supporting arts and culture in Ottawa. These outlets, which include Ottawa Showbox, Apt613, Spotlight Ottawa, Sometimes Always, Ottawa Beat and ARTSFILE, do an excellent job of covering music and cultural happenings in the region. However, their coverage is mostly done in English.

Over 600,000 people in Ottawa-Gatineau speak French or identify as members of the Francophone community. Yet, this important segment of the population essentially has no French media to turn to when it comes to finding information on the local cultural scene. We cannot ignore that any longer. There is an obvious gap to fill and French-speaking residents and tourists deserve a community media that focuses on arts and culture, just as much as their English-speaking neighbours.

This is why I have decided to say goodbye to Eventful Capital as I join forces with other liked-minded allies who also believe in the merits of a cultural media offering French coverage. I invite you to follow me in this new adventure by subscribing to Le Pressoir, a weekly e-newsletter that will be sent right to your inbox.

Thank you for your readership and interest over the years. With your ongoing support, I strongly believe that Ottawa-Gatineau will continue to grow and remain an eventful capital.

With love and gratitude,

(Via Ottawa Public Health) Ottawa Public Health (OPH) is advising residents to take precautions during hot weather this weekend. A Special Weather Statement for early summer heat has been issued by Environment and Climate Change Canada for Sunday June 17, 2018. ...

(David Johnston/Flickr) If you’re looking for some things to do with dad in Ottawa for Father’s Day 2018, the Kids in the Capital blog has a good list of ideas, including: Vintage car show at Billings Bridge Historic Site. Canadian Museum of Nature Father’s Day Brunch 2018 FCA Ottawa Ferrari Festival Italian Week Festival Ottawa Beer Festival For the full list, check out Kids in the Capital…