The Honourable Mélanie Joly, Minister of Canadian Heritage, today unveiled the details of this year’s Canada Day festivities in Canada’s Capital Region. An array of exciting activities will take place at three official sites: Parliament Hill and Major’s Hill Park, in Ottawa, and the Canadian Museum of History, in Gatineau.

Canada Day celebrations in Canada’s Capital Region are organized by the Department of Canadian Heritage. They are made possible through the support of our national sponsor, the Chicken Farmers of Canada; our official sponsors Manulife, Hudson’s Bay and President’s Choice; and the more than 500 dedicated volunteers who provide invaluable help. 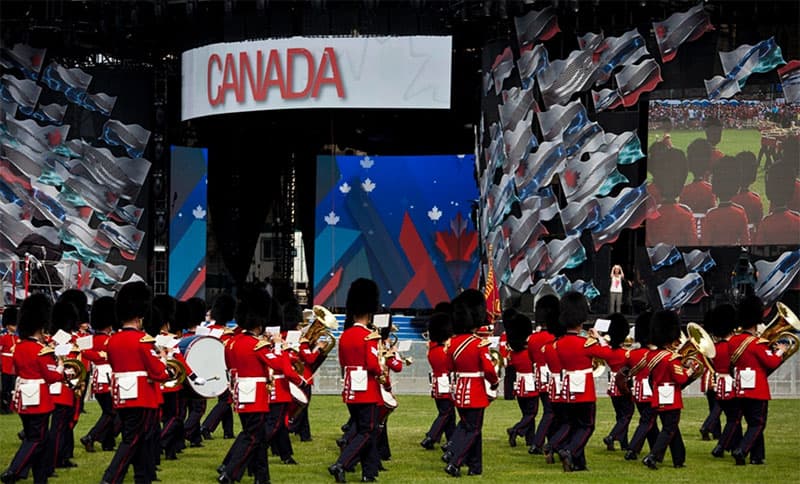 The show will be broadcast live on multiple CBC and ICI Radio-Canada platforms, including CBC News Network and ICI RDI. ** Canada Day Evening Show (from 7:30 p.m.) ** The Canada Day Evening Show will feature all the artists from the noon show and a flypast by the Canadian Forces Snowbirds, and will culminate with the President’s Choice Pyro-musical Fireworks at around 10 p.m.

A one-hour edition of the evening show will be televised across Canada on CBC and ICI Radio-Canada at 9:00 pm (DST) with special programs on Tou.tv, ARTV, Espace Musique and TV5 Monde. The show will also be broadcast live in its entirety on CBC Radio 2, CBC.ca and radio-canada.ca . ** Quick Facts ** •       Rebecca Makonnen and Kardinal Offishall will host the Canada Day noon show. •       The festivities at Major’s Hill Park will feature a variety of cultural performances, including Shawn Hook and Andie Duquette, as well as displays and activities for all ages. •       Family-focused programming will be offered both indoors and outdoors at the Canadian Museum of History< [ http://www.

, including displays, games, performances and inflatable structures. •       Canada Day activities take place throughout Canada’s Capital Region. All day long, there will be free events for revellers of all ages at most of the area’s national museums and institutions. •       On average, the Canada Day sites in Ottawa–Gatineau welcome 350,000 people—one third of them tourists. _ ** More Canada Day events in Ottawa… ** _