Back in early June, three city councillors announced that an approximately 1-km stretch of seasonal bike lanes on Carling Avenue, between Sherwood and Cambridge, would be coming this summer. Those lanes are now open, providing a route for cyclists separated from other traffic with cones. The lanes were paid for with ward traffic-calming budgets between the councillors Shawn Menard, Catherine McKenney and Jeff Leiper.

Nice to see some familiar faces in person today. Thanks to Jeff and Catherine for collaborating to make a safer Carling avenue for all modes of transportation from Sherwood to Bronson Ave (Cambridge really). #Ottawa #ottnews #ottbike #ottwalk pic.twitter.com/HBpOx2LXOX

Despite Carling Avenue’s utility as a major arterial, it does not have much in the way of separated cycling facilities. According to Bike Ottawa, Carling is considered an LTS-4 facility, meaning it exhibits the highest level of traffic stress for cyclists. 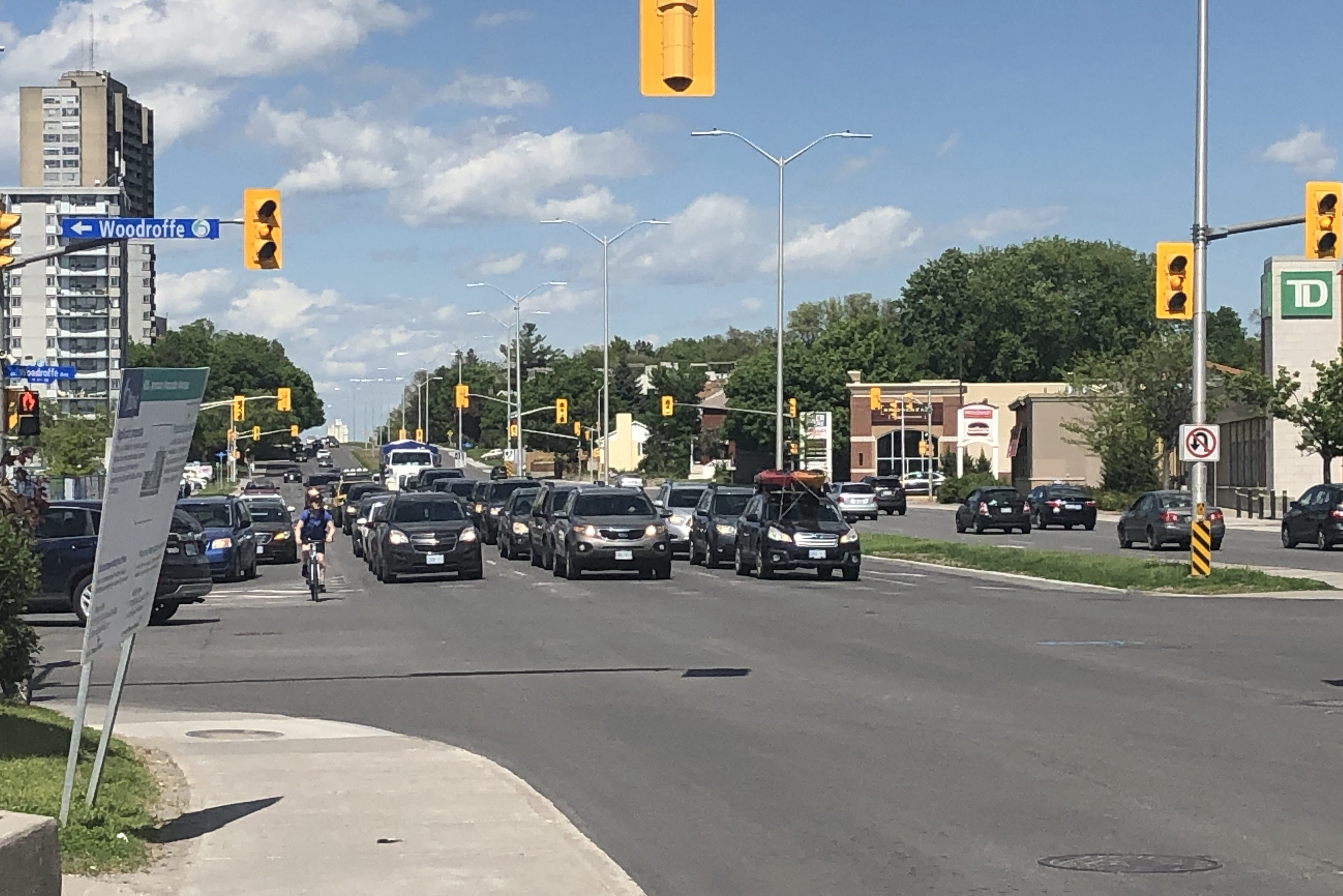 OC Transpo tweeted this pic of one of four new electric buses that will be delivered to Ottawa this fall. The buses are still in production. 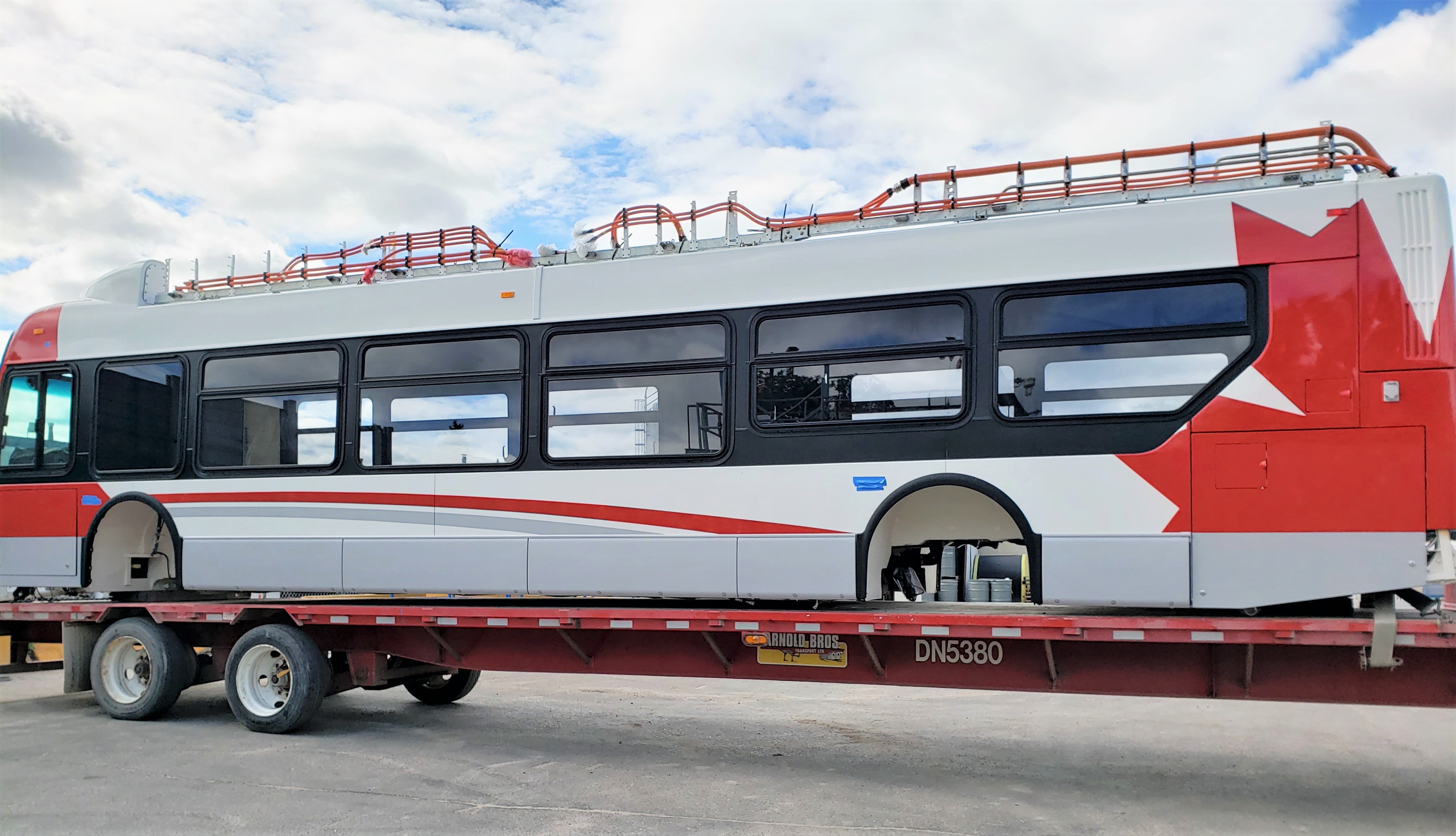 The buses will begin service this year and by 2023, 74 more of the battery-powered buses will enter the fleet.

A few hours after I had read the Ottawa Business Journal’s report “Legal cannabis sales in Ottawa flat as stores continue to multiply” (linked here) the OttawaStart mailbox dinged with news of yet another:

“High Tide Inc … a retail-focused cannabis corporation enhanced by the manufacturing and distribution of consumption accessories, announced today that its Canna Cabana store located at 111 Rideau Street in Ottawa, Ontario, has begun selling recreational cannabis products for adult use.”

So there ya go.

As of Friday, Ontario entered stage 3 of reopening, five days ahead of schedule. Stage 3 allows the opening of many services closed during the last two stages, including gyms, museums and indoor dining. You can see all the details at the province’s website. As the first day of stage 3 came to a close, the City of Ottawa announced that 82% of Ottawa residents had received one vaccine dose, with 62% having gotten two.

Mayor Jim Watson today announced that the State of Emergency in Ottawa will be lifted at 12:01 am on Thursday, July 22. The State of Emergency was declared in response to the COVID-19 pandemic on March 25, 2020. The City will now move one level down in its emergency management to ‘Activated Operations’. ...

Via Beyond Van Gogh Organizers of Beyond Van Gogh: The Immersive Experience presented by RBC, today announced that the event—coming to the Aberdeen Pavilion at Lansdowne Park—will now be launched on Friday, July 23. The exhibition, conceived by Creative Director Mathieu St-Arnaud and his team at Montreal’s world-renowned Normal Studio, is an immersive experience that features more than 300 of Vincent Van Gogh’s iconic artworks and takes the art lover into a three-dimensional world that exhilarates the senses. ...