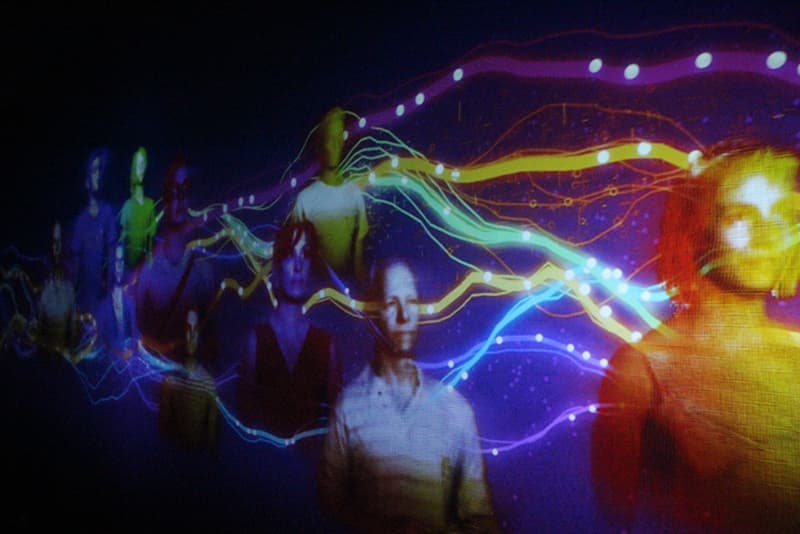 A first look at Kontinuum during a media preview on Saturday. (Charlie Senack for OttawaStart.com)[/caption]

Kontinuum, a sound and light show, opened in the LRT tunnel of Lyon Station on Sunday and is a world first.

“Nobody else has been crazy enough to have this kind of ambitious project,” said Guy Laflamme, executive director of Ottawa 2017. “We basically transformed the future Lyon station into a spectacular, futuristic, sound and light production.”

Kontinuum was created by Montreal’s Moment Factory and allows visitors a new and unique way to explore about 500 metres of the future Lyon Street LRT station.

When you first enter the theatre, you can get your body scanned to create a hologram of yourself that will be projected on one of the screens in the tunnel during the show. With the Ottawa 2017 app, you can download it directly onto your phone.

Kontinuum was originally supposed to open in mid-June but was delayed a few weeks due to the complexity of the project. There was a chance it would have had to be delayed again, and crews were still painting the floors just hours before opening. 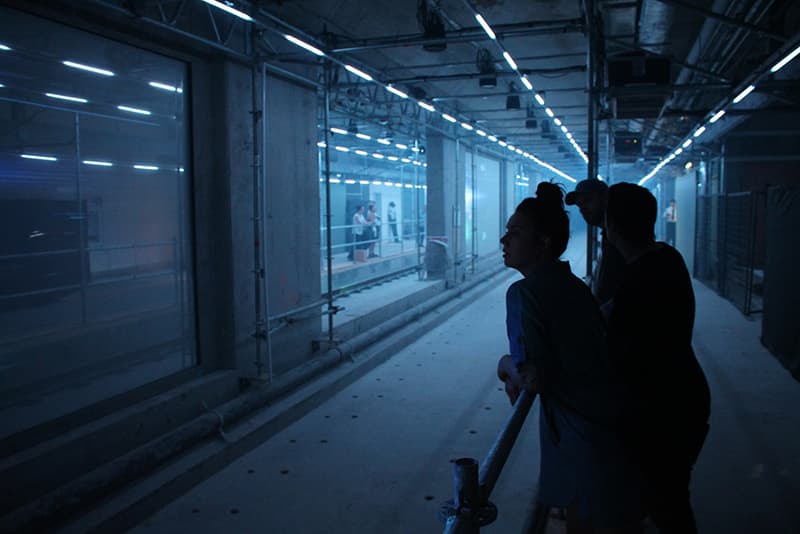 Inside the Lyon Street LRT tunnel. (Charlie Senack for OttawaStart.com)[/caption]

“I’ve been up for the last 48 hours to get everything ready for the grand premiere,” said Laflamme. “We are very pleased that we were able to meet the deadline, because it was a very complex process to resolve all the building codes, appliance requirements and also in terms of the artistic creation.”

Laflamme originally proposed the idea of Kontinuum in the summer of 2014 but did not go through right away because of budgetary reasons and because he needed to gain support from city officials.

“(We had to) address all the challenges of firewalls, building areas of refuge because we don’t have all the stairs and escalators operational, (as well as) adjusting the ventilation system,” said Laflamme. “Basically transforming what will be a future transit space into a theatre. That was a pretty challenging exercise, so now I understand why we are the world first.”

By the end of the year, Laflamme will have to put on over 200 events, yet Kontinuum will be the biggest, he said.

“I gave birth today. I actually have about 200 babies to deliver over the course of the year, but this was the biggest, (and) the most challenging one,” said Laflamme. “I come out of this as a better person.”

Kontinuum will run from July 16 to September 14. Already about 70,000 tickets have been ordered. Limited tickets will be available at the door, but if you to guarantee a spot, you can order online at ottawa2017.ca .

Also note that bags and strollers will not be permitted inside Kontinuum. There is one operational escalator for anyone with disabilities. In total, it is expected to take 35 to 45 minutes to go through the exhibit.

[caption id="attachment_73151” align="aligncenter” width="1000”] Ottawa police volunteer auxiliary and regular officers on Albert Street near Bluesfest. Private security handles most of the festival, although there are some officers on duty. (Charlie Senack for OttawaStart.com)[/caption] City officials and Bluesfest organizers held an emergency meeting Friday to discuss safety issues highlighted by a particularly rowdy crowd at the festival the night before, Somerset Coun. ...