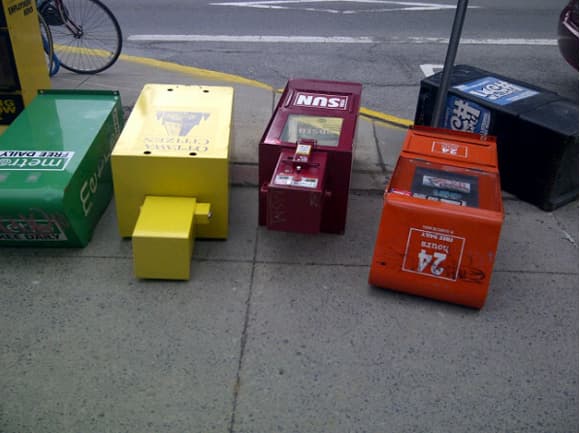 A new digital news outlet for Ottawa is slated to launch in mid-February, run by a company with a history of successful online news startups across Ontario.

Village Media posted a job ad this week for the position of multimedia reporter for the forthcoming _ ottawamatters.com _ , as well as a second outlet to launch in the spring, _ kingstontoday.ca. _ The company already operates similar sites in other Ontario locales such as Sault Ste. Marie, Guelph and Barrie.

Village Media’s business model revolves around all-in local coverage, mostly with stories that don’t take much time to develop, with revenue made off local ad sales, according to _ j-source.ca _ .

“The approach so far has worked: the “core sites” of Village Media are profitable, but the company overall loses money through investing in new markets,” a _ j-source.ca _ profile said. “A site needs two to three years to garner enough of a footprint in a community to become profitable.”

Here’s what we’ve been reading lately from Ottawa bloggers: * ** Eric ** tries [ fat bike riding in the snow ](https://www.ecinc.ca/experience-report-fat-bike-ride-in-neighbourhood-trails/) . * ** SensChirp ** on the [ true financial position ](http://senschirp.ca/chirped/chirped-financial-state-ottawa-senators/) of the Ottawa Senators based on publicly available docs. ...

[caption id=“attachment_85791” align=“aligncenter” width=“640”] Amazon’s headquarters in Seattle include three “biospheres” filled with plants and endangered species. (Photo by brewbooks , used under a Creative Commons license.)[/caption] Amazon passed over Ottawa in its bid to find a location for a second headquarters on Thursday, when it released a list of 20 finalist cities that contained but one Canadian option – Toronto. ...