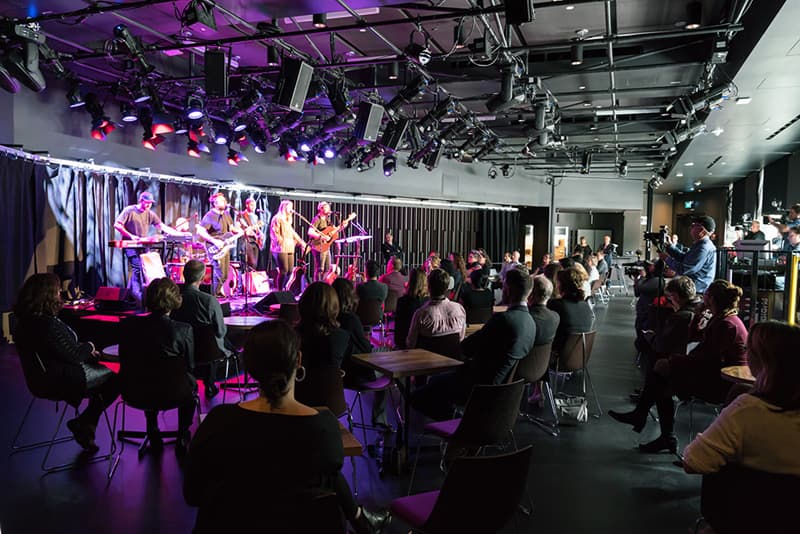 Gabrielle Shonk and her band performing at the NAC Fourth Stage during its grand unveiling on Wednesday Oct. 4, 2017. (Roy Grogan/via NAC)[/caption]

The trouble with booking emerging artists a year in advance is, when it comes time for the show to begin, they may not be “emerging” anymore.

So said Heather Gibson, executive producer of NAC Presents and variety programming, about the process of creating the NAC’s new weekly series dedicated to new talent, Fridays at the Fourth.

“They might be past that point,” she said of some of the artists scheduled to perform in the series. It debuts on Friday at 8:30 p.m. with local hip-hop group Blakdemin at the newly-renovated NAC Fourth Stage, unveiled on Wednesday.

“There’s a number of local artists that are just on the cusp (between emerging and not),” she said.

One example may be Rebecca Noelle, the local soul singer who sells out shows wherever she plays, Gibson said. Or the quickly ascending Catriona Sturton, a local indie rocker scheduled for Nov. 10.

“The idea is I’m wanting to bring the very best of emerging music into Ottawa,” Gibson said in a previous interview in May . “It’s a discovery series.” 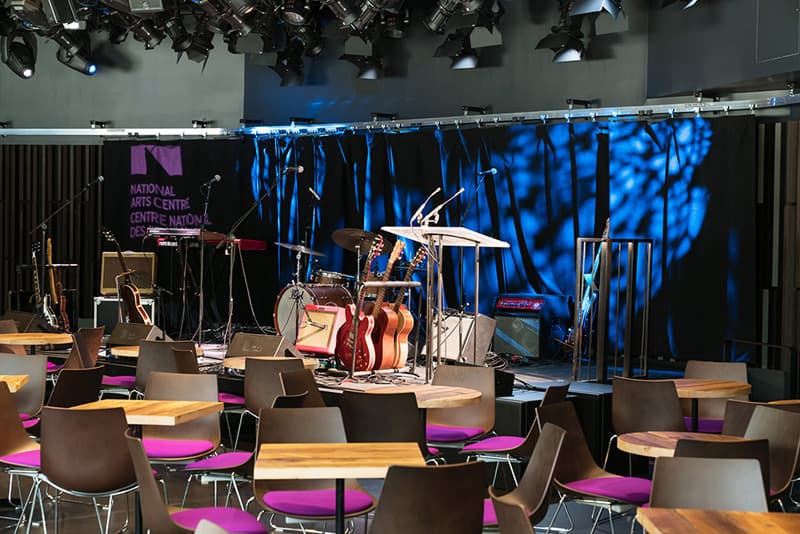 True to the style of the former Fourth Stage, the series will have a laid-back feel appropriate for a casual Friday – the cover charge can be paid at the door for the spontaneous and there’s an open bar, too.

“I hope they’ll (the audience) get excited and like how it looks, how it feels,” Gibson said. “The experience is going to be much more audience-driven.” _ Tickets for Fridays at the Fourth cost $15, or $10 for students. _

[caption id=“attachment_81134” align=“aligncenter” width=“1038”] Students, staff, volunteers and elected officials took part in a ribbon-cutting ceremony -- complete with kid-sized scissors -- at Stittsville Public School on Friday, September 29. It marked the official opening of a new outdoor classrom. (via Lorrie Heyes)[/caption] * * * _ ** “Parent Council saw this as an opportunity to get the kids out and moving while still considering the curriculum and academics. ...

Here is a list of free Thanksgiving meals happening in Ottawa this weekend. All meals first come, first serve. ** Sit Guy Carleton Secondary School (55 Centrepointe Dr.) ** – Sunday from noon to 2 p.m. * There will be a shuttle bus to and from the school at 11:30 a. ...