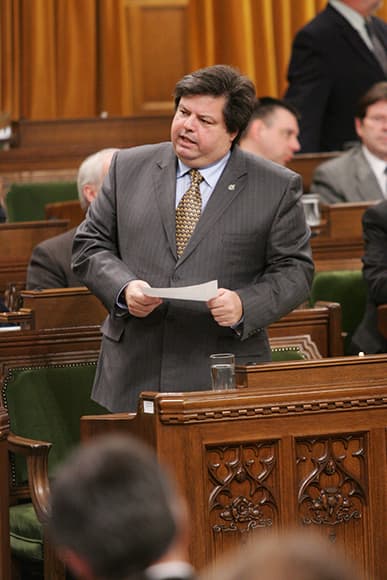 Belanger in the House of Commons. Source: http://www.mauril.ca/ [/caption]

MP Mauril Bélanger has passed away at age 61 after a battle with ALS / Lou Gehrig’s disease. Appropriately, we heard the news tonight via Prime Minister Justin Trudeau.

“I was incredibly saddened to learn today of the death of my friend and colleague Mauril Bélanger. On behalf of all Canadians, Sophie and I offer our deepest condolences to his family, friends, constituents, and many, many admirers.

“Mauril served the people of Ottawa-Vanier for over 20 years, and was a tireless advocate of francophone rights, national unity, and a fair and just society for all.

“For his efforts, Mauril was given the Commandeur de l’Ordre de la Pléïade (an order of La Francophonie), named Officer of the Order of Merit of the Republic of Hungary, and received the l’Ordre national Grand-Croix ‘Honneur et Mérite’ from Haiti.

“Mauril held many positions in Cabinet over the years, including Deputy House Leader and Government Whip. Despite being very sick towards the end of his life, Mauril continued to serve Canadians with great dignity, courage, and strength.

“A politician universally respected by parliamentarians of all parties, he was named Honorary Speaker of the House of Commons by unanimous consent in December 2015.

“Mauril’s immense contributions to our country will be honoured and remembered. We are all the poorer for his passing.

Belanger was first elected as MP for Ottawa-Vanier in 1995. Condolences have been pouring in tonight from friends, colleagues and constituents.

On January 27, 2016, Belanger introduced a bill in the House of Commons called “An Act to amend the National Anthem Act”  The Bill advocated a changing the English lyrics from “True patriot love in all thy sons command” become “True patriot love in all of us command”, to make the anthem gender-neutral. In this video, Belanger delivers a speech in the House of Commons with the help of a computer to vocalize his words. 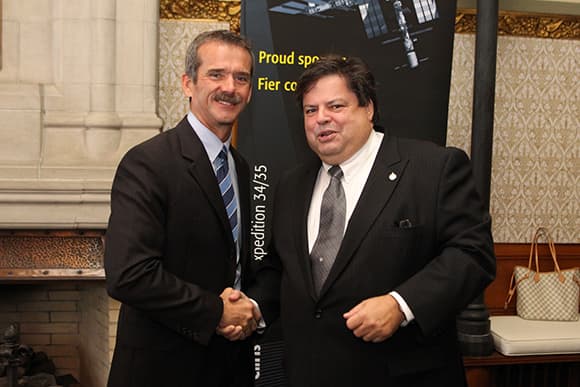 Former Ottawa Senators captain Daniel Alfredsson’s longtime number 11 jersey will soon hang from the rafters of the Canadian Tire Centre. The announcement was made Tuesday at a news conference featuring top Senators brass, confirming rampant rumours. Alfredsson had played for 18 seasons with the Senators until 2013, when he left for one season to play with the Detroit Redwings. ...