If you’re counting on using the train this week, the good news is that the O-Train Line 1 is back up and running after being down the last week. OC Transpo re-opened the service at 6 a.m. on Saturday, with trains running every 10 minutes.

The rail system had been out since last Sunday, when the axle of one train came off the track. Since then, trains and the rails have been inspected to ensure safety in returning to operation. According to a city memo, the cause of the incident was a loose component on the sealed axle bearing unit. The city forwarded to media a photo of the part, noting that the green section of the bolt below was the problem part. The root cause investigation is continuing and more information will be provided at the next City of Ottawa Transit Commission meeting. 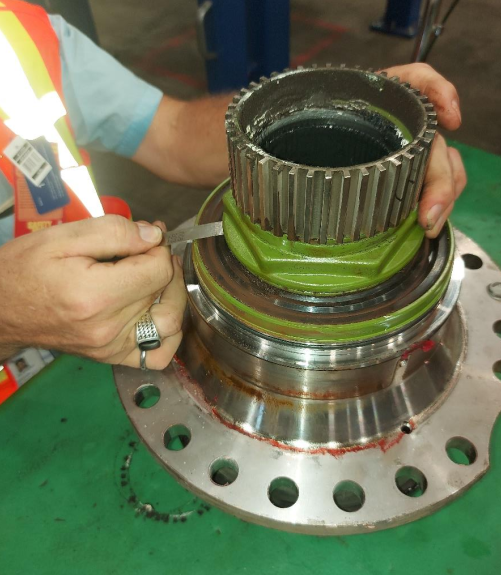 Photo: A photo provided by the City of Ottawa shows the green section of this train part that was found to be loose, which led to a train’s axle coming off the track last Saturday.

Photo: A charger plugged into an electric vehicle. Similar devices are being installed around Ottawa. (Photo via Unsplash) The City of Ottawa is pressing on with installing more electric vehicle chargers around the inner-urban area as part of a policy to encourage the vehicles' adoption by residents. ...

(Via University of Ottawa) The University of Ottawa announced that vaccination would be mandatory for all students, faculty, staff, and anyone returning to or visiting campus as of September 7th, 2021. From the outset of the COVID-19 pandemic, the University’s priority has been to safeguard the health of its community. ...