Kanata North Coun. Marianne Wilkinson is looking to set up a community news site to replace the _ Kanata Kourier-Standard _ , which is to be closed in January, writes Paul Adams, an _ iPolitics _ columnist.

The _ Kourier-Standard _ is closing along with _ Metro Ottawa _ and seven other Ottawa community newspapers previously owned by Torstar Corp., but swapped with Postmedia Network Canada Corp. in a deal that will see dozens of papers shuttered across Ontario. 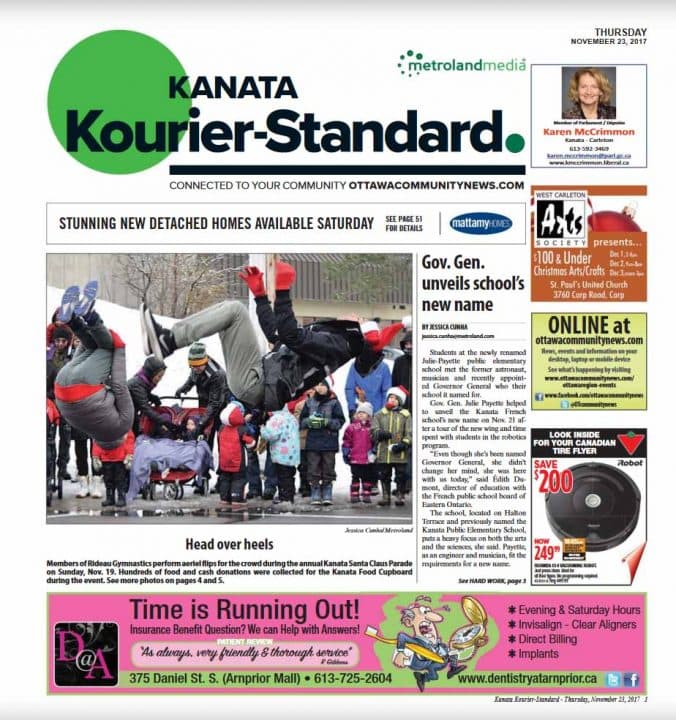 Wilkinson plans to have a meeting in the new year to set up the new outlet, Adams writes, and she wants to build on the model followed by _ OttawaStart.com _ ’s sister site, _ StittsvilleCentral.ca _ !

Here’s what we’ve been reading this week from Ottawa bloggers: * ** Andrea ** from Fishbowl shares why [ newspaper closures hit close to home for her ](http://quietfish.com/notebook/2017/11/close-to-home/) . * ** Ross ** shares [ some amazing pics of kitesurfers ](https://rossbrownfoot. ...

OC Transpo wants you to know about a whole slew service changes that take effect on Christmas Eve as part of the changeover to its winter schedules. New routes, new route numbers changes to route names, and an extension of the western Transitway from Bayshore to Moodie. ...