A passerby at Carlingwood Mall as late as last week may be forgiven for thinking the Sears there was still open, as the blue lettering remained intact on the abandoned department store.

But now, all that remains on the former flagship store of Sears Canada is some bare wiring on the side of the building forming a faded outline: “SEARS”. 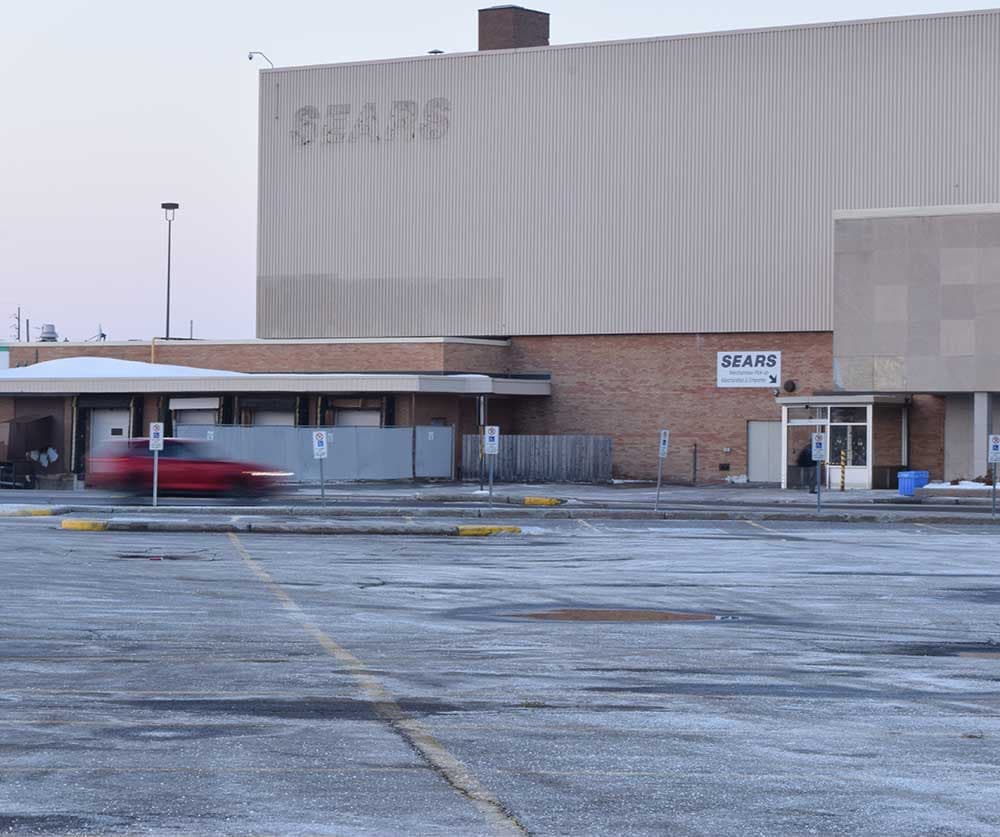 It’s been a little over a month since the bankrupt chain closed its last locations in Canada, letting go about 15,000 of its employees. To reflect on the chain’s legacy in Ottawa, we collected some memories from former employees who worked for the company in Ottawa.

Have some memories of your own to share? Leave them in the comments below or send us a note via email to feedback@ottawastart.com.

“In 1966, when I was only 16, I got my first summer job pumping gas at the Sears gas bar at Carlingwood. Yes, there used to be one, and I don’t even recall when they took it out.

“In those days it had been unheard of for a girl to work at a gas station. So as a gimmick, Sears hired a few of us young ladies, uniformed in short shorts and t-shirts, in the hope, I suppose, that we’d draw more customers.

“I do recall one lecherous old gent who would show up in his convertible every day, but not for the gas. Whenever I saw him coming, I’d go and hide until he was gone. Luckily for me, before too long, they moved me into the store to work on the sales floor.

“I don’t think they continued with the girls at the gas bar for more than a month or so.”

“It wasn’t a place that I started to think about but I came home from a previous adventure, wasn’t sure if I was going to grad school or not. I finished undergrad and (had) a couple of acceptances, but I was tired of spending money instead of making some.

“Where I wanted to work, they weren’t hiring. I interviewed at IBM. And I ended up at Sears (Carlingwood, in 1975 around the age of 23) and I was there almost six years.

“It was one of the flagship stores of the whole country. It was a placeholder but it ended up being a good little career for me and they kept me busy and kept me happening.

“One of the things which is so sad and still pisses me off is how these crooks stole all this pension money (in the bankruptcy). Pension and profit-sharing (back then) was a big deal. They had a fabulous plan and really encouraged people to contribute, big time.

“Everywhere you looked, they had good people, good systems. Bill Henderson was the store manager for Carlingwood and in fact all three Ottawa area stores and he was one of the best executives I ever ran into in my career, and I’ve worked a lot of places. He was just a tremendously well-prepared executive and he worked hard and he rewarded people, but he held everybody accountable too.”

“I worked at Sears right out of college, so it would be about ’95, the fall of ’94. When I first started at Sears it was at St. Laurent, it was a fabulous work environment. It was a real family, our department was very much a family department. I had a wonderful boss, he looked after (us).

“We had so much fun in the display department. Just constantly standing up and climbing on top of things and changing the mannequins and we would tease each other. It was good times.

“When I left there (after three or four years) I ended up taking over the Sears catalog agency until about five years ago, in Richmond.

“The catalog agency was within my primary business and people would phone and place their orders and then come into my store and pick it up. The Sears catalog dwindled a lot in recent years, I ended up dropping it when I had to change locations. The last two years it was hit-and-miss anyways.”

The published comments were edited for clarity and brevity.

[caption id=“attachment_85287” align=“aligncenter” width=“1000”] The Rideau Canal in early February 2017. (Devyn Barrie/OttawaStart.com)[/caption] _ (Via NCC) _ ** Canada’s Capital Region - ** The Rideau Canal Skateway is officially closed for the season. Our team inspected the ice conditions today and observed that the mild weather and the precipitations in Canada’s Capital Region over the last days have deteriorated the Rideau Canal Skateway’s ice faster than expected, to the extent that it will not be possible to repair it for skating this year. ...

** Ottawa’s biggest & most popular parenting & kids show in the National Capital Region! ** The Ottawa Parent & Child Expo is one of the best values for family fun, learning, and entertainment in Ottawa. There are 125 local exhibitors, lots of play zones and all main stage entertainment free, activities, free show bags for the first 1,500 families, and free parking – it’s excellent value! ...