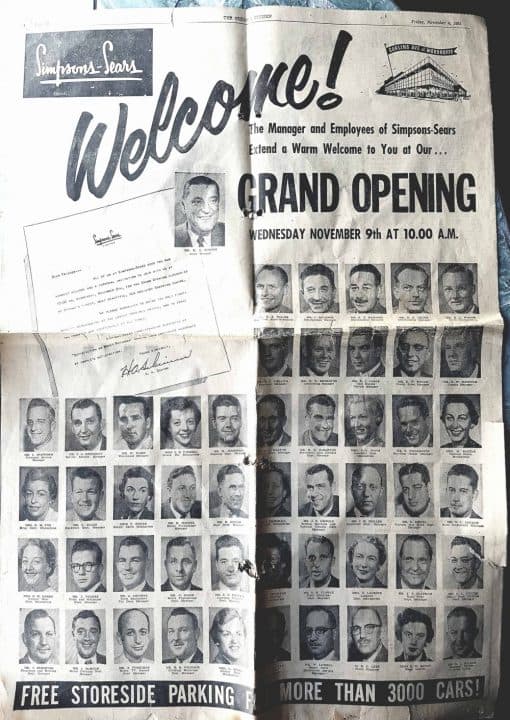 Re: ‘It was a real family’: Ottawa employees remember life at Sears

Yesterday morning I couldn’t help but stop in the empty parking lot at Carlingwood and stare at the sight of what was Simpsons-Sears, then later Sears – now no longer.

My family immigrated to Canada in 1953. From Montreal, my father applied for a job at the new Simpsons-Sears to be opened around 1955 or ‘56.

He became the first camera and stationary manager upon opening. I still have a full page Ottawa Journal copy of photos of all the new management staff upon the official opening. 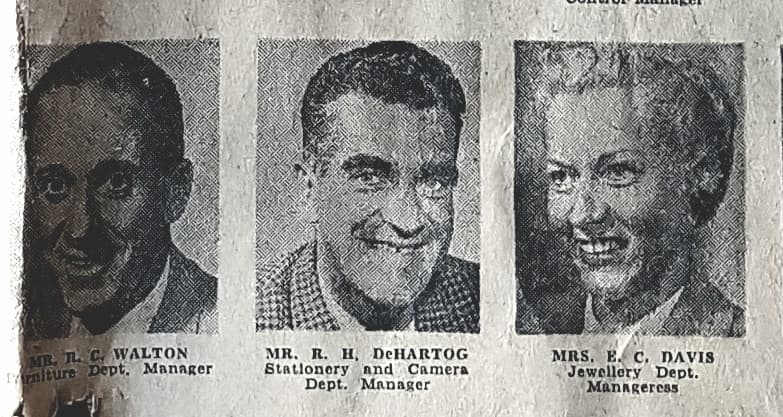 We moved from Montreal to 980 Byron Ave., Apt. 8, shortly thereafter which was located a short walk to the north of Carlingwood. I remember as a young boy then, my father taking me to his work on the odd Saturday and allowing me to go behind the camera counter and ‘help’ clean the glass showcases.  I still can smell the smells of new metal-bodied cameras and the leather camera cases of that time.

I miss both my father and that time in our lives.

Editor’s note: The owners of the Carlingwood Mall have applied to tear down the old Sears location and replace it with something else.

This letter has been lightly edited for clarity.

Photo by Manuel M.V. Used under a creative commons license. The City of Ottawa has posted an online survey for the public to provide feedback about allowing retail stores to sell recreational marijuana in Ottawa. The survey is open from Oct. ...

Jim Watson will remain in the mayor’s office for at least another four years after garnering 71.21 per cent of the vote on Monday’s election. Watson’s closest competitor, Clive Doucet, received 22.12 per cent of the vote. “Thank you for giving me once again a strong mandate as Mayor of Ottawa,” Watson said in a statement Monday night. ...