(Ottawa) -The Ottawa Police Service Major Crime Unit has commenced an investigation into human remains that have been positively identified as a person who went missing in 1994.

The remains were discovered on May 10, 2016 on a property being developed for housing in the Maple Creek Estates area on Cabrelle Place in the Manotick area.

A forensic examination of the remains has been conducted. The examination identified the remains as that of Shafiq Visram. The 19 year old went missing from his home in Ottawa on May 30, 1994. 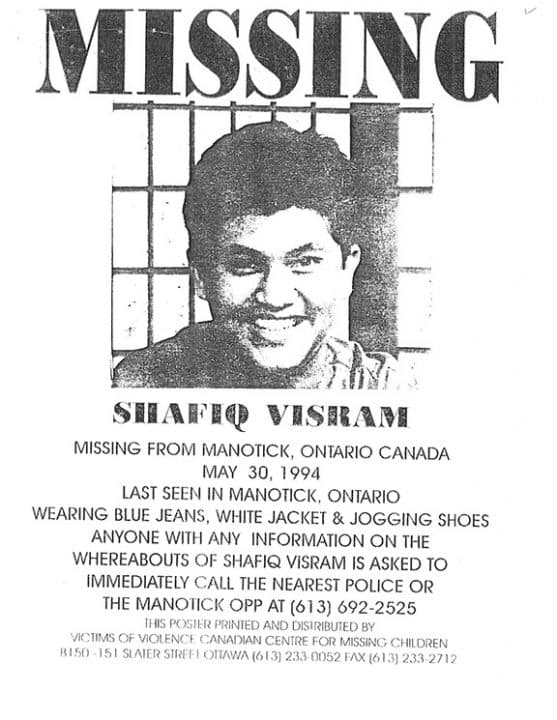 The family of Mr. Shafiq has been contacted by the Ottawa Police Service and is aware of his identification.

The Major Crime Unit is now seeking any information that would assist investigators in determining the events surrounding Mr. Shafiq’s disappearance.

Anyone with information regarding this investigation is asked to call Ottawa Police’s Major Crime Unit at 613-236-1222, ext. 5493. Anonymous tips can be submitted by calling Crime Stoppers toll-free at 1-800-222-8477 (TIPS), or by downloading the Ottawa Police app.

_ (press release) _ Ottawa — Algonquin College marked one of its most important announcements today with a groundbreaking ceremony for its new Innovation, Entrepreneurship and Learning Centre and Institute for Indigenous Entrepreneurship — a state-of-the-art facility scheduled to open in 2018. ...