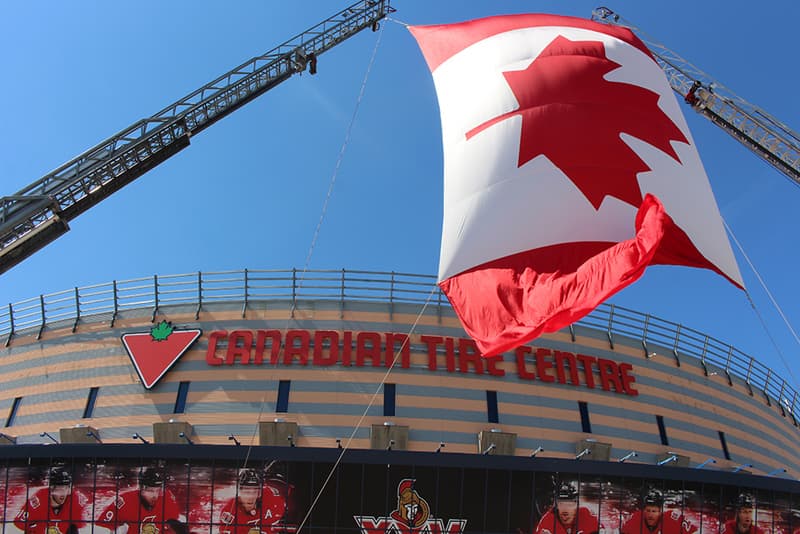 A Canadian flag was supported by two firetrucks outside the Canadian Tire Centre Thursday for Bryan Murray’s celebration of life ceremony. (Charlie Senack for OttawaStart.com)[/caption]

Bryan Murray was remembered during a celebration of life Thursday afternoon at the Canadian Tire Centre as a community-oriented man whose big heart touched the lives of all who knew him.

Murray, a former Sens general manager who was involved in the NHL for about 35 years, died Aug. 12 of colon cancer. He was 74.

“Bryan made a huge impact on this organization and on many organizations in the NHL,” said Pierre Dorion, general manager of the Senators who took over after Murray stepped down in 2016. “There are countless people… who owe Bryan for believing in them and giving them the opportunity to grow in this great game.” 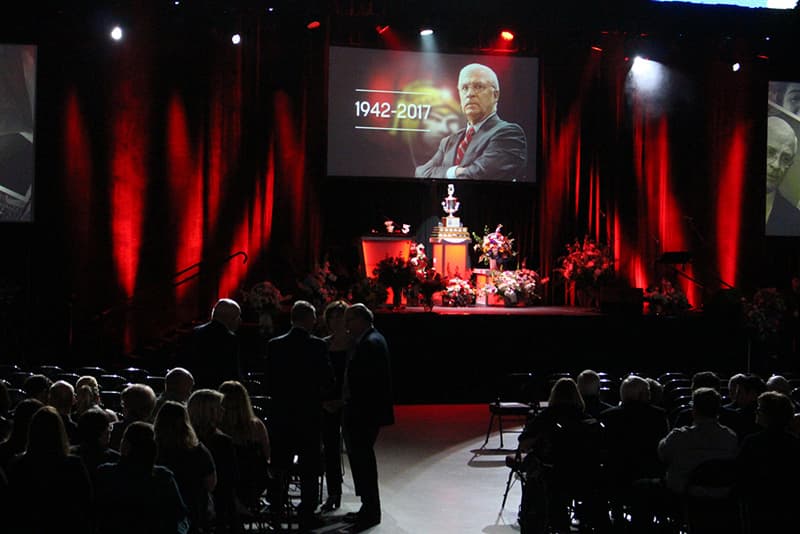 Among those in attendance were Senators and NHL brass, along with current and former players. (Charlie Senack for OttawaStart.com)[/caption]

[caption id=“attachment_77036” align=“aligncenter” width=“1000”] The rainbow flag flies over Ottawa city hall after being raised on Monday, Aug. 21, 2017. (Devyn Barrie/OttawaStart.com)[/caption] It’s often said that books can act as mirrors and windows; reflecting the reader while also giving them a new view into their world. ...