The building has stood vacant and partially demolished since 2007 when a main support in the basement was damaged during remodeling, causing partial collapse of the building’s southeast wall. The City of Ottawa intervened to remove the section of the building deemed by its engineers to be structurally unsound. Legal battles between the City and property owner ensued, dragging on until 2012. 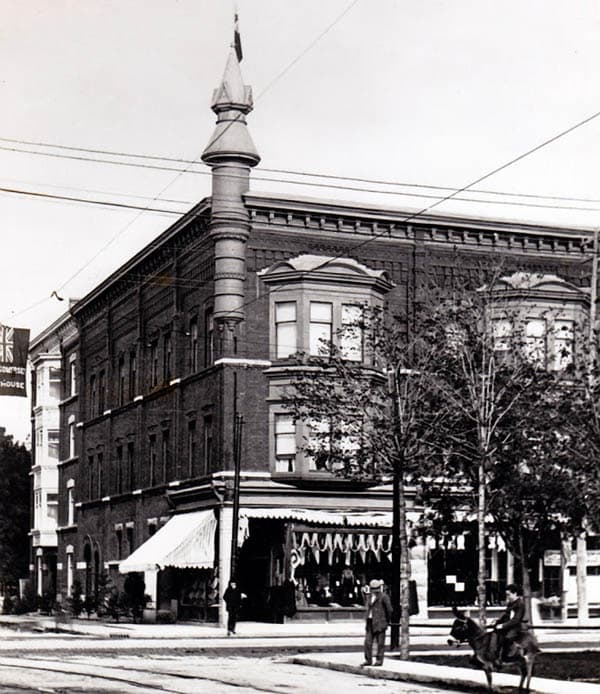 In 2013, the City approved a new design and reconstruction plan and issued the necessary permits, including a heritage permit. The reconstruction of Somerset House was eagerly anticipated.

But no work was undertaken on the building. Somerset House has remained open to the elements, left to further deteriorate.

Now, after nearly a decade of neglect, the building owner has applied for a fast-track demolition permit to remove the two easterly bays of the north wall which form much of the façade along Somerset Street. The application will be heard by Ottawa’s Built Heritage Subcommittee on July 11 and by Planning Committee on July 12, before going to City Council for approval on July 13.

The fast-tracking for demolition follows a recent engineering report, commissioned by the building owner, which concludes that the rear portion of the building has deteriorated to the extent that it’s now unstable.

Heritage Ottawa strongly opposes the granting of a demolition permit for Somerset House.

The City of Ottawa passed an updated _ Property Standards Bylaw _ in 2013 which includes specific protections for heritage properties suffering neglect.

“This is a flagship example of heritage demolition by neglect in Ottawa,” says Heritage Ottawa President David Jeanes. “Instead of continuing to allow a landmark historic building on one of the most prominent corners in the city to fall apart, the City should be doing everything it can, and using its recently-adopted powers in the Property Standards Bylaw to make the owner of this building stabilize and protect it. This is a clear example of demolition by neglect, which Mayor Watson had promised to fix.”

Under the heritage section of the Property Standards Bylaw, the City can require heritage elements of a building to be protected. When a building owner fails to provide basic maintenance, the City has the power to step in and do the work at the property owner’s expense.

Heritage Ottawa is calling upon the City of Ottawa to enforce its Property Standards Bylaw, and to take every possible step to protect Somerset House from ongoing demolition by neglect.

“It is unacceptable for the City to stand by and let this situation continue year after year,” says Jeanes. “It is time to take forceful action to ensure that Ottawa’s historic landmarks do not continue to be lost through neglect.”