The City of Ottawa is developing a new official plan. (Photo/Devyn Barrie)

The City of Ottawa this week released the draft broad directions for the next official plan, the key document that will guide development from 2021 through 2046.

There are five of these directions, outlined in a “Five Big Moves” report. Together, they spell out the kind of themes city planners think development should fall under for the next 25 years. The report was released as an FYI, with public consultation to come in September. Staff will use public comments to finalize the policy directions with the goal of having council approve them in December of this year.

You can read the full paper on the city’s website (or for more background, the staff report to the planning committee and agricultural and rural affairs committee), or the Ottawa Citizen’s summary here.

Here’s a few of my takeaways from the paper…

City doubles down on efficient land use

It is not a new concept at City Hall that intensification needs to be A Thing™. The traditional model of sprawling suburbs is inefficient and the traditional single-detached house of suburbia is on its way out in the long term. The choice of a new city? Medium- to high-density forms of housing like stacked townhouses and apartments. 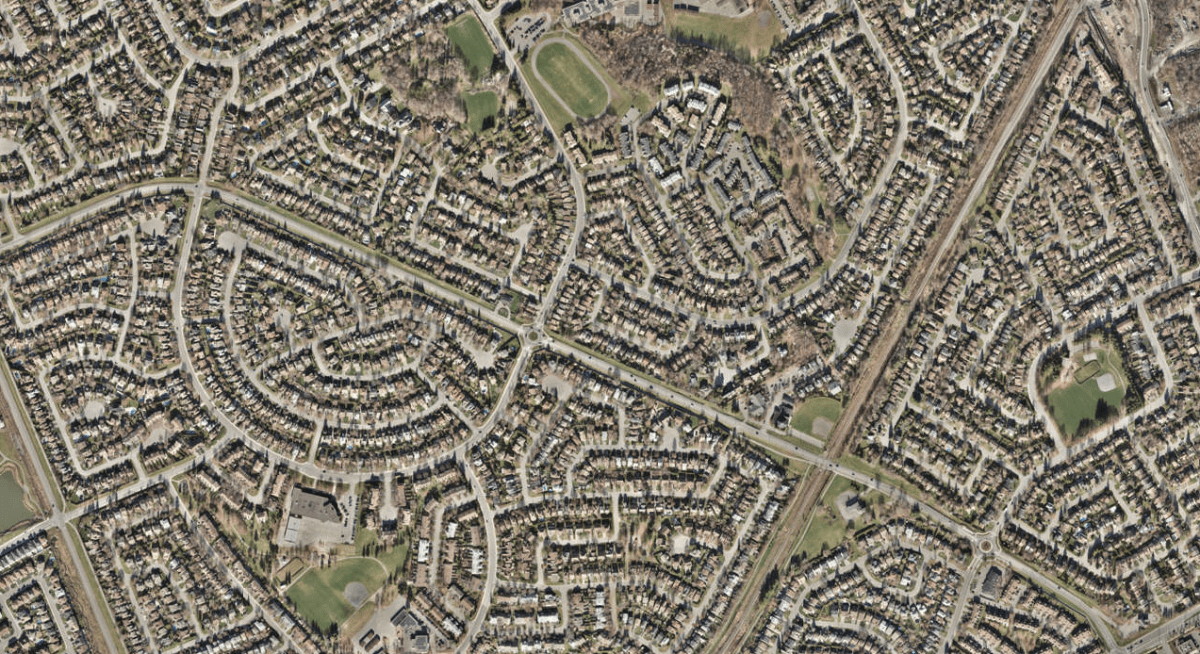 Sprawling suburbs are on their way out, with the city preferring more intensification of land uses. Aerial photo of Barrhaven via City of Ottawa.

As far as city hall stuff goes, the land use issue is refreshingly simple. The city has to provide basic infrastructure like roads and sewers. When density is low, developments take up a lot of linear space on the ground. Thus, the city has to spend more to build and maintain this infrastructure — a cost that is not always covered by development charges. Plus, it’s more environmentally sound to take up less space with denser developments so we don’t have to replace greenspace at the edge of the city with more asphalt.

Besides the city’s planning objectives, the market may be less in love with the single-detached housing model in the future, too. The city concluded years ago that there will be a shift in demand through 2036 away from the traditional house and towards higher-density housing types like apartments. “In fact, this shift has happened more quickly than it had been expected a few years ago,” the city says on its website.

Ahead of the new official plan, the city is working to update its zoning rules to encourage more infill housing development. You can read more about that here and here.

The report also talks about connecting urban growth with improved urban mobility. A main way to accomplish that is through the creation of transit-oriented developments. We did a three-part series on this very topic recently…

A holistic approach to the environment

The report ties together the issues of the environment, public health and energy. It’s the biggest section of the paper, with 13 points under the theme. The city’s livability and population health depends on the environment. To maintain public health, the environment needs to be energy efficient and adaptive to a changing climate, the report says.

There are many things that go into this concept, but one that really interests me is combating the urban heat island effect. This is where urban areas are notably warmer than surrounding rural land because of the built environment and human activity within it. The U.S. EPA says the annual average air temperature of a city with a million people in it (like Ottawa, as of earlier this year) can be between one and three degrees celsius warmer than rural areas.

There are numerous causes, according to construction industry news site Buildings.com. Buildings and paved surfaces (especially darker coloured ones) absorb heat during the day and slowly release it at night, which limits the environment’s ability to cool down. Having many tall buildings also creates a canyon effect that interferes with airflow and further prevents cooling from happening. Air conditioning systems throw more heat into the area around buildings, adding to the effect. And, as the built-up area increases each year, there’s less green space to cool air through shade and evapotranspiration, or to absorb runoff water during rain (an issue heavily related to flood prevention).

The park and ride of the future?

Coming back to our TOD feature from a little while ago is the issue of park and rides. Here’s an excerpt:

People really like the park and rides. And they’re so convenient to use, sometimes it beats walking to the bus.

Alain Miguelez, at the city, said it’s a question on what to do with these suburban stations when LRT comes in.

“They are basically a station next to a parking lot, so there’s no space for buildings there. There’s very little urban fabric or built-up area next to the station” Miguelez said. The question comes down to whether you’d want to keep the surface parking or replace it with a neighbourhood where people can live next to the station and even go to their job in the same area.

One idea the city has in this report is supporting their “evolution” into hubs that people bike or walk to, or can be dropped off by ride-hailing services like Uber and Lyft.

“Multi-modal park and ride facilities have the potential to further increase transit ridership, improve safety, and move towards a more equitable allocation of public space,” the paper says. 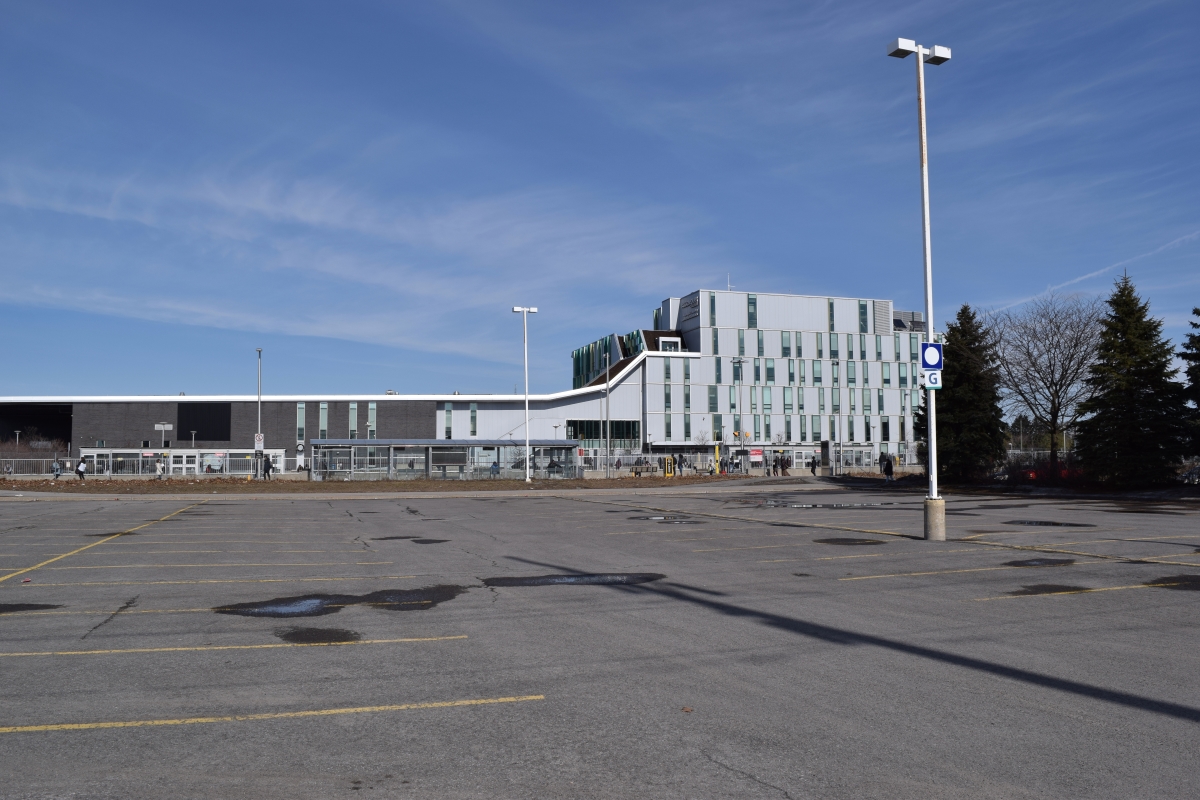 It’s not clear how different these stations would look compared to how they are today. Lyft has pickup and dropoff spots at the Rideau Centre, would they someday have designated stands at Eagleson or Baseline Station?

Anyway, there’s plenty more on this report — much more than I could summarize. Check the full document out here…

The Peace Tower. (Photo/Devyn Barrie) Here’s a list of things to do in Ottawa this Labour Day long weekend: Related: Open and closed in Ottawa for Labour Day. Labour Day parade starts at noon at city hall Go for a swim! ...

A pride flag flies above City Hall. (Photo/Devyn Barrie) The 2019 Ottawa Pride Parade starts at 1:30 p.m. on Sunday, Aug. 25 at Bank Street and Gladstone Avenue. It heads north along Kent Street before returning to Bank Street via Laurier Avenue. ...