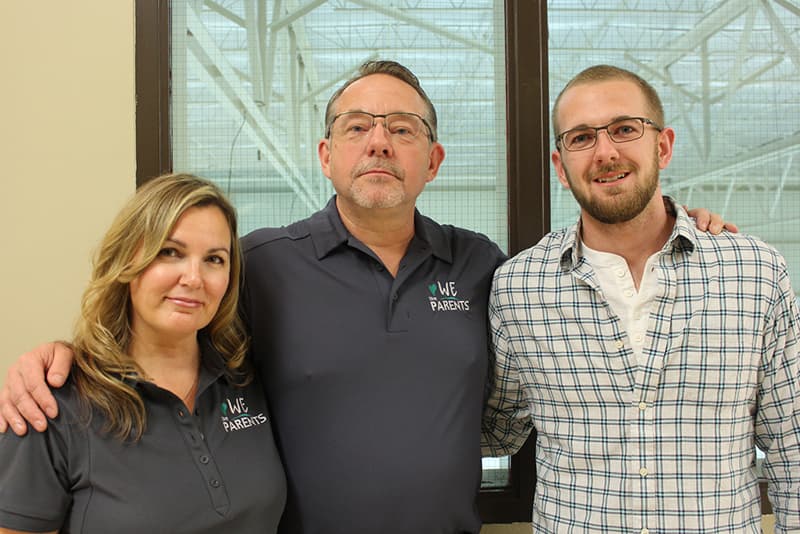 From left: Natalie, Steve and Darren Cody. “You can’t sit back and let things happen. You have to do something about it and that’s what we do.” says Steve of a bill that would dedicate 10 per cent of Ontario’s advertising budget to drug awareness. (Charlie Senack for OttawaStart.com)[/caption]

A private members bill at Queen’s Park could see 10 per cent of the provincial government’s marketing budget go towards opioid education and awareness.

The bill that was tabled by Lisa MacLeod, MPP for Nepean-Carleton, is named Nick’s Law after Nick Cody, 18, who died from an MDMA overdose in 2013. MacLeod decided to name the bill, officially called Bill 161, after Nick because the Codys were the first family to come into her office with a loved one struggling from a drug addiction.

“The Codys were the first to come into my office in 2006 when their son Nick was dealing with a drug addiction,” said MacLeod. “That was the first time I realized we did not have the treatment or detox facilities in our city.”

Nick didn’t have an easy start to his life. His biological father died from a drug overdose when Nick was only nine months old so Nick moved in with his second cousins Steve and Natalie Cody when he was seven. Within two days, he was calling them mom and dad.

Tearing up, Natalie remembered Nick as a “mysterious” child who “was not afraid to do anything.”

“My daughter used to like to say he was always the first one down the hill (while) snowboarding,” said Natalie. “He would just walk in the room and was the light of the room. (He) liked to make everyone laugh.”

Darren Cody remembers running around Barrhaven with Nick spending time with friends and having a lot of fun.

“I remember a lot of times we would sneak out of the house and meet our friends on weekends,” said Darren. “(You) had a lot of fun when you were around him. That was one of his main virtues. He would liven up the room.”

Nick was not one to like drugs and also stood up against bullying. Natalie remembers multiple times when people would come by the house thanking Nick for helping them overcome bullying issues.

“We had a lot of people come to our house with just the overwhelming need to share how they helped their child at some point in school,” said Natalie. “One was in a wheelchair and Nick would stick up for him. We are just so thankful he was like that.” 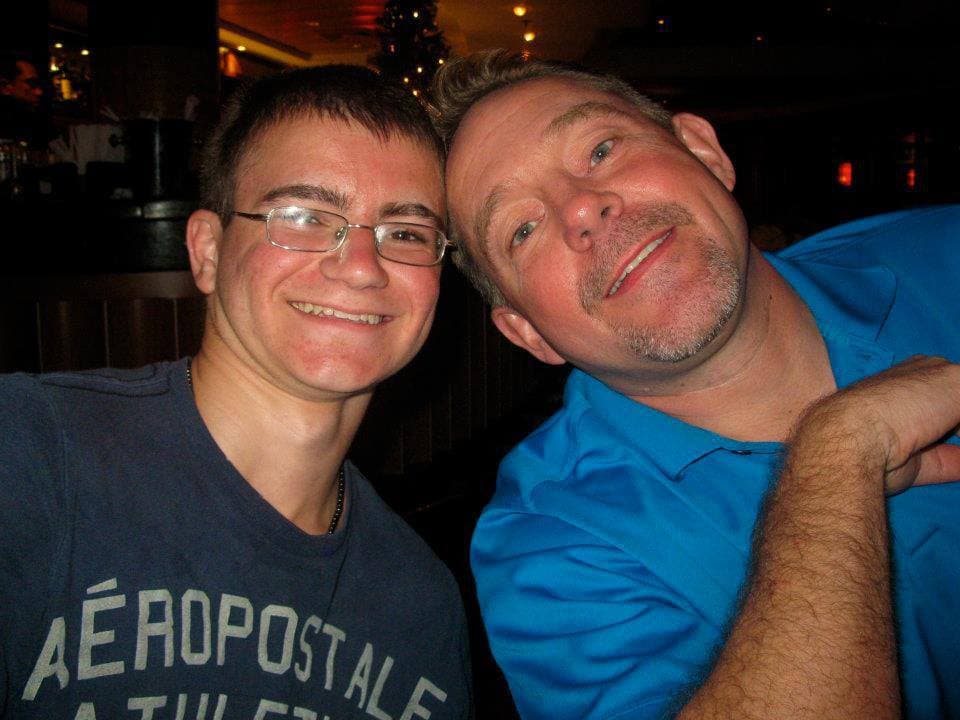 Left is Nick in an undated photo with Steve. (Via nickslaw.ca)[/caption]

In the spring, Steve and Natalie reconnected with MacLeod and wanted to find a way the government could do more to spread awareness on opioids and educate youth on the dangers of taking drugs. They created Nick’s law — which would take 10% or around $5.6 million of the government’s marketing budget and put it towards opioid awareness.

“(It would) educate people and make people aware of opioids and fentanyl which I think is extremely important,” said Steve.

MacLeod feels it is important because she says the government has put millions of dollars towards other projects in the past, yet little funding is going towards opioid awareness.

“There is no silver bullet to this crisis. What it’s going to take is many tools in the tool kit,” said Macleod. “$5.6 million went into Hydro affair plan ads (and) $5.7 million went into the ORPP (Ontario Retirement Pension Plan) ads and the ORPP ended up being scrapped.”

Steve hopes that if the bill is passed, it would help educate the youth and less teens would get into drugs.

“I think you need to start and have a real conversation not just a commercial with a frying pan and an egg,” said Steve. “Kids are smart. Just be completely truthful.”

Currently the bill has passed first and second reading and was referred to the Standing Committee on Social Policy on Oct. 5.

When Darren Cody first found out about the bill, he wondered why it was being named after Nick when other youth also died from drug overdoses.

“I was really surprised. I was wondering why it happened to Nick,” said Darren. “A lot of people die from opioids. We were the first ones to reach out to Lisa (MacLeod) about the issue and have been working with her for over 10 years now.”

Both Natalie and Steve feel Nick would be proud of the bill because he always liked to help people.

“He’d feel proud of us and he’d be honoured,” said Natalie.

“I don’t think he would be surprised,” said Steve. “You can’t sit back and let things happen. You have to do something about it and that’s what we do.”

A petition to help get the law passed is up at nickslaw.ca .

_ (Via Freshii) _ Freshii, one of the fastest growing health and wellness brands is celebrating their Grand Opening in Kanata on October 24th. Franchise partners Stewart Cattroll and Henry Chen opened their first location in Kanata North last month. The new store is located at ** 1106 Klondike Road, Unit B, Kanata, Ontario . ...

[caption id=“attachment_81427” align=“aligncenter” width=“1000”] We the Parents, a group that advocates for opioid awareness, is launching a new recovery program. Steve Cody, a We the Parents member, speaks at a meeting last Thursday. (Charlie Senack for OttawaStart.com)[/caption] Advocacy group We the Parents held a meeting at the Kanata Recreation Centre on Thursday to give an update on the growing opioid crisis and a smart recovery program coming to Kanata. ...