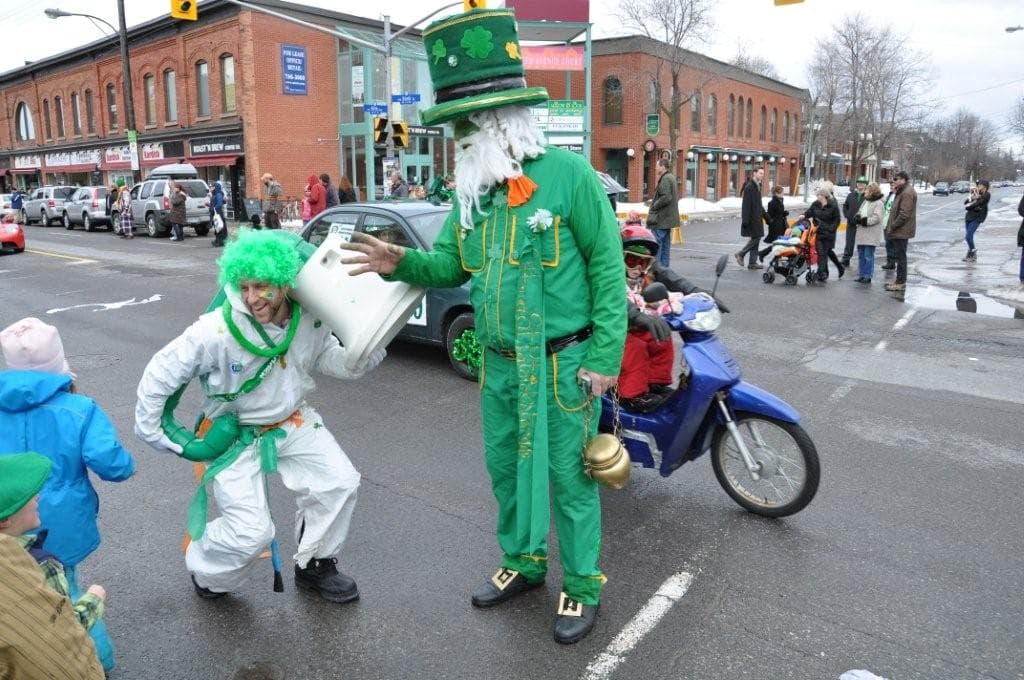 When it comes to St. Patrick’s Day, Ottawa is really ahead of the game this year. The 36th Annual St. Patrick’s Parade takes place a week early on Saturday, March 10. The parade will start at City Hall on Laurier Avenue at ** 11:00am ** , travel west on Laurier Avenue, turn left on Bank Street and end at Marché Way (Lansdowne Park).The Ottawa Food Bank will be picking up non-perishable food items and cash donations along the route.

The City of Ottawa wants you to know about road closures and traffic delays along the parade route:

The following roads will be closed:

OC Transpo routes 5, 6, 7, 11 and 14 will be detoured starting at 10 a.m. until roads reopen. Customers can catch the affected routes along adjacent corridors at temporary bus stops. Please visit octranspo.com for more information and to plan your transit trip.

Roads will reopen and bus routes will go back to normal as the parade passes.

Businesses at Lansdowne will remain open throughout the parade and motorists can access the site either from Queen Elizabeth Driveway or, if approaching from the south along Bank Street, at Exhibition Way.

The ** TD Ottawa Jazz Festival ** , taking place from June 21 – July 1, 2018 is proud to continue its tradition of acclaimed excellence and present a diverse and vibrant lineup in its 38 th ...