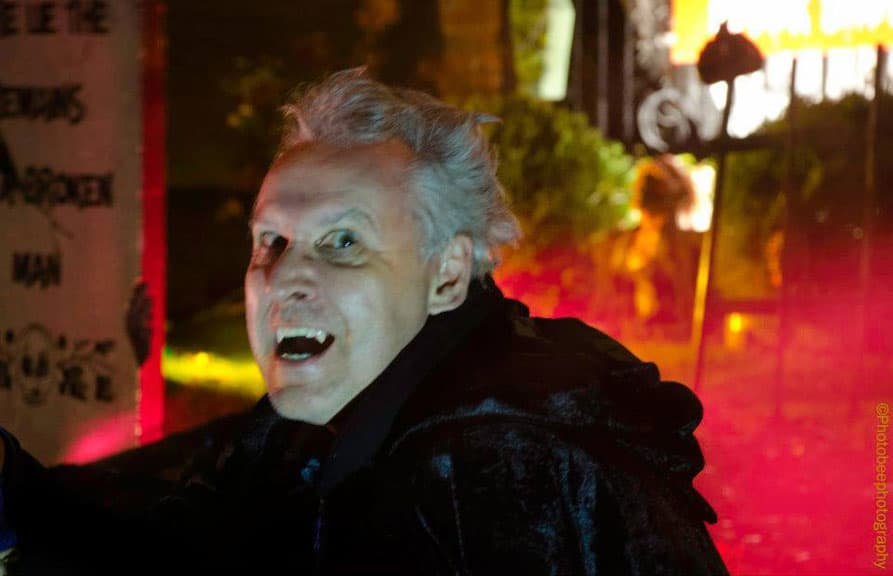 When I met up with ** Joseph Carbonetto ** the other evening for coffee, he looked absolutely nothing like his Facebook profile pic (see above).

He wore a button-up shirt, not a cloak. Neatly combed hair, no fangs. He had a smoked meat sandwich and drank a ginger ale instead of blood.

He was in business mode, ending a busy week of planning for ** The Manchester Hill Seance ** , an interactive haunting experience that he’s producing here in Stittsville from September 15-November 5. “So deeply unsettling, it will make your blood run cold,” according to the marketing.

“The experience is a two-hour interactive adventure and the recreation of a Victorian seance,” he says.

Groups of 16 people will meet up at Quitters Coffee, and will be escorted to what Carbonetto calls a “secret location” somewhere near Stittsville Main Street.

That top secret location is an old house that Carbonetto and his partners are converting into a haunted house, with lots of special effects and an “experience” featuring ** Jaymes White ** , an Ottawa-based mentalist.  It’s an update to a sold-out show that the team put on at ** Escape Manor ** last year.

“It’s not an occult-based show. We don’t claim to talk to anybody’s dead grandmother or anything like that. It’s absolute entertainment.  It is frightening, we don’t recommend children attend this,” he says.

He says the horror show will be inspired by Goulbourn’s rich history.

“It’s in a house built in the early 1900s and it was moved here from Aylmer in 1970, it’s on top of a hill and it has some historical significance to Stittsville. We’ve gone back and traced as much as we can.”

His team is in the midst of a big push to sell tickets. They hope to bring in close to 2,000 people for the show over about eight weeks. ** Tickets are available at https://www.jaymeswhite.com/tickets/the-seance/ . ** Use the promo code ** “Central” ** for discounted tickets. 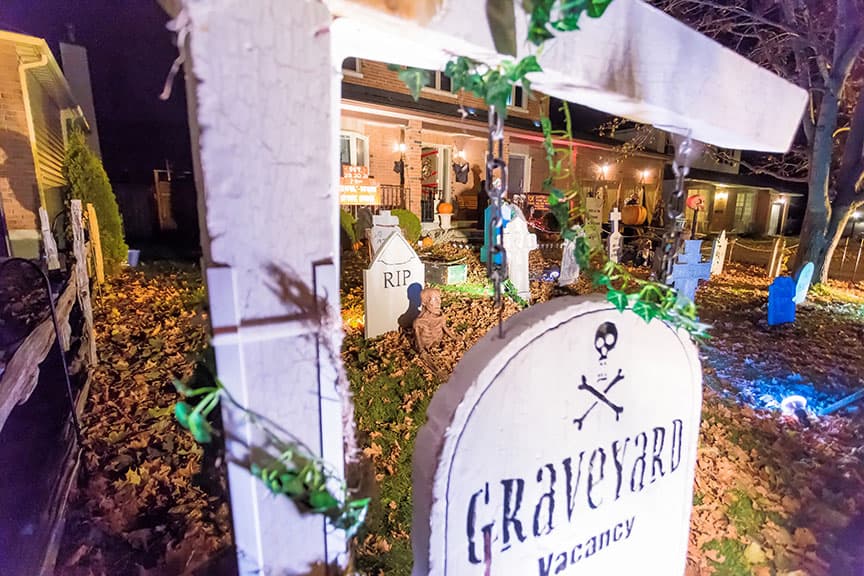 Carbonetto has been running the ** Ghoulbourn Spook Show ** every Halloween on Cherry Drive for 14 years. The elaborate haunted house has raised a ton of money for the Stittsville Food Bank as well as individuals with cancer.

He says his love of Halloween is in many ways a tribute to his brother, who passed away in 2004 after a battle with brain cancer. His brother absolutely loved Halloween.

“As a tribute to his passion, I decided I was going to start putting up decorations. I started with the usual Walmart stuff and through the years it grew and grew, and now I’ve graduated into creating my own animatronics,” he says.

His haunted house has become a beacon for a growing Halloween scene in Stittsville.

“It’s a society where you talk to one another and you get to know one another and you share this information.  There’s the ** Canadian Haunters Association , ** and the Ghoulbourn Spook Show is one of the top 100 attractions in Canada.  There’s nine haunts going on in Stittsville now, there used to be only two. It’s really nice to see people now getting into that level.”

He says developing the Manchester Hill seance show is a natural evolution of his passion for Halloween, and his ongoing desire to contribute something new to Stittsville.  He says a lot of the audience will be coming from outside of the community, and he’s confident they’ll stick around for dinner or drinks at local businesses. _ (This article originally appeared on our sister site, StittsvilleCentral.ca ) _

The Barbados High Commission invites you to come celebrate all things Barbados, in Ottawa, on ** Sunday, September 24, 2017 ** at Lansdowne Park (Horticulture Building). It’s ** Barbados Day ** part of ** Ottawa Welcomes the World ** a signature event of the Ottawa 2017 year of festivities. ...