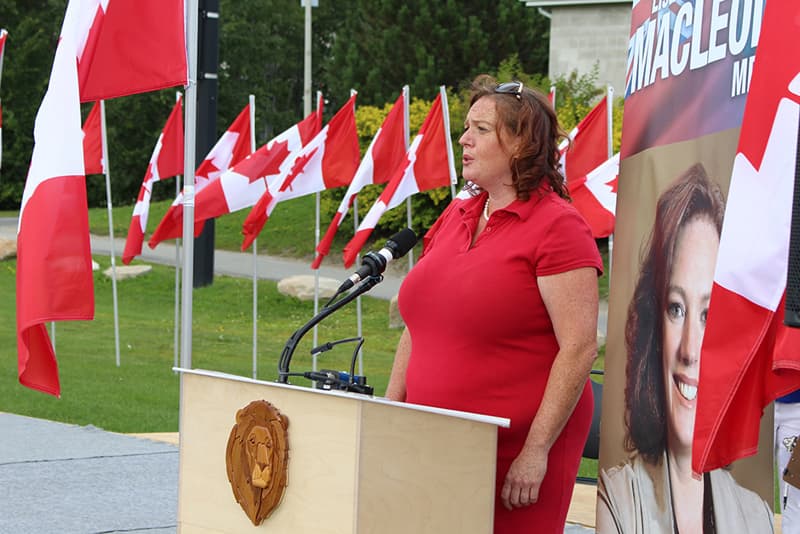 The lack of an official award to commemorate Canada’s 150

led Lisa MacLeod to launch her own to recognize residents from her community who do good things.

“Typically the Government of Canada recognizes a momentous event like Canada 150 with a medallion, but this year they didn’t,” said MacLeod.

The Department of Canadian Heritage dropped plans in 2016 to issue special medals but did not provide a reason, the _ National Post _ reported.

MacLeod wanted to use the award to give thanks to 150 people in her community who go above and beyond to help better society.

“I really wanted an opportunity to thank my volunteers, the people in my community who go above and beyond, who make sure our food cupboard runs, who went to war and supported our community and nation building efforts, and other people who have just been good people over the years,” she said.

This also comes at a time MacLeod says people often reflect on the hatred in the world yet don’t look at the positives.

“As a mother, and someone who is watching world events today, I think we need a lot more of us together (and) being united,” said MacLeod. “I want to celebrate our country, and that is why I’m launching the Nepean Carleton Canada 150 Inspiration Awards,”

Nominations are open on lisamacleod.com until the end of November. The award ceremony recognizing 150 great Nepean-Carleton residents is expected to take place sometime in December.

From September 10-15, ** Mostly Danish ** will be hosting a massive sale at its furniture warehouse on 2437 Kaladar Ave in Ottawa’s South End, as well as at its boutique storefront at 1000 Wellington West in the Hintonburg arts district. ...

It is time to think about the activities your children will be doing this fall! If you’re looking for the best role models, the most fun and the best gymnastics program in town… look no further! ** [ Starr Gymnastics & Fitness ](http://www. ...