If a city councillor tweets a barb, does Ottawa’s council code of conduct come into play?

We wondered this after Coun. Stephen Blais tweeted that Coun. Tobi Nussbaum’s refusal to vote on a contentious issue at city council was “a chicken move.” 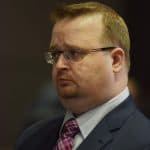 Blais’ criticism came down on Feb. 8, after council voted to approve 557 Wellington St. as the location for the Ottawa Public Library’s new central branch. Nussbaum said he had issues with the selection process and declined to cast a vote.

“Deciding to avoid voting for appearances after attacking issue & criticizing process is what is chicken - only one guy did that,” Blais tweeted after 580 CFRA producer Kris Sims asked him to explain whether he was calling Nussbaum a chicken, or just his actions.

Because Blais tweeted it at 12:02 p.m., when council was in session, did that contravene the councillor code of conduct? That is not clear.

“Members of council shall conduct themselves with decorum at all City Council and Committee meetings,” the code says. “No member shall… Speak disrespectfully of… a Member of Council.”

IE, councillors should treat each other respectfully during a meeting. But because the code applies specifically when a meeting is in session, does it apply to tweets that are sent in the middle of one?

“I am not aware of any complaint on this issue and in fact received praise from many constituents for holding my colleagues to account for the decisions they make, or in this case fail to make,” Blais wrote in an e-mailed statement on Feb. 21. “In fact, I received emails from (Nussbaum’s) own constituents complaining about his actions.”

He pointed to two sections of the Ontario Municipal Act. Section 224 , which outlines a councillor’s responsibilities as elected representatives, and section 246 , which said if a councillor is present at a meeting and doesn’t vote, then it’s counted as a nay vote. Blais said there is no regulation that allows for abstention.

According to minutes for the meeting , Nussbaum was counted as absent for the vote. The only nay was from Somerset coun. Catherine McKenney.

“Members of Council shall at all times serve and be seen to serve the interests of their constituents and the City in a conscientious and diligent manner and shall approach decision-making with an open mind,” Blais wrote, quoting the city council code of conduct.

“My statement speaks for itself,” Blais told _ ** OttawaStart.com ** _ at the following day’s city council meeting on Feb. 22, when asked if he was suggesting that Nussbaum may have broken the code by abstaining.

Stephen Blais and Tobi Nussbaum butted heads over the new site for the Ottawa Public Library. Nussbaum says he has reservations over the selection process. (Devyn Barrie/OttawaStart.com)[/caption]

“Potentially it could be an issue,” said Robert Marleau, the city integrity commissioner, who deals in code of conduct issues. When _ ** OttawaStart.com ** _ called him on Feb. 17, he declined to offer his interpretation of Blais’ tweet.

“I can only come to a conclusion after a formal investigation,” he said. “I don’t want to compromise a future investigation (by commenting).”

Marleau said something like this would only be investigated if a formal complaint were filed and if there was sufficient grounds to proceed. Anyone, including another councillor, can file a complaint.

In terms of punishment, former councillor Alex Cullen said the code of conduct is generally toothless.

“It is, I would say, an honour code,” Cullen said. Instead of leaving it up to the code, Cullen said it’s better to let voters or the press hold a councillor accountable for their behavior.

According to the city’s website , council could decide to apply sanctions after an integrity commissioner investigation. These sanctions can include reprimands, suspending pay for up to 90 days or ordering the member to issue an apology.

Sanctions are applied only by city council, but the integrity commissioner could make recommendations. None of the listed sanctions include censure or suspension from meetings.

Cullen said Blais’ tweet really wasn’t a big deal, but it might not have been a bright idea.

“It’s not respectful,” Cullen said of the snipe. “It doesn’t help political discourse (to insult).”

But he said Blais may have compromised his relationship with a colleague by doing what he did.

“Politicians live and die on their reputations,” he said. ”I learned a long time ago never to burn a bridge in politics.”

An e-mail requesting comment from Nussbaum went unanswered. _ FYI: Ottawa East News published a story on Friday about Nussbaum’s own misbehavior, an “outburst” he had on Feb. 22 at a New Edinburgh community meeting. He apologized for that. _

Charmed by Champagne? Prefer Prosecco? Don’t miss natureTASTES at the Canadian Museum of Nature! Experience the unique pairing of a museum scientist and sommelier Debbie Trenholm from Savvy Company leading an evening of sparkling wit and wines. Taste traditional, contemporary, and experimental sparkling wines and explore how the natural environment can impact flavour and wine production. ...

_ The following was written by Kanata mom Shelita Dattani, who is the associate director of professional development at the Canadian Pharmacists’ Association. She also works _ _ part time as a pharmacist at the West Carleton Pharmasave in Carp and at Northwest Telepharmacy Solutions. ...