As cutbacks sweep across Canadian media outlets, Melissa Lamb, one of the presenters of CTV Ottawa Morning Live, was laid off due to “restructuring,” Lamb confirmed in a Facebook post on Nov. 16.

Lamb found out about the news at around 10:30 a.m. on Nov. 15 after coming back from a live on location report at the CHEO lottery dream home in Manotick.

“It’s crazy, I’ve been there for seven years,” she said in a phone interview on Monday. “My role on the show had gone from weather anchor, to live on location, to reporter.” 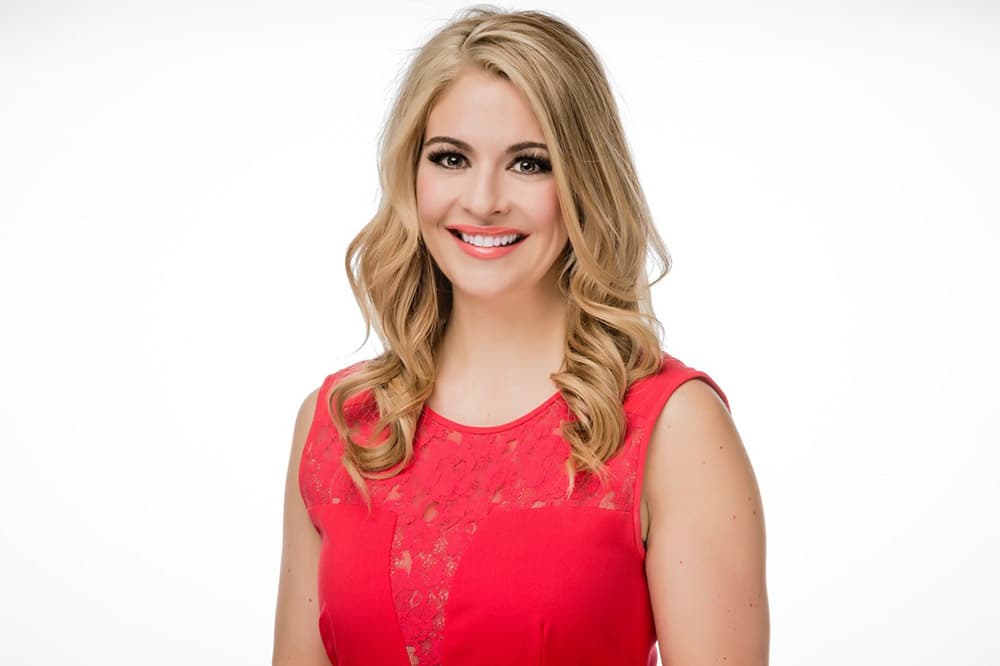 Melissa Lamb says she doesn’t yet know what the next step for her career is. (Provided)[/caption]

Lamb started at the company in 2010 when it was still the A Channel. During her seven years at the station, Lamb says there have been many changes with staffing – especially with the recent arrival of Henry Burris, former Ottawa Redblacks player and Trisha Owens, a former Magic 100 host who recently returned after two and a half years out of the media business.

Lianne Laing also left the station on Nov. 10 after a 20-year career with the company, but said it was her decision to move on.

“I am excited about the opportunities that lie ahead,” Laing said on Nov. 2 in a Facebook post when she announced she was leaving the station. “I continue to look forward to motivating and inspiring others and of being my authentic self.”

Laing is now on vacation in the Dominican Republic.

Lamb, however, was among multiple let go across Bell Media. There were cuts at other stations in other cities, including Michael Kane, a Business News Network host as well as Joe Tilley and Lance brown, sportscasters at CTV Toronto.

Unifor, the union which represents employees at 17 local CTV stations, estimated that about 50 jobs had been lost in the latest round of cuts.

Lamb says it still has not sunk in and that she feels like she is just on vacation for a few days.

“I’ve never had two weeks off in seven years. The longest I took off was a week and a half,” Lamb said. “I’ve had a job since I was 15 so I always worked — it still hits me emotionally when it sets in that you’re not going to work tomorrow.”

Looking back at her time at the station, her favourite part was the people she worked with and said she still talks to them every day.

She said she’ll remember the humorous times she had on air with her colleagues, whether it was the yearly Halloween frights, or the constant nagging that Kurt Stoodley, a former host at the station, used to give her for being single.

“I worked with some incredible people and all my colleagues are still incredible people,” said Lamb. “It never really felt like a job but a really cool thing I got to do. I had so many highlights in the past seven years but I think mainly it’s the people I worked with.”

Lamb says she’s not sure what’s next with her career. She said it will depend on what happens with her boyfriend Nigel Romick, an Ottawa Redblacks player who still has a year left on his contract.

“My boyfriend has just been by my side every second. He has been so amazing during this process,” Lamb said. “I’m just so lucky and it’s at times like this you realize how thankful you are.”

Since leaving, she said she has had multiple job offers but said she will take some time to regroup before returning to the workplace.

Bell Media has gone through several rounds of layoffs over the past few years.

In 2016 several Ottawa radio hosts were let go. In 2015 hundreds of jobs were cut across the country – including that of Carol Anne Meehan, former co-anchor of CTV Ottawa News at Six.

Unifor blamed the Canadian Radio-television and Telecommunications Commission for this latest round and said the broadcasting agency should enforce stricter conditions on broadcasters.

“These huge media companies were allowed by the CRTC to grow big and eat up smaller companies with the expectation that they would maintain a high level of local news coverage,” said Howard Law, media director at Unifor, in a news release. “This was supposed to end happily for local news and it has not.”

Unifor says the cutbacks will spell the end for local sportscasts at local CTV stations, which have already been cut from local newscasts in several cities, along with the stations’ sports reporters. While CTV Ottawa has retained its sports reporter Terry Marcotte, his segments have been scaled back recently.

Richard Gray, Bell Media vice-president and general manager of radio and TV for Ottawa, did not return a request for comment. _ If you liked this post, consider subscribing to the free OttawaStart.com Etcetera newsletter – featuring news and events twice a week. _

[caption id=“attachment_83853” align=“aligncenter” width=“1000”] The Downie and Wenjack families onstage during a tribute to Gord Downie at We Day in Ottawa on Wednesday. (Charlie Senack for OttawaStart.com)[/caption] The family of Gord Downie took to the stage at We Day on Wednesday for a moving tribute to the late songwriter. ...