The Auto-Sky Drive-In was located at the corner of Baseline and Fisher. Image: geoOttawa (1958) Aerial.

Although they have come to occupy a somewhat legendary position in North American popular culture, the glory days of the drive-in theatre were actually somewhat short-lived, being largely confined to the 1950s. As the 1960s progressed and indoor theatres were constructed in the suburbs[1], the popularity of drive-in theatres waned. This is to say nothing of the quickly rising property values as suburban sprawl more often than not came to surround drive-ins acros the country. Nevertheless, their popularity in Canada was unmatched anywhere in the world, save for the United States.[2]

For a magical 15 year period, as Ottawa’s suburbs grew in the immediate postwar period, it became an increasingly unattractive proposition to pile the family into the Rambler and head downtown just for a movie. Combine that with the new intense love affair with everything automotive[3], and the time was right for drive-ins to spread.

As soon as Canada’s first was constructed at Stoney Creek in 1946, the interest of entrepreneurs across the land was piqued. Indeed, the first mention of a drive-in theatre in the Ottawa Journal was actually a notice of a debenture issue by Skyway Drive-In Theatres Ltd., the company that opened the drive-in at Stoney Creek. Their expansion plans included the construction of as few as five drive-ins. 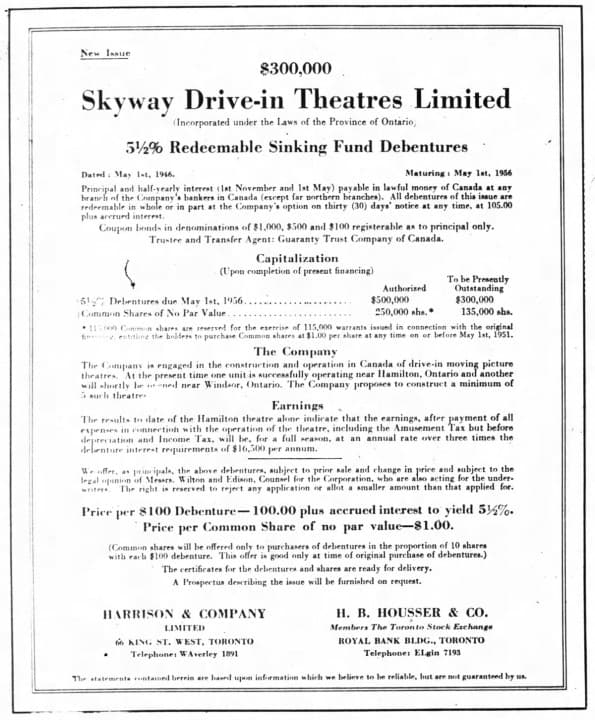 As they continued to pop up across the country, it was about time that Ottawa received its own as well. And for that, there was something of a race. The first to announce was the Auto-Sky. Company president Jack Chater had experienced the one at Stoney Creek and teamed up with local farmers Clarence Seabrook and Mervyn Sheppard to plan their venture. The announcement, which was published in the October 31, 1947 edition of the Journal, stated that the Drive-In was to open around May 1 and begin with a capacity of 500 cars, with a planned subsequent expansion to 1,000. 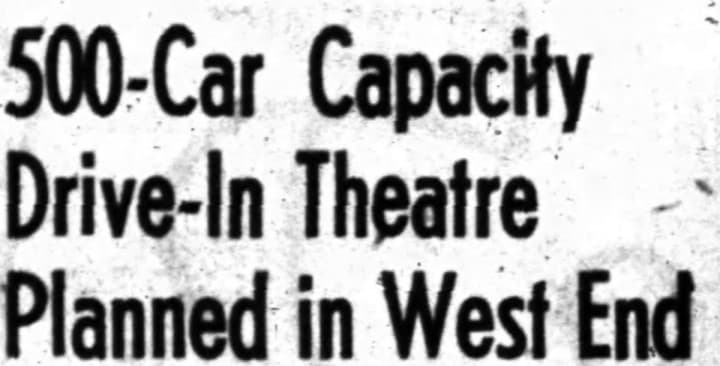 In spite of the announcement saying that work had begun, the property transfer hadn’t been completed until January.[4] Perhaps a little foreshadowing. In the meantime, Ault-Kinney partnered with Toronto’s Park Drive-Ins and announced the construction of a Drive-In in the Britannia area. While the papers didn’t mention anything resembling a race, Ault-Kinney’s project beat the Auto-Sky to the punch by two weeks, opening on July 15, 1948. That evening, 1,000 cars packed into the new venue and seven police officers directed traffic.[5] 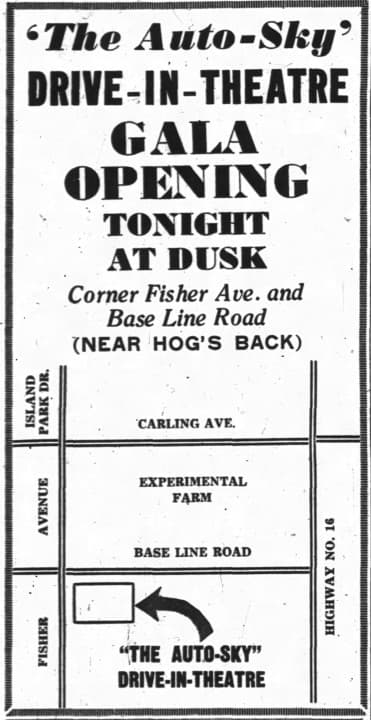 No, the Auto-Sky didn’t end up being the first in the region as intended when announced. That fact didn’t hold Chater & Co. back, however. Source: Ottawa Journal, July 28, 1948, Page 21.

While the Auto-Sky may have lacked a little of the flash and big-name support of the Ottawa [Britannia] Drive-In, it had its own charm and its own audience. Two weeks following the opening of the drive-in at Britannia, the Auto-Sky had its opening night, showing to 600 patrons. According to Auto-Sky president Jack Chater, the “drive-in was intended primarily for the farmers of the Ottawa district, who could drive in after finishing their chores and watch a show with the family. For that reason we let the kids in free of charge.”[6] 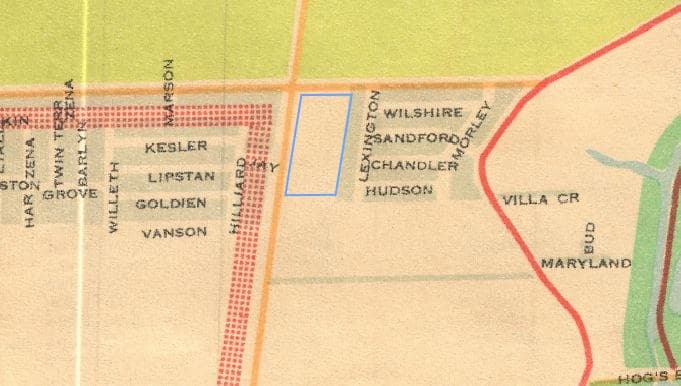 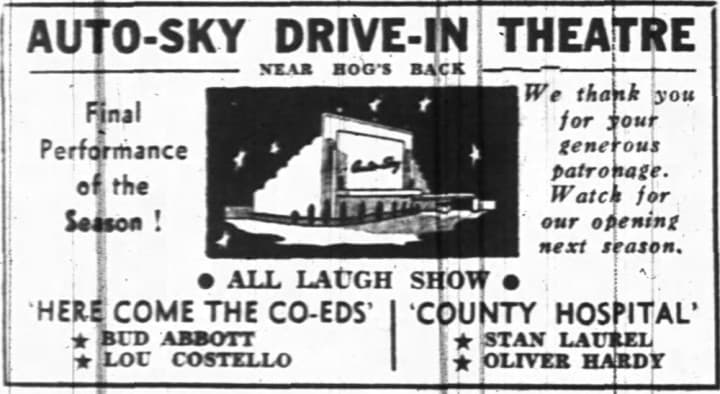 From there, the Auto-Sky served the surrounding areas well. The challenge appears to have come quickly, however. As early as 1960 there were rumours flying around that it was up for sale to be redeveloped as a shopping centre.[7] While Auto-Sky manager Jack Critchley quickly denied it[8], the rumours hadn’t emerged from nowhere. 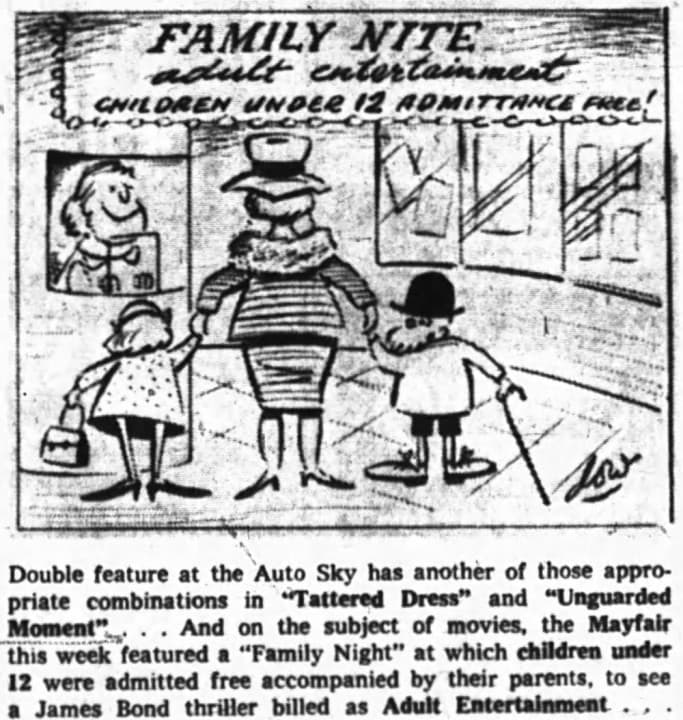 As early as 1963, the Auto-Sky was beginning to get a reputation for mixing family fare with films that are a little more …blue. Source: Ottawa Journal, October 19, 1963, Page 21.

While most of the city’s energy was spent during 1962-63’s drafting of the comprehensive zoning bylaw on the argument over building heights, there was a smaller battle brewing. The Auto-Sky, the only drive-in within the City of Ottawa’s boundaries, wanted the ability to open on Sundays like most theatres. The city hemmed and hawed: the fear seemed to be about traffic more than anything, but it was ultimately granted. This was, however, just a small speed bump. As early as 1963, the drive-in was receiving criticism for its double features being a little racy. 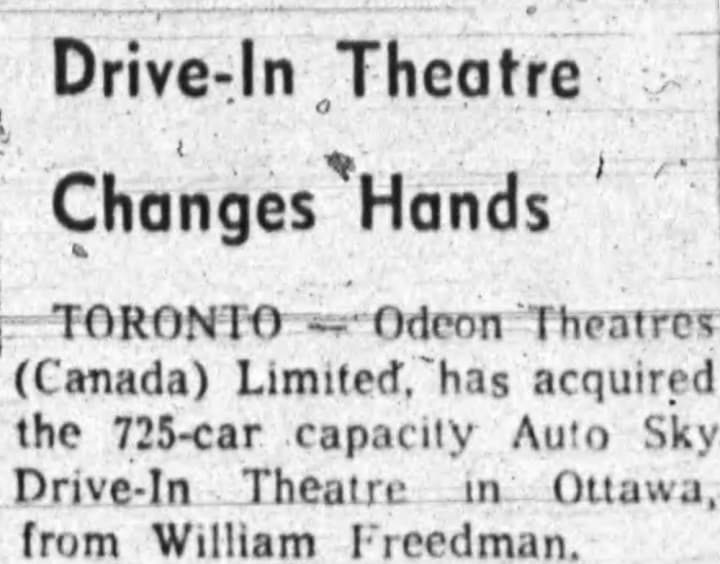 In the spring of 1965, the Journal announced that the Auto-Sky had been sold by owner William Freedman to the Odeon chain of theatres, bringing the chain’s total to four theatres in Ottawa.[9] The following year Odeon made some upgrades to the concession. It appears that the Auto-Sky, with Odeon’s backing did well enough, albeit at a more subdued level.

In 1973, then owners, Beeandbee Theatres Ltd., requested a rezoning of the property from low-density residential to what they characterized as “medium density.” The proposal brought hundreds of local residents out to object. Packed houses with local residents protesting the appearance of 8-12 storey “towers”, traffic, and altogether unwanted density. Some even raised the spectre of l’Affaire Dasken as a show of community power. The city received a last-minute Hail Mary when it became clear that the local sewer system could not handle the additional population and the rezoning was delayed until the upgrades were planned.[10] 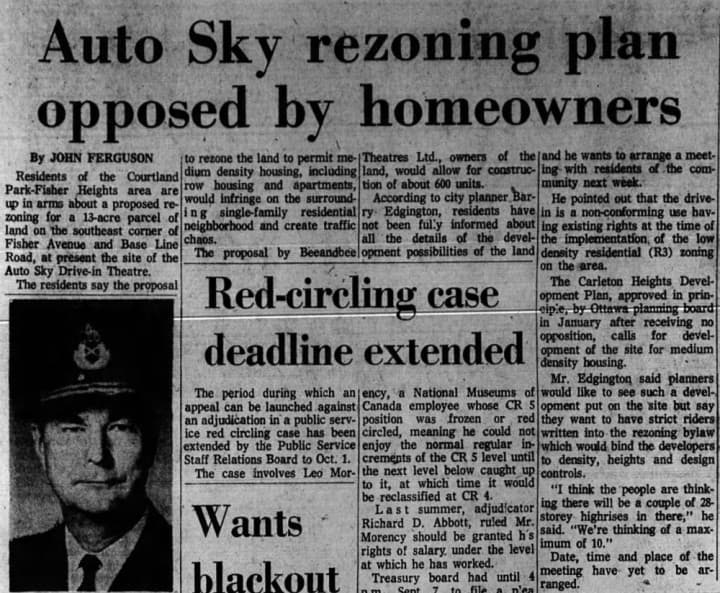 Two years following, in 1975, another rezoning request was made for the property, this time from New Eden Developments. Community opposition, in this case, was also swift. This time, the City didn’t have the ability to kick the ball further down the field, however. Confronted with the issue, the Board of Control rejected the request out of hand. Auto-Sky, the little drive-in that couldn’t, remained precariously doomed to remain in operation. 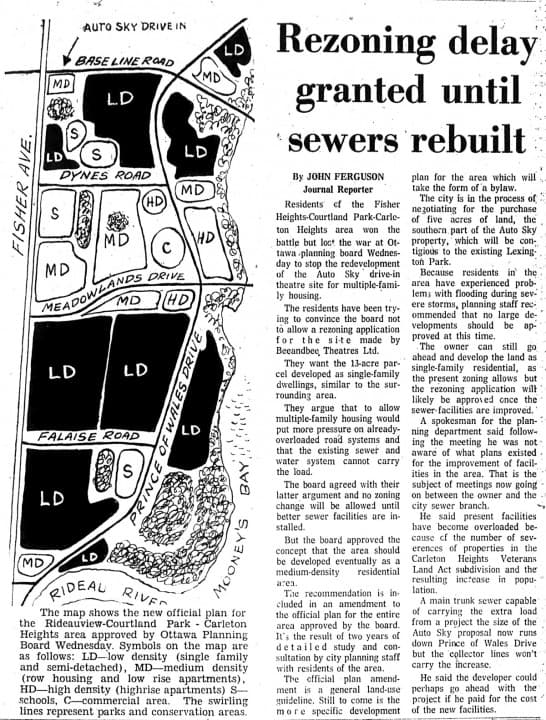 Ottawa was able to kick the ball further down the field thanks to a lack of sewer capacity. In 1975, the Board of Control rejected the request out of hand. Source: Ottawa Journal, November 8, 1973, Page 3.

Had the Auto-Sky been considered a good neighbour, the re-zoning application’s opposition may have been somewhat more muted than it was. However, the proposal took place in a time when the neighbourhoods were becoming increasingly uncomfortable with the films being shown. After it had changed hands from Odeon to Beeandbee (and later to New Eden), the programming became even more … titillating. Indeed, the films shown by the mid-1970s made the “adult” films being shown the previous decade seem downright quaint. 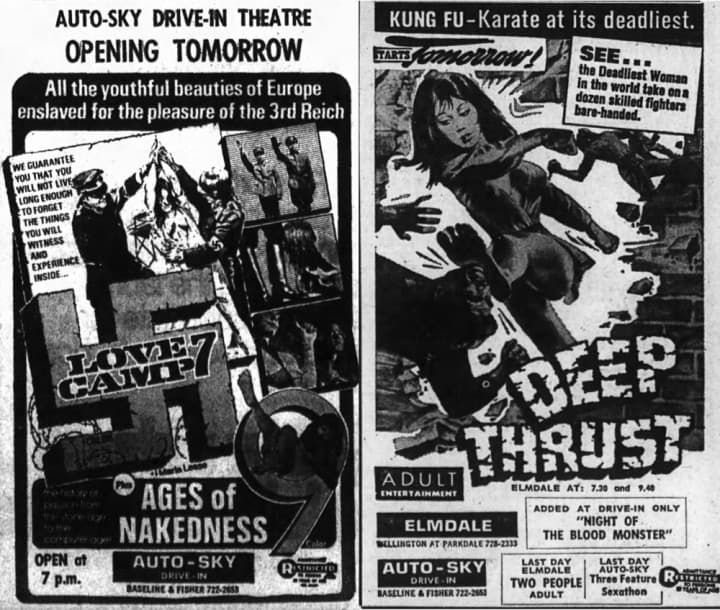 Fisher Heights and Courtland Park were probably more offended by the re-zoning application than they were the programming. It didn’t make it well-loved though. The “Love Camp 7” and “9 Ages of Nakedness” double-header was actually a replacement for the cancelled “Ginger” and “The Love Object”. Sources: Ottawa Journal, April 12, 1973, Page 46; Ottawa Journal, May 31, 1973, Page 50.

With the well downright poisoned, it appears that both parties had gone for broke. On May 11, 1974, based on neighbour complaints, the Ottawa Police showed up at the Auto-Sky and seized the prints of a recently-run triple-bill: A House Near the Prado, The Touch of Her Flesh, and A Hard Man is Good to Find. The Morality Unit of the Ottawa Police found the first two passable, but it was the last one resulted in obscenity charges being filed.[11] 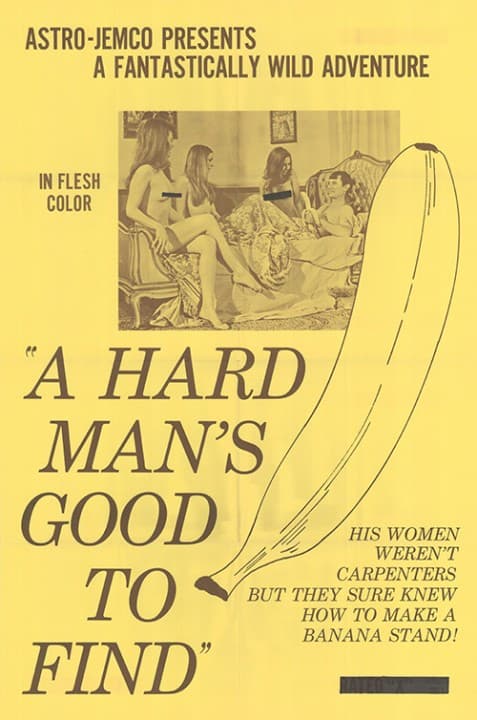 Odeon, who continued to manage the theatre, agreed to show only clean films, and the obscenity charge was dropped. The Auto-Sky continued the amble along thereafter, though it was just a matter of time. The various owners of the land beneath were clearly interested in selling for development, and the neighbourhood around was neither friendly to the drive-in remaining nor was it anxious to see it go. 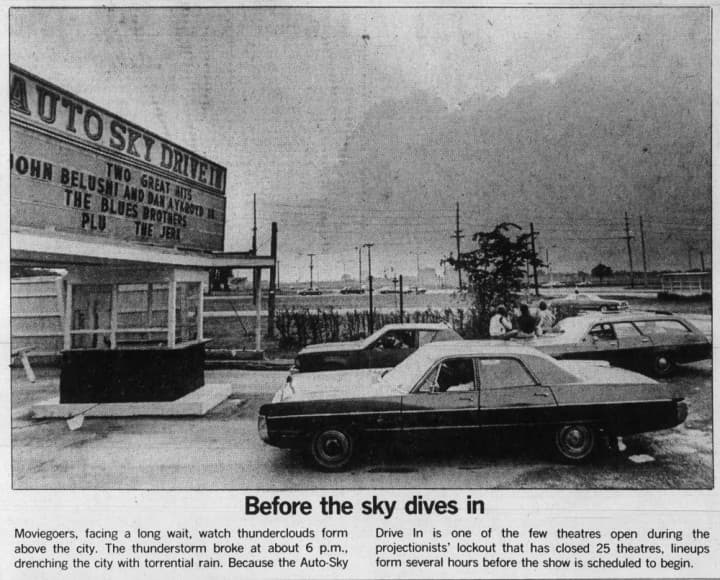 With less than a year remaining, the Auto-Sky received a last-minute stay of execution when 5/6 of Ottawa’s theatres were shuttered due to the projectionists’ lockout. Source: Ottawa Journal, July 30, 1980, Page 3.

Aside from a temporary reprieve thanks to the film projectionists’ lockout in 1980 (The Auto-Sky was one of five “independents” in the city that could show films), the days were most certainly numbered. As with many of Ottawa’s properties, it came to be developed by Assaly. In this case, the developer was able to deliver it without the much-feared midrise development. 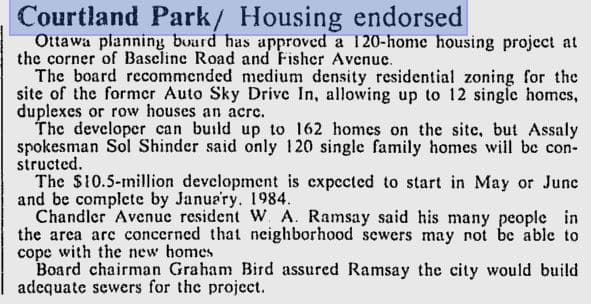 This podcast looks to promote the amazing talent, food, events and music Ottawa has to offer. Every week we will introduce you to new things about Ottawa you never knew existed. ** This week: ** We meet up with the creative Shawn MacDonell who organizes all kinds of cool community events to put a little joy into people’s lives. ...

Ottawa Fury FC today announced the hiring of Darko Buser who joins the club’s technical team effective immediately. Buser, who holds a UEFA A Licence, has spent the last 12 years working at Chelsea FC, working directly with their academy for the last decade. ...