_ (Via Ottawa 2017) _ Due to conflicting and inaccurate reports on attendance numbers for this past weekend’s Red Bull Crashed Ice, we would like to provide the following information on site capacity for the event.

Approved site capacities based on the emergency plans of the City of Ottawa:

Capacity was reached in the bowl on Friday night, resulting in the additional road closure of Wellington St. 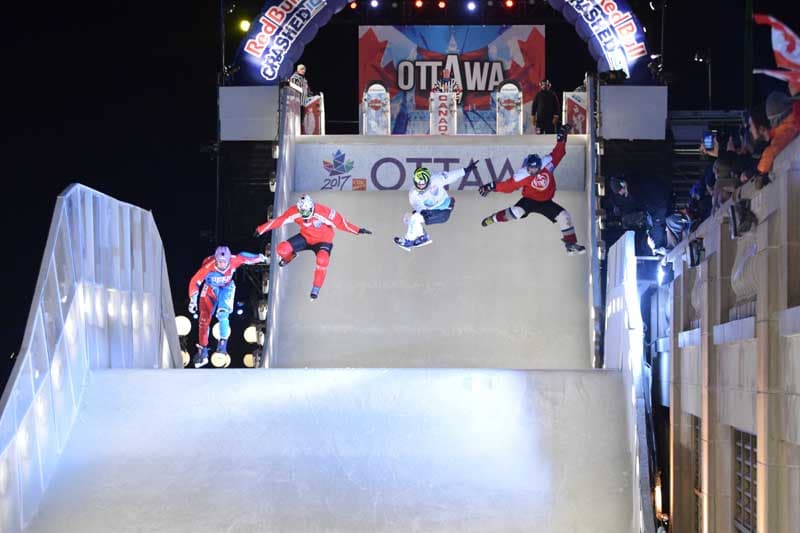 Capacity was reached on all sites on Saturday night, resulting in the additional road closure of Mackenzie Ave. and Elgin St., as well as the addition of traffic management staff on Sussex Dr. to assist with pedestrian flow.

RCMP geospatial measuring pegs the crowd at 28,000 in one snapshot from Saturday evening (8pm) for the bowl and Wellington area. That does not‎ account for the very large flow-through crowd due to the cold, which would put overall attendance much higher, as attendance turned over approximately 2 times, a significant increase over the 28,000 number that was shared.

Given the multiple waves of people, ** _ attendance is estimated in the tens of thousands _ ** . At this point, it is not possible to provide a more specific overall number.

An on-site intercept survey was conducted in order to measure the ratio of visitors vs. residents. In the coming days, to deliver on obligations to funding partners, a telephone survey will be conducted in the national capital region. This statistical data will be analyzed and, following that, an accurate measurement of the attendance will be released.

Ottawa 2017 and our partners at Red Bull Crashed Ice are grateful to the tens of thousands of participants who braved the cold temperatures to experience this Ottawa first. We also extend our heartfelt thanks to the over 150 volunteers who contributed their time and talent to the event. Thanks to everyone, it was a huge success, with no major incidents, that featured our city in a high-level way to viewing audiences across Canada and around the world.

From March 16 – 19th, the Shaw Centre will be transformed into a car-lovers paradise when the Ottawa-Gatineau International Auto Show returns with 300 shiny new vehicles from over 30 of the world’s top auto manufacturers. Visitors to the show will have a chance to compare features of various brands, learn more about driving electric, see what’s new in the world of luxury and exotic cars, and get up close and personal with cars built for the track. ...