“The White Bridge”, photo of the Bank Street Bridge by Alain Villeneuve, via the OttawaStart Flickr Group.

Today City Council voted in favour of improving the Bank Street Bridge for people who ride bikes, walk, and roll. Council voted in favour of reducing the number of car lanes from four to three, and widening and converting the sidewalks into two-way multi-use paths on either side of the bridge. For many years, Bike Ottawa and other community voices have been vocal in their support for a safe link for people on bikes over this bridge, as traffic moves at high speed and there are no alternative routes in the area. 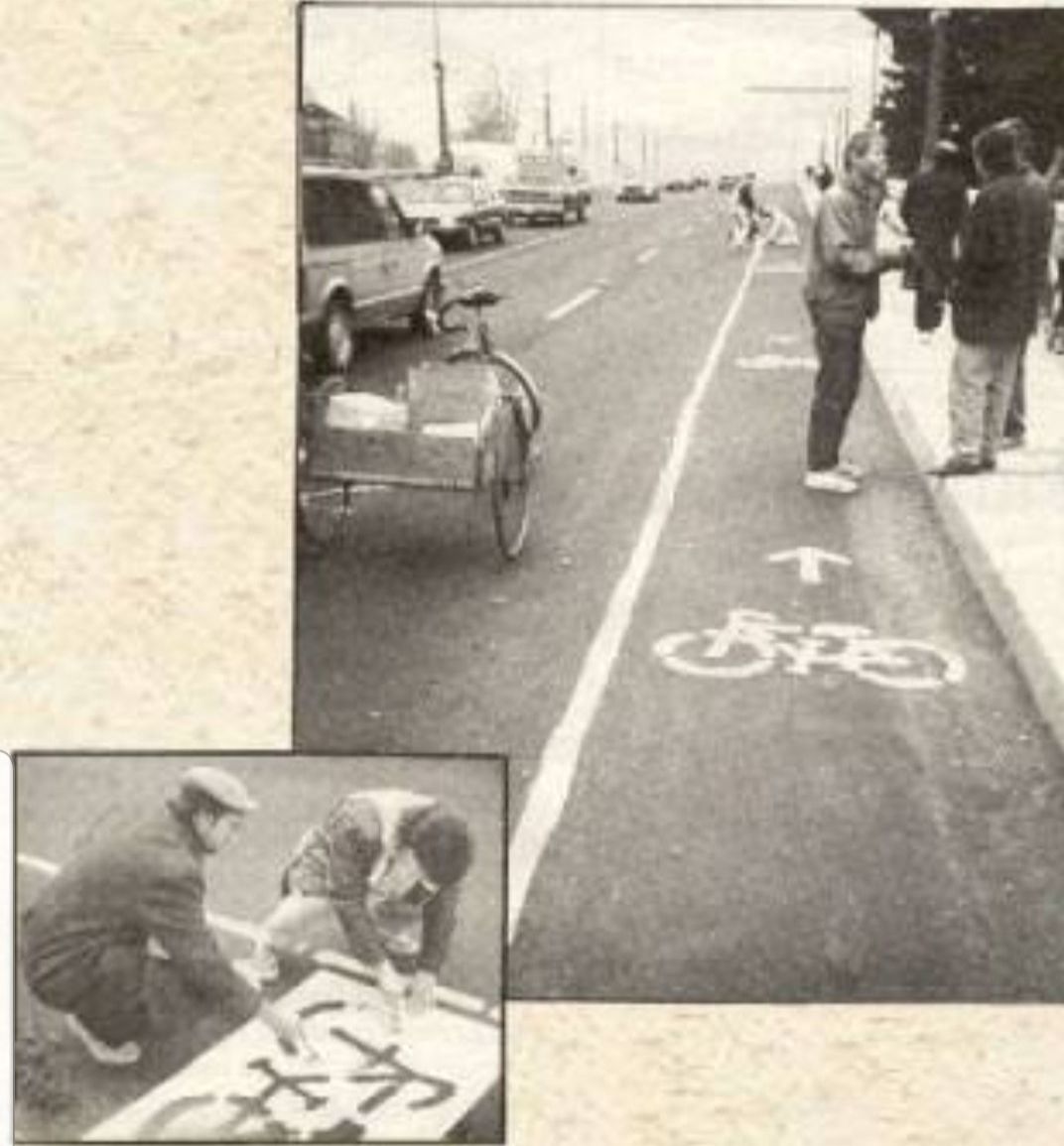 In 1993, community activists took matters into their own hands in order to demonstrate the need for a bike lane on Bank Street. (Via Bike Ottawa.)

Now that City Council has approved the project, it will proceed for further design details. Bike Ottawa will be continuing to advocate for further safety elements, including a buffer or railing to further separate users on the multi-use paths from traffic. Construction is expected to begin in 2021.

We know that with pressure, the City can be convinced to make our streets safer for everyone. We want to thank everyone who took the time to write to their elected officials for making their voices heard. Without you, we wouldn’t be celebrating today!