A little paint and a little extra care has breathed new life into this block at 1098 Somerset W. February 8, 2014.

It was not so long ago that most of Ottawa’s earlier main streets were dominated by two-to-four storey blocks with commercial space along the ground floor and apartments above. In some cases the merchants themselves lived above their business and in other cases, a number apartments were constructed for additional revenue-raising purposes. It didn’t hurt that the upstairs tenants formed a sort of natural market for the businesses below.

Both architectural tastes and the economics of development and construction have changed, however. The specific sort of early 20th century mixed use blocks that line many of Ottawa’s traditional main streets aren’t likely to return any time soon. Any developer would be hard-pressed to turn a profit on such a project (or at least proceed with the confidence that they could) and most individual independent retailers long ago abandoned the construction of their own premises. It is fortunate that so many of these buildings remain. 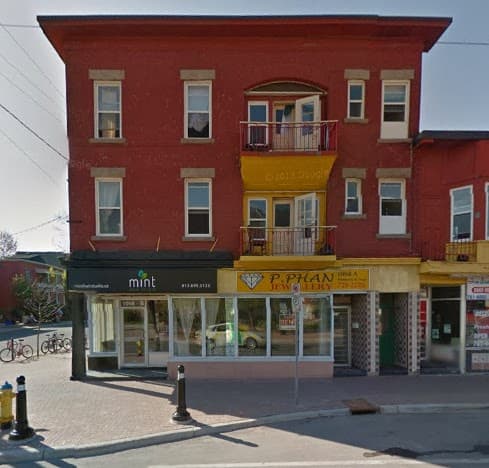 How the block appeared previous to the restoration. Source: Google Streetview (Image Date: 2012)

The building’s location at Somerset and Spadina. (Bing Maps)

This building, at the corner of Somerset West and Spadina in Hintonburg was constructed c. 1922-23. In the ground floor units were Edward D. Box’ grocery (1098 Somerset) and Stirling’s Drugstore (1100), and the eight-unit apartment above was named the Jocelyn Apartments (1102). A quick look at the names of the tenants in 1923 lends a taste of the English-French mix that prevailed in Hintonburg, and in a number of Ottawa’s other working-class neighbourhoods. Edward Box, his wife, and children did not squeeze into one of the apartments above. They rented the townhouse at 387 Sunnyside. 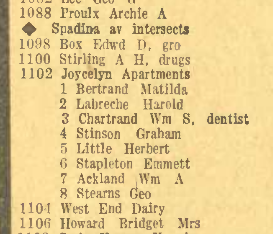 The 1923 edition of Might’s Directory lists the street-level businesses and the fully-rented apartments above.

Before long, Box moved his grocery to 298 Bronson, ceding the space to others. A number of other grocers came and went, but by the early 1940s, James Nesrallah settled in, beginning a long relationship between the Nesrallah family and the grocery at the corner of Somerset and Spadina.

The long-term relationship may have been cut short. A fire that began in the cellar had the potential to destroy the building had it not been for the quick response of the Fire Department. Source: Ottawa Journal, October 21, 1950.

Nesrallah’s IGA was one of the west-central sources for discount CFL tickets. Source: Ottawa Journal, July 15, 1964.

By the late 1970s, it had exchanged the IGA banner for the M/M Markets banner. Nesrallah’s Super Market operated at the address until fairly recently and the space is now occupied by Mint Hair Studio, which opened its doors in August 2011. 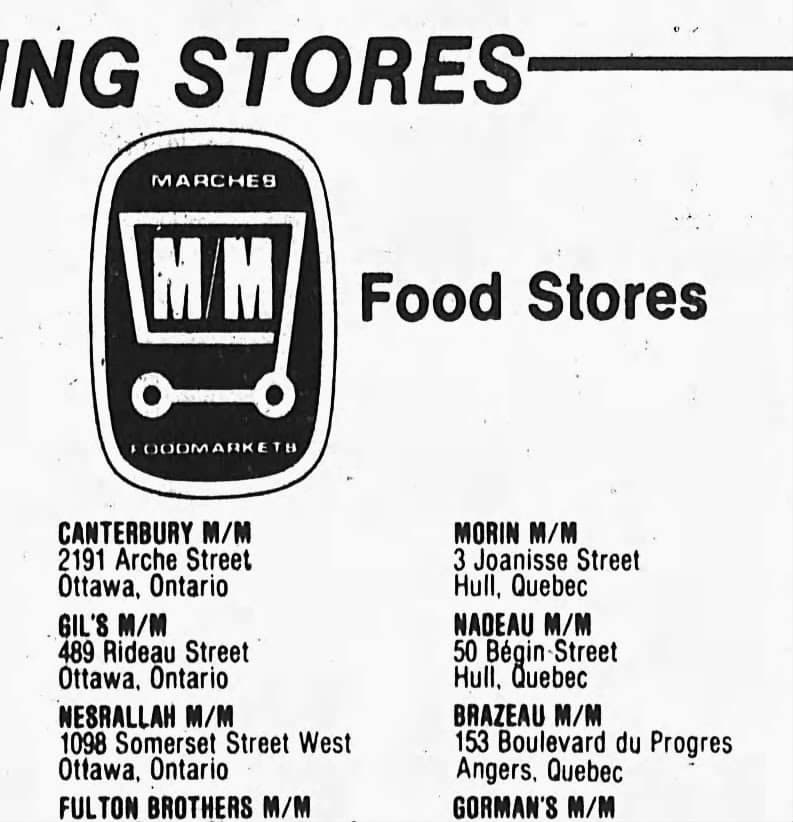 [ ](http://ottawastart.com/wp-content/uploads/2014/06/lolProfile.jpg) Every week we publish a link to the Lunch Out Loud podcast, a weekly show produced by Nick Bachusky and co-hosted by Andrew Miller. This week: We meet up with the National Capital Region’s representative from the Canadian Culinary Championships, Marysol Foucault from Edgar restaurant in Gatineau. ...

“Snowy Owl between the lines” / Photo by Arne Berg, from the OttawaStart Flickr Group. Here are our contributors' picks for the best events in Ottawa this week. ** ** ** Thursday, February 20: Wild and Scenic Film Festival ** ...