When news got out this fall that Mayflower owner Walter Krepski had decided to retire and sell his restaurant, a veritable tidal wave of memories seemed to flood the city. The local coverage of this institutional loss was as beautiful as it was nostalgic. When seemed to be missing, however, was much about the restaurant’s history from its opening in 1959 until Krepski’s purchase in 1977.

As I had discussed in a recent article on the nearby Party Palace, the 1950s were a period of growth and change in Centretown. With so many new residents taking up residence in the new apartment buildings, the rapidly-commercializing Elgin would play host to a number of badly-needed amenities. Through 1958, to accommodate the arrival of the new Elgin IGA, a new two-storey commercial block was constructed at the corner of Elgin and Cooper. 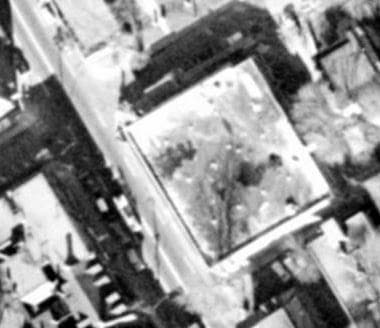 Aerial photograph (1958). The rowhouse has been razed and the current building constructed in its place. At the date of this picture, the building hasn’t yet been completed. Source: geoOttawa.

While the opening of the Elgin IGA in the winter of 1959 garnered the most of the attention, three other businesses opened alongside it: Reiner B & Co. Office Supplies, Elgin Shoes, and of course, the Mayflower Restaurant.

After working in a number of restaurants around Ottawa following their immigration to Canada from Greece, brothers George and AngeloKaralekas saved enough to open a restaurant of their own. Though the Mayflower was initially staffed by family members, it appears that business was good. Beginning in 1960, they began to advertise various positions in the papers. Outside of want ads placed, it appears that their venture was something of a quiet success: scarcely a word was published in either the Citizen or the Journal in those early days.

By 1968, the Karalekas brothers were ready to move on to other things and on January 31 they sold the business to Gunther Koehler and Adolf Koenig. Unfortunately, Angelo did not have much time to enjoy his success: he was killed in a collision on Highway 17 just outside of Rockland on March 1, 1968. That portion of the highway had been dubbed a “killer strip” as the result of a high number of fatalities, particularly those in winter. The lawsuit resulting from Angelo’s death wound its way through the court system eventually making it to the Supreme Court. Their decision handed down in 1974 remains an important one in the setting of provincial responsibilities for maintaining winter road safety standards (1976 1 SCR 595). 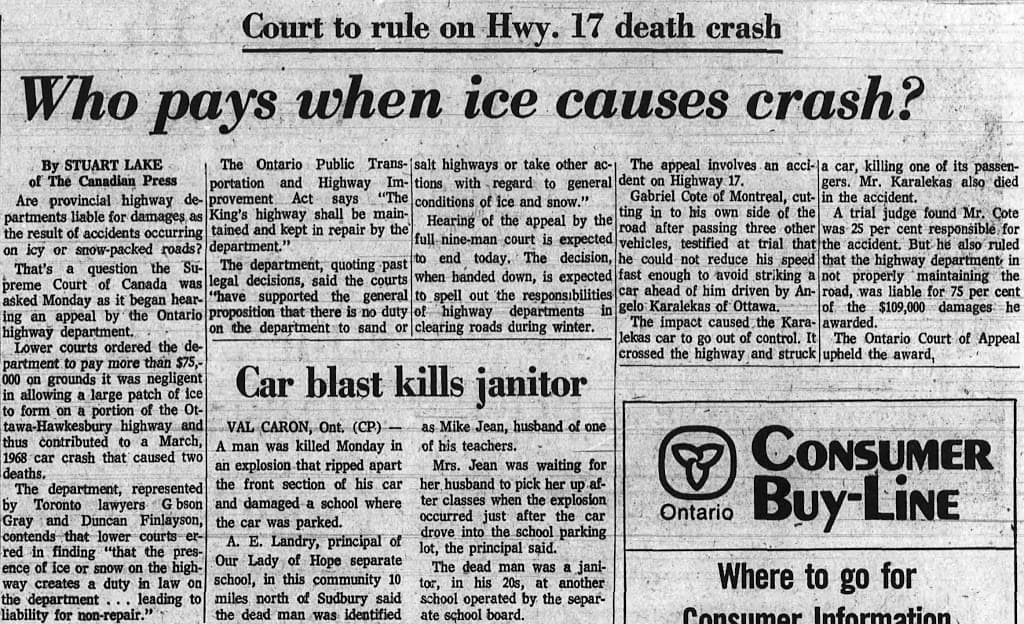 Unfortunately, I have been able to find very little information about either Gunther Koehler or Adolf Koenig. When Koehler purchased the restaurant, his address in the City Directories was at RR1 in Limoges, though he did eventually relocate to Centretown: presumably to be closer to his business. Adolf Koenig’s name quickly disappeared from the Directory’s listings for the Mayflower. The only local mention of Koenig in the local papers I was able to locate was in a feature about his construction/restoration business. If the same individual, he went on to restore a number of old homes in Sandy Hill, New Edinburgh, and the Glebe as head of his own firm, King Precision Construction. Though I have no evidence to suggest it, given Koenig’s carpentry and construction skills, I like to think that the woodwork in the restaurant was his handiwork. 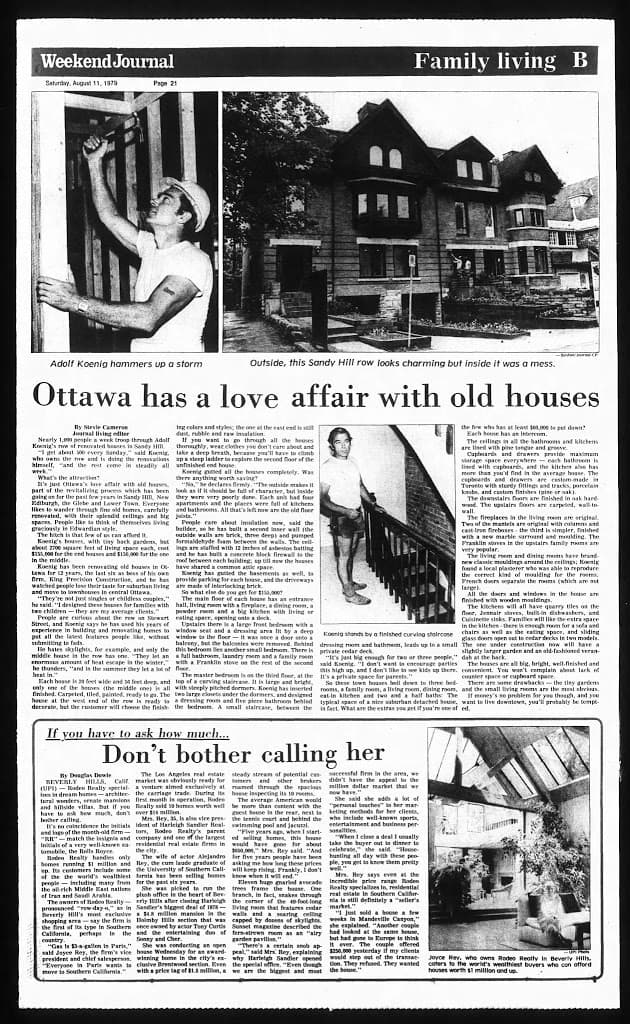 In 1977, Walter Krepski and his partners Alfred Friedman and Joe Ages purchased the restaurant, added the rear pub in short order, and it was well on its way to becoming the Elgin Street institution that it was when it served its last meals on October 27, 2013.

The reviews that I was able to find were normally quite favourable. Source: Ottawa Journal, December 29, 1979

Since my request for a picture of the Party Palace’s sign was successfully filled, I’d like to try another. If anybody has a picture of the interior of the Mayflower Restaurant from the 1960s, when the Karalekas’ owned it, I’d be very interested to see.

[ ](http://ottawastart.com/wp-content/uploads/2013/12/lolProfile.jpg) Every Saturday we publish a link to the Lunch Out Loud podcast, a weekly show produced by Nick Bachusky and co-hosted by Andrew Miller. In this episode, we meet up with the World’s Most Travelled Man (23 years and over 195 countries), who is from Ottawa originally, to talk about why he started, how he could afford it, some interesting stories and tips for others! ...

Every day in December leading up to Christmas, local photographer Christophe Ledent is sharing a photo and story about Ottawa Christmas lights. ( You can see all the photos so far here. ) Simple yet beautiful, today’s home can be found on Geneva Street in Westboro, just north of the Queensway. ...