_ A regular feature by Christopher Ryan , a local photographer, blogger and researcher. It appears every Friday on our blog. _

_ 1 There are a number of stories to be told of this diminutive midcentury commercial block. We’ll all miss The Mayflower of course, but the block itself needs its story told. Image: August 19, 2014. _

You may remember last fall when I wrote about the early beginnings of the Mayflower Restaurant at the south east corner of Elgin and Cooper streets. A legendary place of local communion in its own right, the Mayflower served its last in October and closed. Over the ensuing winter and spring, behind hoarding, the storied diner and pub (along with the neighbouring tailor) were transformed into Deacon Brodie’s pub.

In any event, what I did not go into for that story was just how the building itself came to be. It wasn’t constructed by or for the Mayflower and it wasn’t even constructed for the Elgin (Goldstein) IGA (Freshmart) – though it was plainly the star tenant.

While the Chodikoff name does not have the same deep roots in Ottawa as the Freedmans or Petergorskys, it was certainly well-linked to them. When Marvin Chodikoff arrived in Ottawa during the winter of 1953, the family name was not one had previously appeared in the papers frequently. For the brief period between 1953 and 1965, it would quite a lot. Marvin was the son of Israel (or Isidore) and Anne Chodikoff of Troy, New York. His father was in wholesale: the president of Troy Wholesale at 221 River Street. 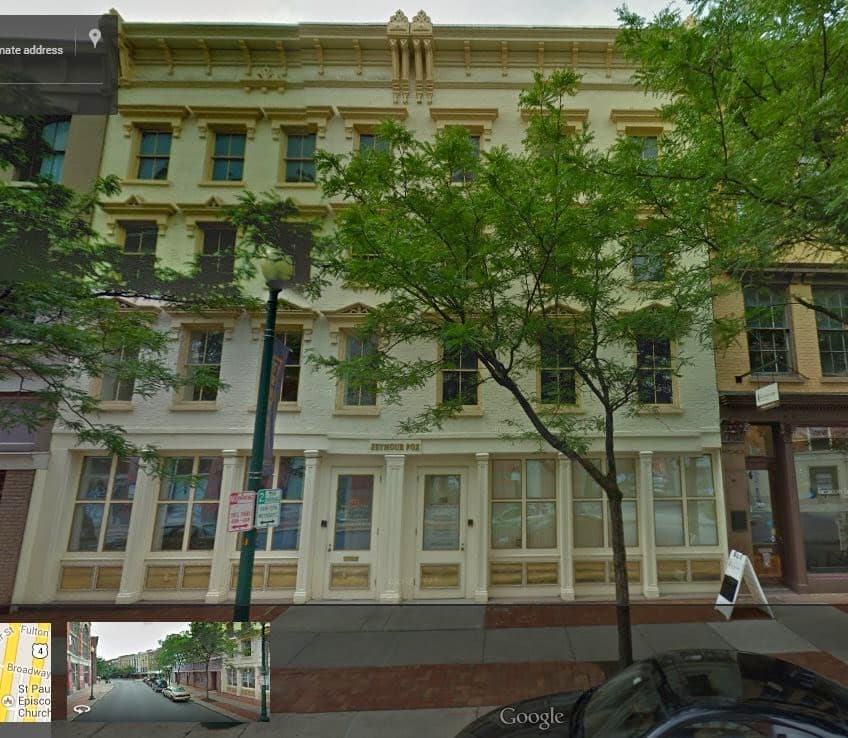 _ 2 The location once occupied by Israel (Isidore) Chodikoff’s Troy Wholesale. I’ve never been to Troy, so a screen cap from Google Street View will have to suffice. Image: Google Maps (Street View), 2011. _

Marvin’s mother, Anne, was the daughter of Ottawa’s very own Jacob Freedman and had unfortunately passed away at the young age of 37 in August of 1931. Her illness was unspecified, but brief and she had been living in the Capital, away from her husband at the time of her death. [1] Marvin’s Ottawa connection didn’t stop there, however. In September of 1951 he married Beverley Petergorsky, daughter of the apartment-building Leon Petergorsky. [2] While the newlywed couple seemed to content themselves with life in Troy [3] , the lure of a national capital (and probably family) proved strong. 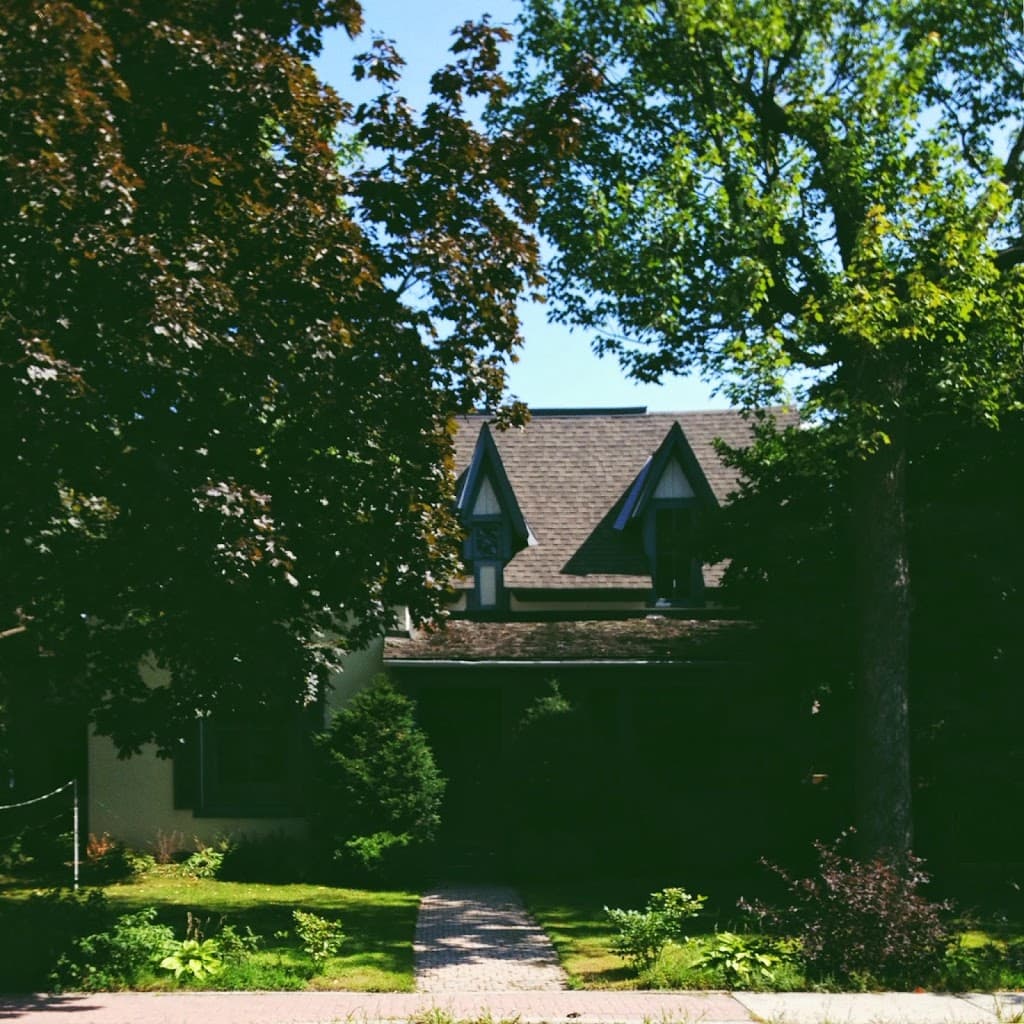 Upon relocating to Ottawa, Chodikoff made two notable land purchases: one contentious and one not. I’ll discuss them in that order. The first purchase was the two lots on Augusta Street in Sandy Hill, between Stewart and Wilbrod. If they seem familiar, they should: one of Sandy Hill’s most beloved heritage homes sits there – and continues to sit there today. In December of 1953, it was announced that, yes, the two lots along Augusta had been purchased for $60,000 and that Chodikoff had developed plans to erect a $1,000,000 75-unit apartment on the lot.

The apartment, designed by the prolific J. Morris Woolfson, would ultimately be added to the pantheon of unbuilt Ottawa. Not only had he come up against the city’s building restrictions (which restricted new-build to single-family or duplex), but he found his plans opposed by the community, including the ambassadors of Australia, Brazil, and France, who were keen to maintain the corner of Sandy Hill as a “little diplomatic row.” If that wasn’t sufficient, 243 was by then the home of Secretary of State for External Affairs and future Prime Minister Lester B. Pearson. [4] 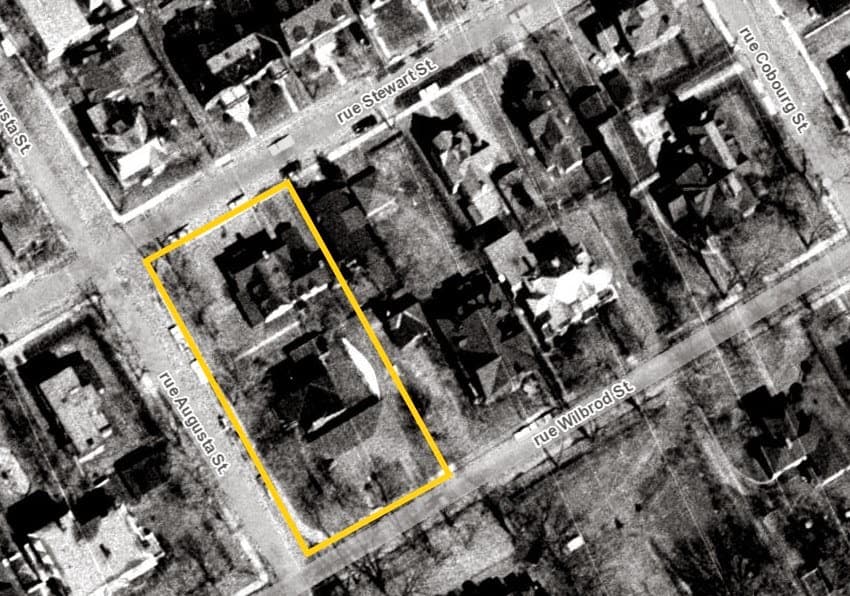 _ 4 While Sandy Hill was undergoing a dramatic transformation during this period, there were still limits to what was achieveable. The lots secured by Chodikoff are bounded in yellow. Image: geoOttawa (1965 Aerial). _

The second lot he purchased was located at the south east corner of Elgin and Cooper streets and it was also purchased for $60,000 from what the Journal identified as “Bruce Interests” (probably Brouse Holdings). Rather than apartments, however, he planned to construct a mixed commercial and office building and once again, the architect on the file was once again J. Morris Woolfson. Such buildings were Woolfson’s wheelhouse during the mid-1950s through the early 1960s and it seems he was the main man for their design in the city. Unlike with many other examples from around the city, this one was intended to be two storeys and only two. 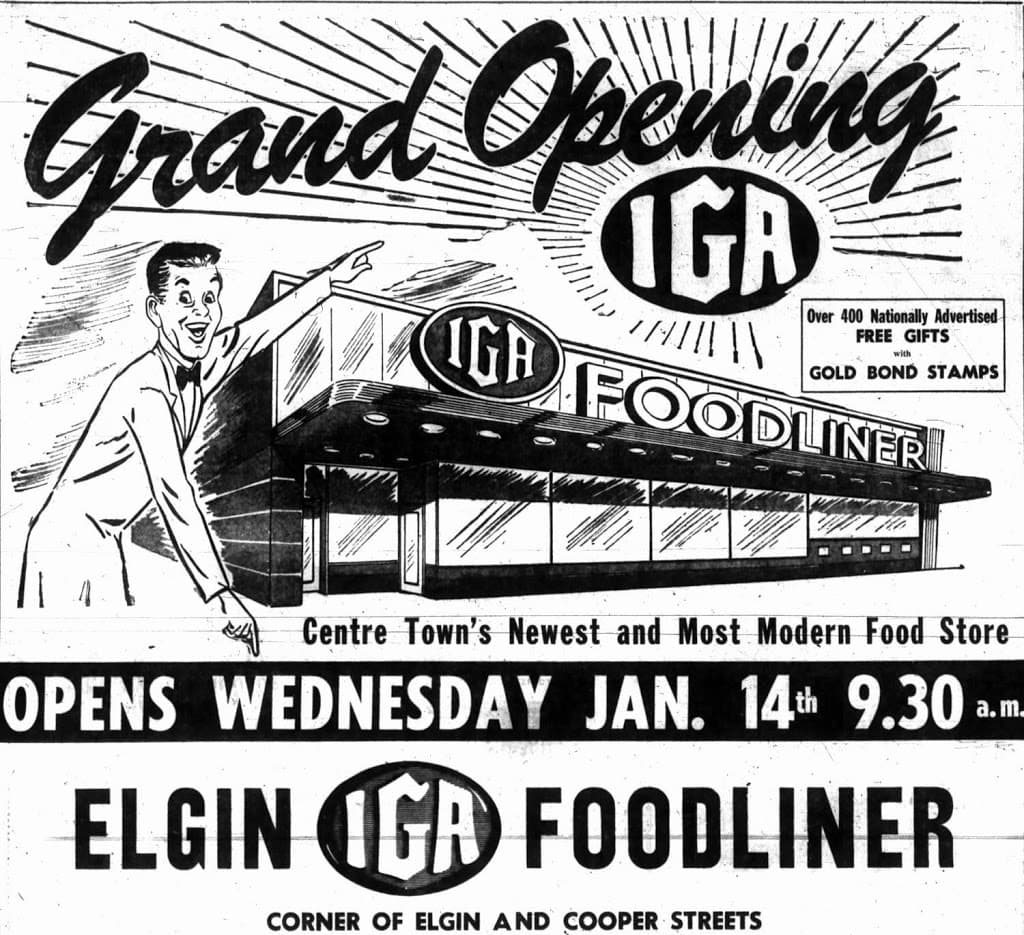 Construction was completed over the course of 1958 and in addition to the Karalekas family’s Mayflower Restaurant , the Elgin IGA opened in January 1959 to much acclaim and very much to the relief of a neighbourhood that was desirous of more grocery options . The IGA may have been attracted through a number of avenues – his architect Woolfson worked both with and for the Goldstein brothers frequently and there was an ongoing relationship with the Loeb family as well.

At least locally, Chodikoff’s business was toys. As the president of Bullis Toy & Novelty Limited, Chodikoff took the business in a number of exciting directions. Perhaps most commonly known as the source of fireworks in Lowertown, Bullis was located a stretch of Augusta street that was closed and subsequently became part of Lowertown’s Beausoleil Co-op . By the mid-1960s, Bullis had opened in Westboro at 395 Richmond (the address of Kiddie Kobbler today). 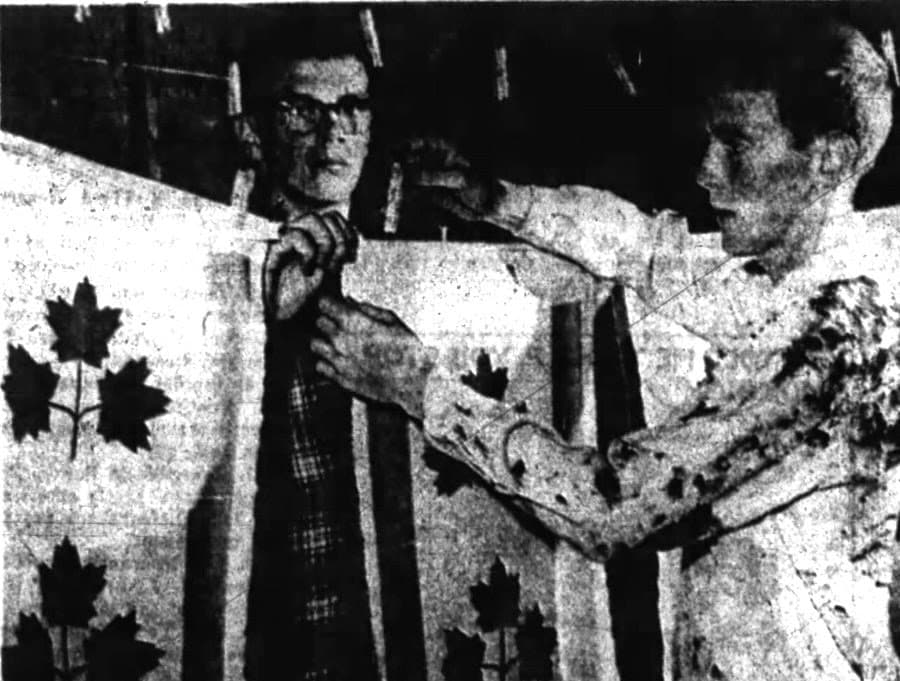 _ 7 The manufacture of the “Pearson Pennant”. Bullis Toy & Novelty, whose president was Marvin Chodikoff decided to make hay while the sun shone and sell them throughout the whole Flag Debate. Source: Ottawa Journal, July 25, 1964, Page 35. _

As a small aside, Bullis made a little bit of news in 1964 when they agreed to stock and sell all the three-leaf “Pearson Pennant” versions of the prospective new Canadian flag that were manufactured by Frank Therien and Gerry Quenneville out of Aylmer. The duo, who ran Therien Aircraft, found that there was an unexpectedly high level of demand for the design and were producing thousands of them. 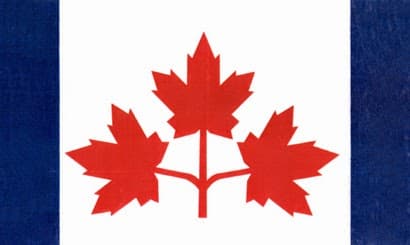 _ 8 While it ultimately wasn’t the flag selected, the so-called “Pearson Pennant” was quite popular - at least in the National Capital Region where Bullis Toys was positioned to take advantage of it. Image Source: The Canadian Design Resource . _

The Story of Marvin Chodikoff was, unfortunately, cut short. While the family quickly and easily integrated into the city’s social circles (hosting many events from their Woolfson-designed home at 250 Lisgar Road in Rockcliffe), Chodikoff died suddenly from an unreported cause at 37 years old on February 2, 1965. Coincidently, this is the age at which his mother was reported to have died.

(See more on our blog from Christopher…)

[3] Troy Times-Record, June 14, 1952, Page 7. Both Marvin and Beverley filed a trade certificate in the locale under the name of Bemar Laminating Services, operating out of the same address as his father Isidore’s business. Their address was listed as the Dunn Garden Apartments (now named the Troy Garden Apartments ), which are storied in their own right .

[4] Pearson’s own possession of the home came after his friend and colleague Hume Wrong owned it. Wrong and Pearson are buried next to each other in Wakefield. The owner subsequent to Pearson and Chodikoff was Ray Tubman, Famous Players’ district manager and when the manager of the Regent Theatre, he showed the first “talkie” in Ottawa in 1928.

_ Rose Simpson’s column appears Tuesday mornings on the OttawaStart Blog. She also blogs at Rose’s Cantina . You can read her previous columns here . _ [ ](http://ottawastart.com/wp-content/uploads/2014/09/IMG_20140907_114914.jpg) One of the great delights of life is to tool around to the different farmers' markets, stalls and farms in search of autumn’s great bountiful. ...

[ ](http://ottawastart.com/wp-content/uploads/2014/09/lolProfile.jpg) Every week we publish a link to the Lunch Out Loud podcast, a weekly show produced by Nick Bachusky and co-hosted by Andrew Miller. This week: We meet up with Aaron Cayer, founder of Antique Skate Shop, For Pivot’s Sake and the Ottawa Skateboarding Association. ...