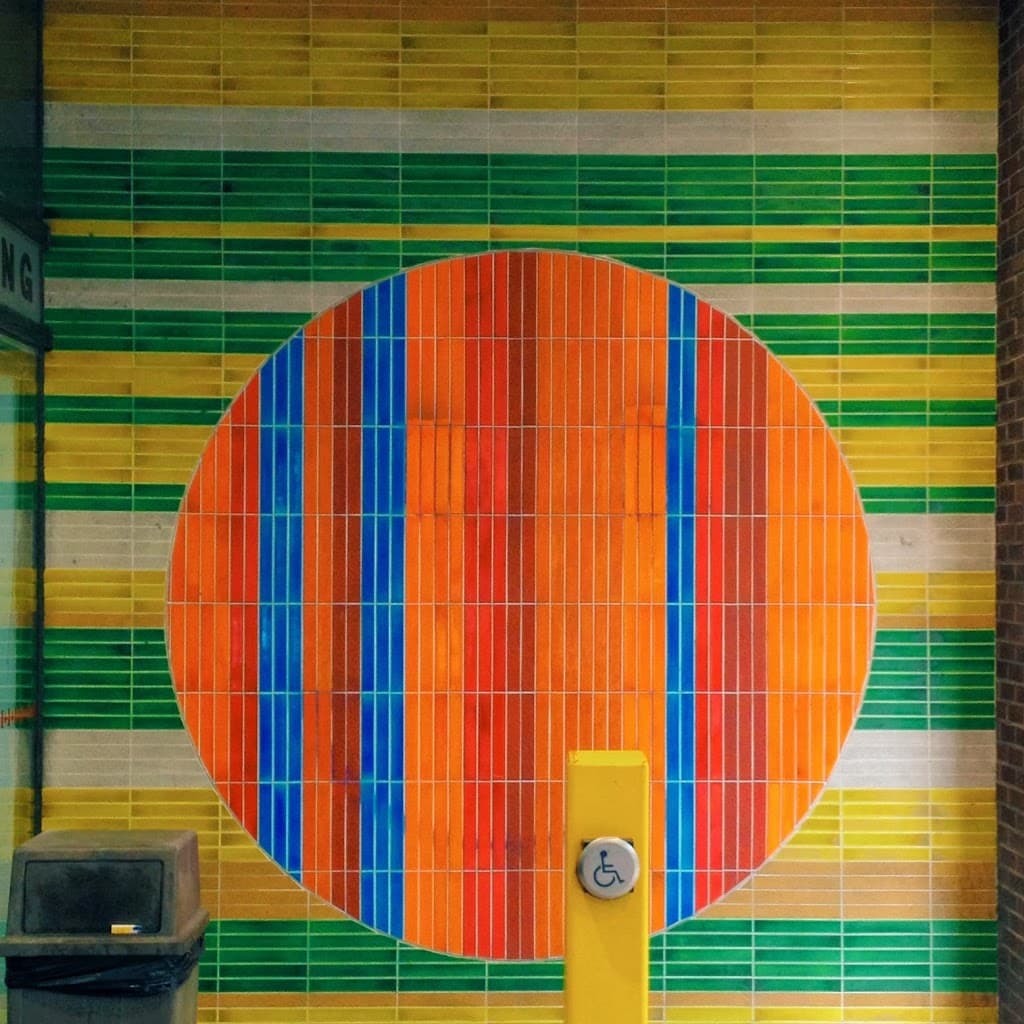 _ The colourful mosaic that greets those who enter the Jackson Building at 122 Bank. Christopher Ryan, January 2014. _

Though it may not look like much now, the Jackson Building at the north west corner of Bank and Slater was not only the city’s tallest office block but also roundly considered its finest space. On October 25, 1958 a massive natural gas explosion originating in the basement of a building across the street dealt Jackson heavy damage. Although repairs were quickly made through 1959 and civil servants returned to their duties, Jackson really needed much more substantial work.

Ten years later in 1968, Public Works hired local architect James Strutt to repair, update, and modernize the office space. Once the work was completed, for a host of reasons, costs had ballooned beyond the original budget. With the government unwilling to pay the overrun, Strutt was left holding the bag and had to declare bankruptcy.

Although Jackson is now somewhat unremarkable in appearance, one bright spot - both figuratively and literally – is this colourful mosaic located at the entrance. I am uncertain of the specific date that it was installed (sometime between 1969 and 1975), but if you’ve been to the Peel Station in Montreal’s Metro it should look familiar: it too is the work of Jean-Paul Mousseau .

_ The Journal’s BE HEARD line provided the answer to the question on a number of minds.

_ Rose Simpson’s column appears every Tuesday morning on the OttawaStart Blog. She also blogs at Rose’s Cantina . _ One of the great things about municipal governments is that, generally, they get things done smoothly and in consultation with the residents who elect them. ...

[ ](http://ottawastart.com/wp-content/uploads/2014/06/lolProfile.jpg) Every week we publish a link to the Lunch Out Loud podcast, a weekly show produced by Nick Bachusky and co-hosted by Andrew Miller. This week, we meet up with Denise Leblanc, the Winterlude spokesperson to talk all about the event that runs Jan 31st to Feb 17th! ...