Ask anyone in Centretown if they can name one apartment building, and chances are that a majority of them will come up with The Elphin. The playful little elf character is well-known. He has appeared on t-shirts, is frequently photographed, has been discussed on local blogs, and may be counted in the memories of people who left the city decades ago. 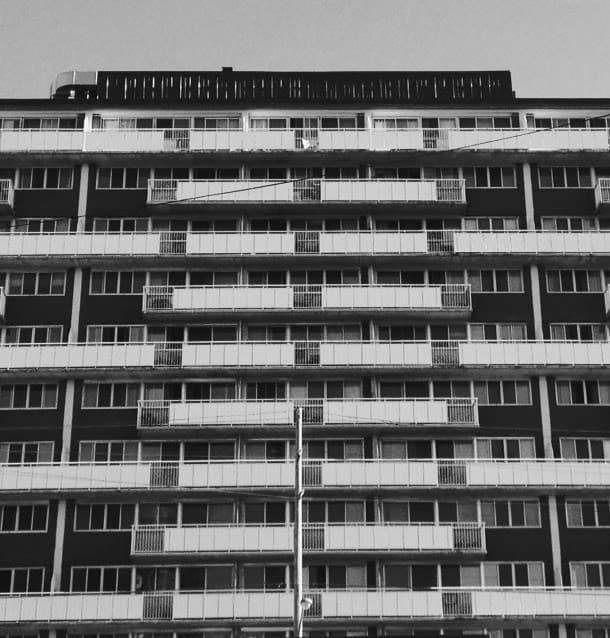 The Elphin was constructed in 1966 by Howard Thoms Co. and designed by the firm of Ala-Kantti and Liff. Thoms was then primarily known for the construction of homes in the Alta-Vista area. Ala-Kantti and Liff had designed a number of buildings around the city, including The Acadian on Gloucester, an office at Elgin and Lisgar, and a hotel at The Queensway and Rochester. Radcliff Realties was selected as the exclusive broker.

From the get-go, Radcliff’s marketing for the Elphin was much more whimsical and light relative to surrounding apartment buildings. Where most of them were concerned with establishing a luxurious or regal image, Radcliff positioned the building as one that was both feature rich and highly affordable. It appears to have been aimed at both a younger audience and retirees alike: something we’re all familiar with in condominium projects today. Of course, this may have been an early reflection of the shifting demographic of renters in the city. Most of the builders had made their money from suburban development and would have been aware of the markets they were missing out on.

Nevertheless, whatever the motivation, the Elphin contained a number of features - both expected and unexpected. Early advertisements listed common features, such as a pool, party room, carpeted units, balconies, included hydro, and climate control. 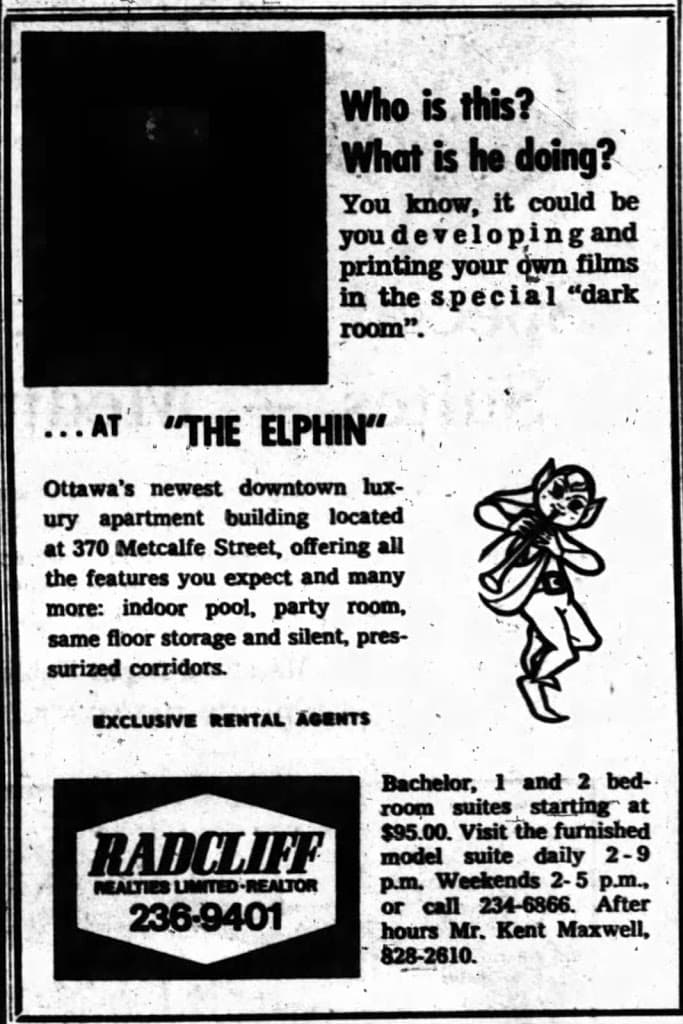 One unexpected and unique feature was its dark room for those interested in developing their own photographic prints. Indeed, The Elphin is the only rental apartment in Ottawa that I have been able to locate which listed this feature and one of only three residential buildings (mid-70s condos at 1195 Richmond and 10 Driveway being the others). Sadly, but understandably, the dark room is no longer in operation and is instead used for file storage.

Thanks to David Carroll for allowing us to republish this photo he took earlier today, showing the “tail-end of an annular eclipse as seen at sunrise” from Ottawa. The original, full-size version is here… [ ](http://www.flickr.com/photos/david_carroll/10644410965/) ** See also: ** Ottawa Nature Guide ...