Guest blogger Brian Double is training for a 100km from Ottawa to Montebello this weekend. He’s been checking in from time to time with udpates on his progress. You can read previous entries here.

I joined the GoodGuysTri running team in March with two goals – raising $2,000 to End Kids Cancer and running 100km solo as part of the Sears Great Canadian Run on October 4.

I am so happy with the fundraising. People are unbelievably generous. I’ve actually more than doubled my fundraising goal and my team has raised nearly $80,000 to End Kids Cancer. Awesome!

Now I just have to run for about 13 hours to complete 100km between Ottawa and Montebello?!?Although I believe Glen referred to me as an athlete in one of his posts, I’m really not. I am a regular guy who decided to join a team who are doing something epic for a good cause.

I figure that I’ve been sheltered from any deep thinking about the run because I’d been focused on the Pint n’ Pizza night that I was organizing as a fundraiser at Boston Pizza. That night was amazing. The event was supposed to run from 6-9pm. I showed up with volunteers from my team at around 5pm. Guests for the event started showing up soon after. The dining room was filled to capacity by 5:55 pm, followed quickly by the bar and the patio. More than 150 people broke bread with us. Councillor Jan Harder, who did an amazing job promoting the event on twitter, joined us for an event that demonstrated that we live in a very generous community. 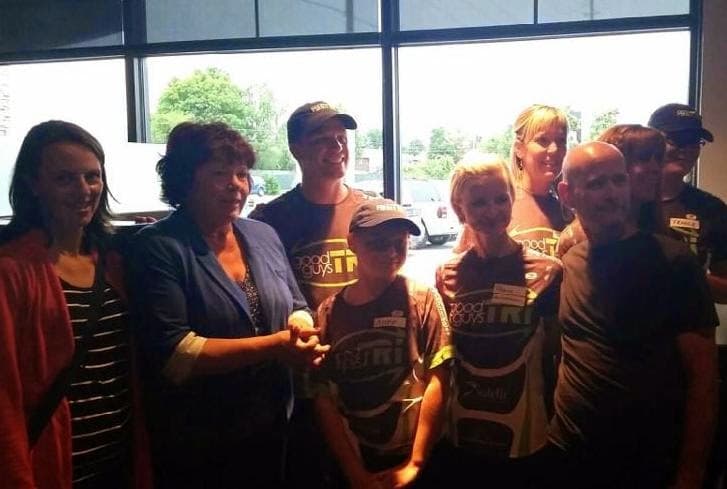 Jan Harder (second from left), Brian Double (middle back, in the ball cap) and supporters at the Pint n’ Pizza night.[/caption]

We packed the place to the rafters with people who wanted to eat, drink, be merry and do something great to End Kids Cancer. We had so much fun and raised $1752.17 from the raffle and from a donation by Boston Pizza. By 9 pm, Boston Pizza was empty again. It was like a fundraising flashmob!

With that over, I started to have time to think about the run and rather than my usual positivity, I turned initially to fear. This was heightened by the unwelcome appearance of a reoccurring knee issue during a run. What have I gotten myself into? I’ve only ever run a marathon (42.2 km), how am I supposed to run 2.5 times that? What if I can’t even start because of my knee? My teammates are athletes…I’m just some dude. What have I gotten myself into? And on and on and on…

Saturday I participated in Run 4 a Cause. I’d been resting my knee, biking and swimming instead of running, and it held up just fine over this short distance. Even more important though is that I got to hang out with my teammates and other people who are passionate about doing good. This really gave me a boost. Their positive energy is infectious. I’m glad I caught it!! 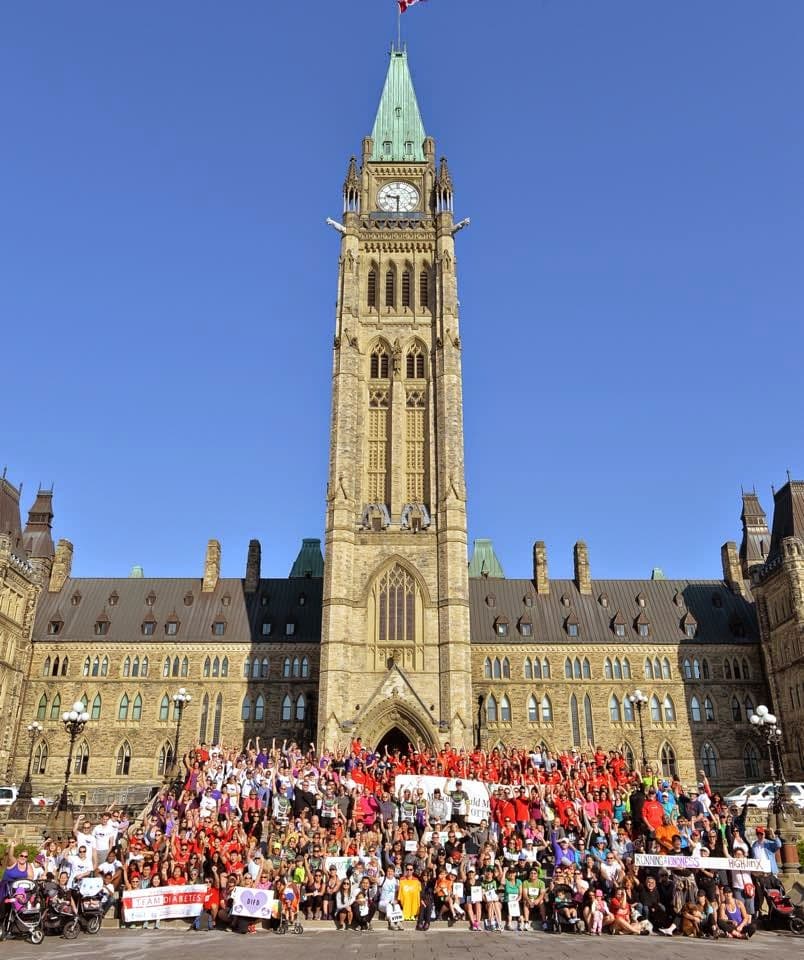 Run 4 a Cause participants gather on Parliament Hill.[/caption]

In the last week leading up to the event, I am ready to rock n’ roll. I have trained for 16 weeks for this event, completed more than 850 km of running, including tons of runs through the hills near where we keep our trailer. I have completed a number of marathons now. I have completed really tough trail runs. I am ready!

And I am running this for the kids who have cancer and all those whose lives have been affected by pediatric cancer. I have heard their stories and these stories will provide me endurance for the run.

[caption id="attachment_4407” align="alignnone” width="500”] Colour in the Trees by Marcel Regimbald, from the OttawaStart Flickr Group[/caption] _ Here’s our crowdsourced list of the best events in Ottawa this week. _ ** ** ** ** ** Until Sunday, October 5: Ottawa Architecture Week ** Take a closer look at how architecture and design influence urban life. ...

_ This article originally appeared on our sister site, StittsvilleCentral.ca . _ Kathleen Edwards is opening a coffee shop called Quitters on Stittsville Main, just south of Abbott Street. There are signs up now on the building and renovations are underway inside. ...