An overall smaller version of a proposed expansion to the Château Laurier was presented to the public at an open house Thursday.

In September, the original design faced substantial public backlash with many calling it inappropriate to the building’s historical design.

Larco Investments Ltd, who represents the owners, says the changes include a smaller footprint, bigger setbacks on the Mackenzie Avenue and Rideau Canal sides and a modified roof.

“Since last September, our team has been listening to members of the public and we feel the design has evolved based on this input and strikes a balance between community interests and the operating needs of the Château Laurier,” the release said. “We were gratified by the significant interests of the broader community and have benefited from it.”

Larco says the design is not final and will continue to be tweaked. Chief architect Peter Clewes told media he expects the process to take at least a year. Before any construction, the city would need to approve a final design.

A presentation of the new design is available on their website. [caption id=“attachment_51419” align=“aligncenter” width=“620”] 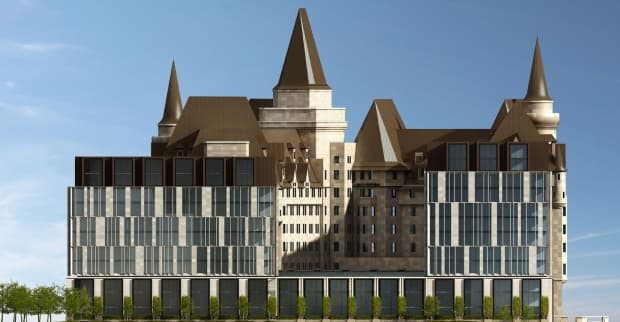 For reference, the original design (Submitted)[/caption] 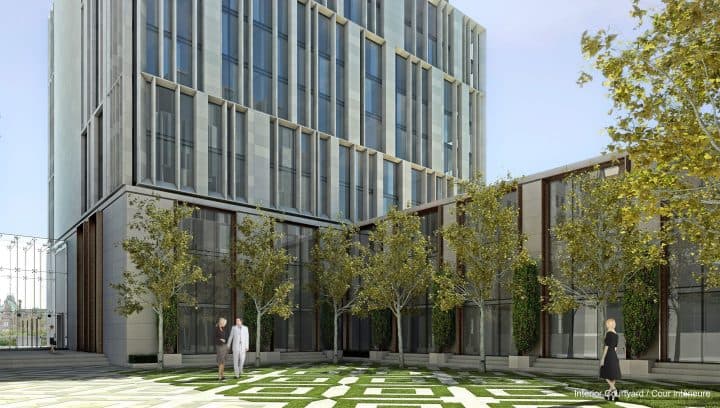 The new design seen in the interior courtyard (submitted)[/caption] 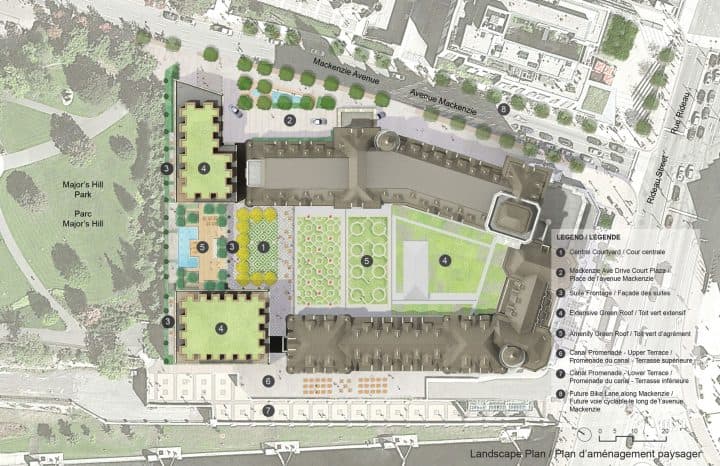 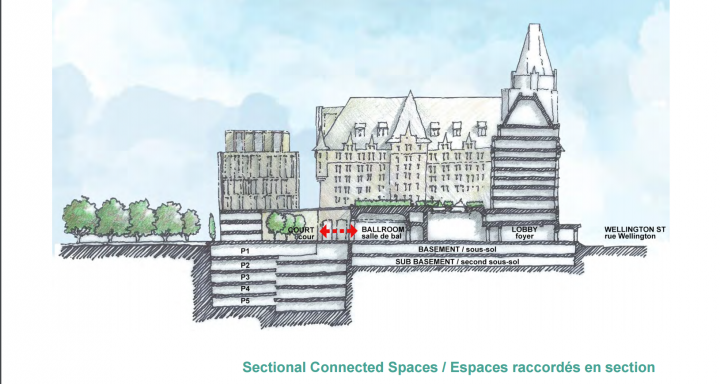 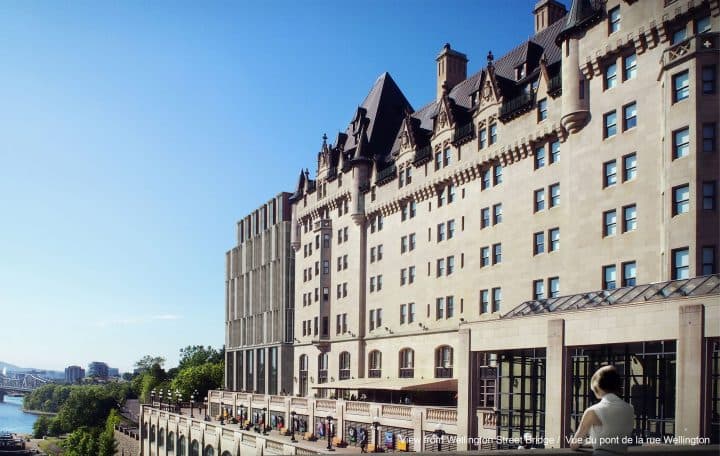 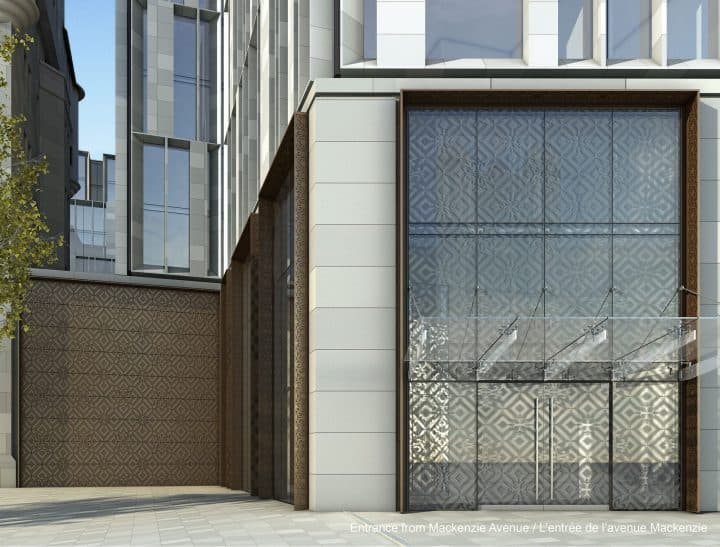 “The addition will offer a modern interpretation of the heritage character of the Château, with a vocabulary of Indiana limestone, glass and copper. The separated wings, massing and set-back upper floors are compatible with the Château’s existing roofscape silhouette, and provides a dignified and deferential response to this iconic building.”

Larco says a modernist style is consistent with the “ Standards and Guidelines for the Conservation of Historic Places in Canada :” (Pg. 23.)

_ “Conserve the heritage value and character-defining elements when creating any new additions to an historic place or any related new construction. Make the new work physically and visually compatible with, subordinate to and distinguishable from the historic place.” _

In the past, there have been successful additions to local heritage buildings. ** Here is a top ten list we published in September… **

Meanwhile, reaction has been coming in online…

_ (press release) _ OTTAWA, ON –(Marketwired - November 16, 2016) - Canadian Geographic announced the gray jay as Canada’s national bird at the annual dinner of the magazine’s publisher, the Royal Canadian Geographical Society, at the Canadian War Museum in Ottawa. ...