_ (Via Ottawa Police) _ (Ottawa) - A Canada wide warrant has been issued for the arrest of Alam Gabriel BUOC, 30 years old, of Ottawa, in relation to the homicides of Abdurahman AL-SHAMMARI and Dirie OLOL, and the attempted homicide of an adult male still in serious condition in hospital.

He is wanted on two charges of First-degree murder, and one of Attempted murder. BUOC is to be considered armed and dangerous. 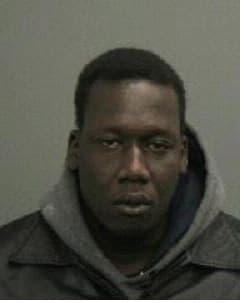 Anyone with information on BUOC’s whereabouts is asked to contact the Ottawa Police Service Major Crime Unit 613-236-1222, ext. 5493. Anonymous tips can be submitted by calling Crime Stoppers toll-free at 1-800-222-8477 (TIPS), or by downloading the Ottawa Police app.