_ ( ** EDITOR’S NOTE: ** We originally published this article on Sept. 19, 2016 after the original design for the Château Laurier expansion was revealed. In light of a revised design , we’ve decided to re-post with a few updates.) _ Adding new features to old buildings can be tricky, because there’s no clear “right” way to do it. But in light of the ongoing controversy over the Château Laurier expansion _ OttawaStart.com _ wanted to find expansions made, or being made, to heritage buildings in the city that were well-received.

A developer needs to not only satisfy the fickle public, but also follow standards dictating what’s OK for an expansion to a heritage building.

To quote from page 23 of the “ Standards and Guidelines for Conservation of Historic Places in Canada .”:

_ "Conserve the heritage value and character-defining elements when creating any new additions to an historic place or any related new construction. Make the new work physically and visually compatible with, subordinate to and distinguishable from the historic place." _

TL;DR: Keep it compatible but don’t mimic. This is what the designers working on the Château Laurier have said they’re trying to do – it’s just a matter of getting traction with the public.

_ Read the design philosophy for yourself _ https://www.slideshare.net/DevynBarrie/chteau-laurier-expansion-design-philosophy

Nonetheless, all iterations of the design have been criticized to some degree for failing to fit in with the existing building 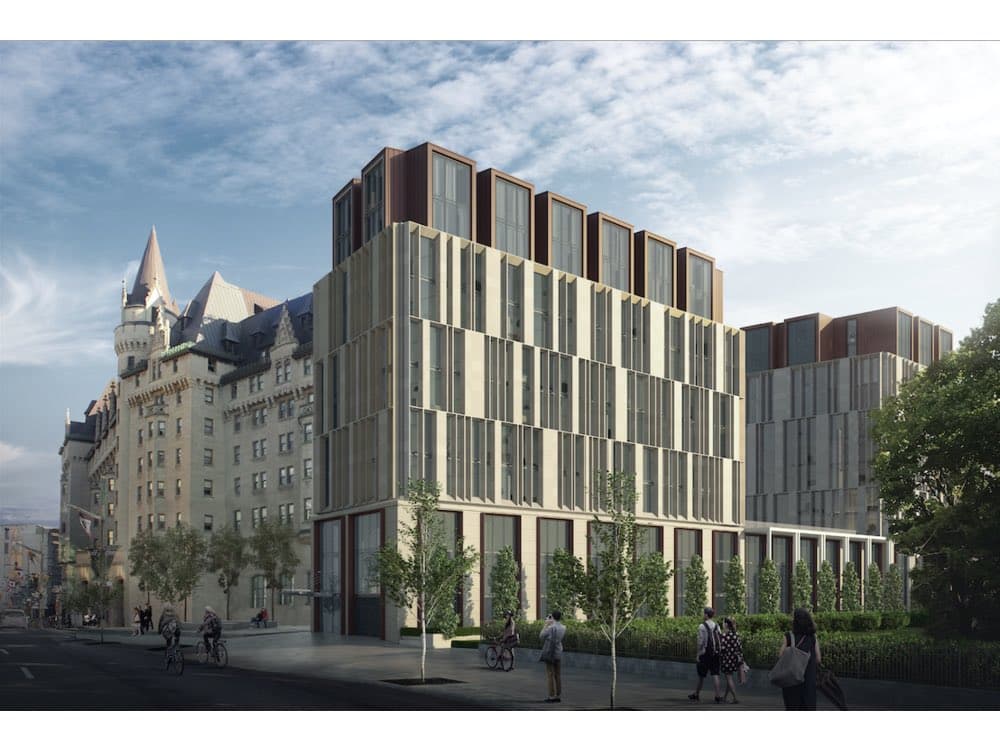 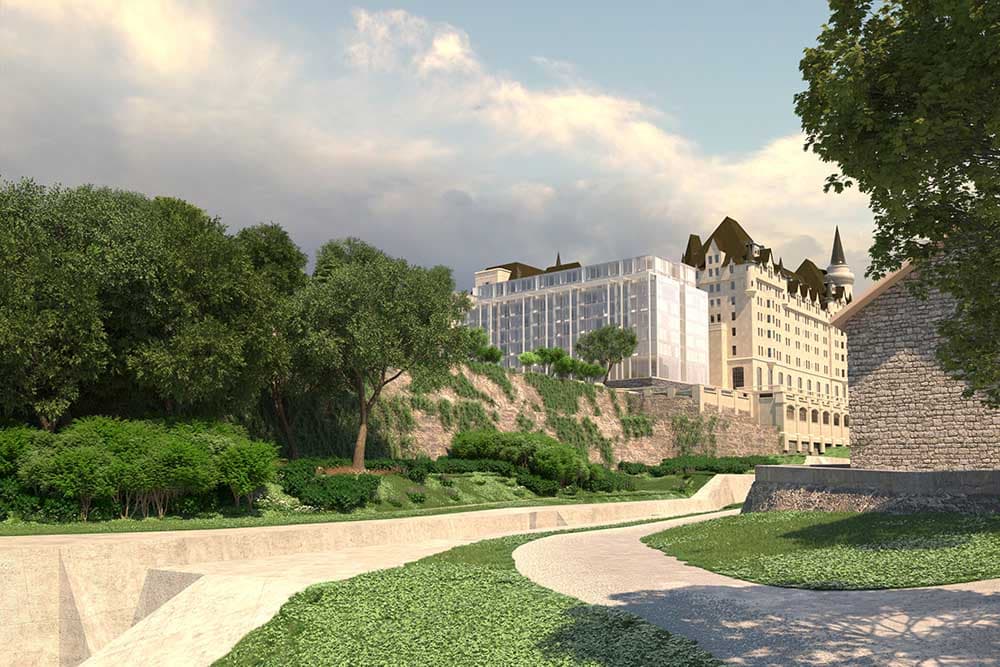 We emailed our friends at ** Heritage Ottawa ** and asked them to suggest a few examples of past successes.

It’s obvious this glass cube was a new addition to the Museum of Nature, but it keeps the general design of the structure intact. 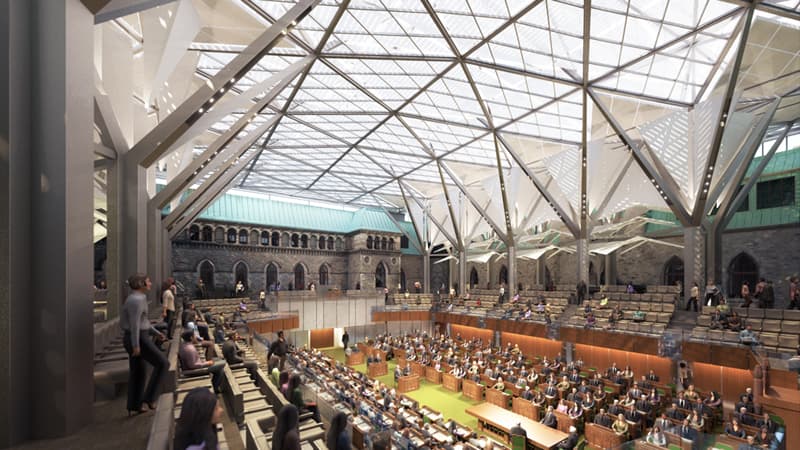 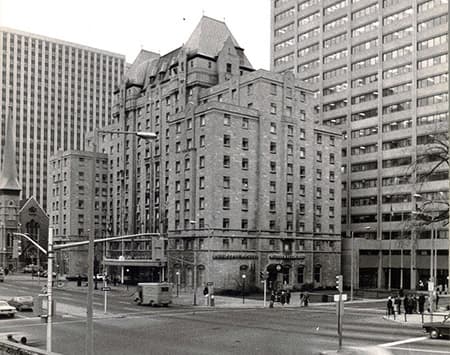 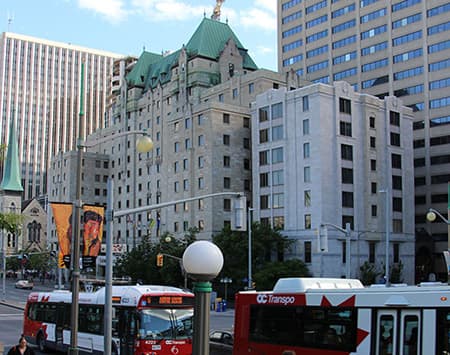 Lord Elgin after expansion in 2004 (Photo via Lordelgin.ca)[/caption] ** #4 - Sir John A. Macdonald Building ** Formerly the Bank of Montreal building, work began in 2012 to renovate the building and add a 3,100 square-metre annex

It reopened in the summer of 2015 and is currently used for Parliamentary meetings and events.

A description of the work on the Government of Canada’s website :

_ "The rehabilitation and construction plans respected the building's heritage character and prominent location. The building's elaborate windows were repaired. Stonemasons repaired the deteriorated masonry joints that had caused the building's stone façade to crumble and its steel frame to corrode. The multi-use conference centre, now modernized to 21st century standards, has kept its impressive limestone walls and elegant features. _ _ The atrium provides a transition between the modern and heritage areas, which must be distinct from each other. We carefully chose new materials that allow the building to fit in with the surrounding buildings and the city block." _

(Stonemasons also discovered a stone carving of BMO’s coat of arms, possibly dating to 1872. It was removed and sent to the Canadian Museum of History) 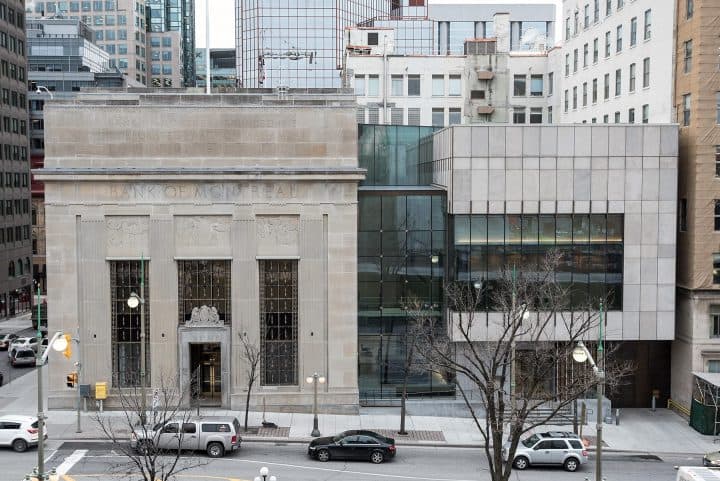 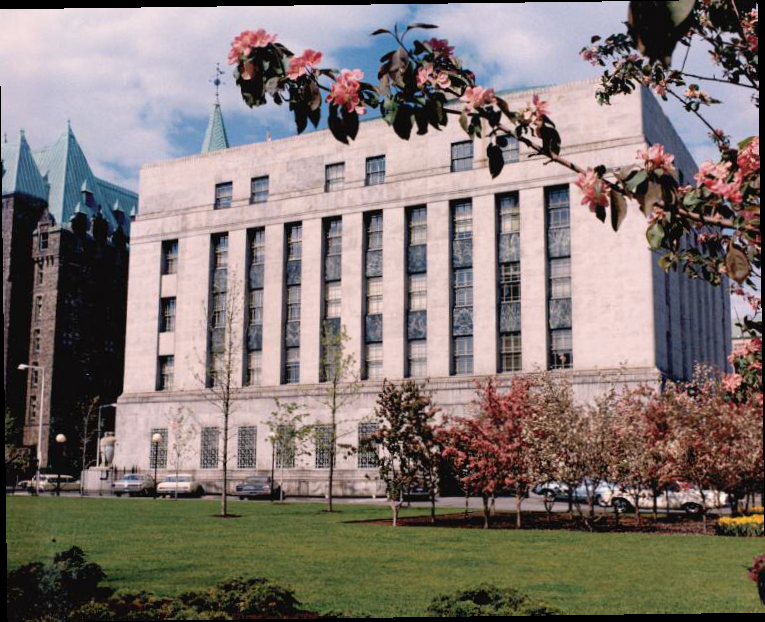 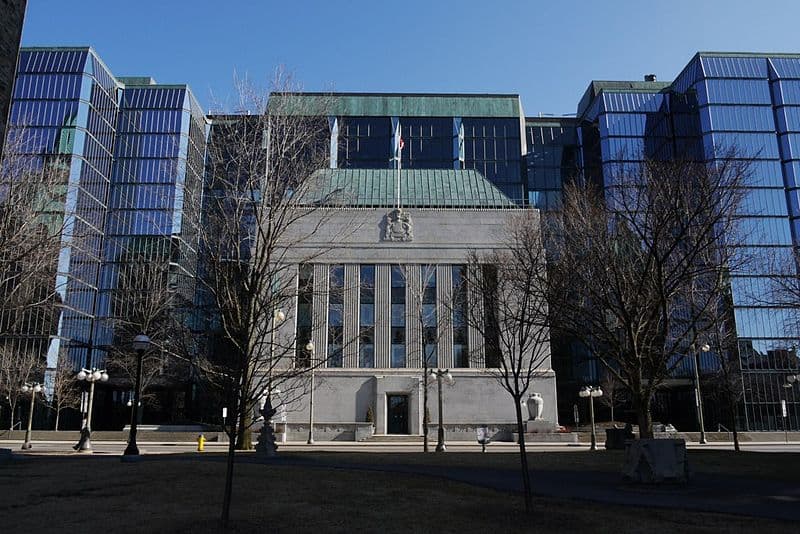 Bank of Canada today (National Trust Canada)[/caption] ** #6 - Grant House and First Baptist Church ** Technically this wasn’t an expansion or addition; rather a new building was build in the same lot as an old one.

More established Ottawans will know, Performance Court (The building Shopify and KPMG work out of) did not always tower over the Grant House and First Baptist Church.

According to a plaque on the building, the Grant House was built in 1875 for Member of Parliament and physician Sir James Grant.

You can’t see from the street, but part of the Grant House actually is inside the lobby of Performance Court. It now houses Beckta, a winery and restaurant. 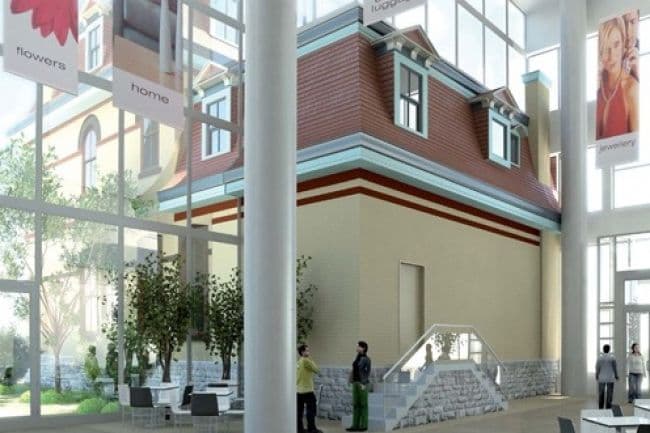 The tower’s website described what designers intended to accomplish:

_ "The objective is to preserve the Grant House and make it a focal point within the new building and an exciting retail space. Furthermore, the massing of Performance Court was designed in order to respect the scale of the Grant House. The 21 storey office tower steps down in height as it approaches Elgin Street, creating a transition between the tower and historic Grant House." _ 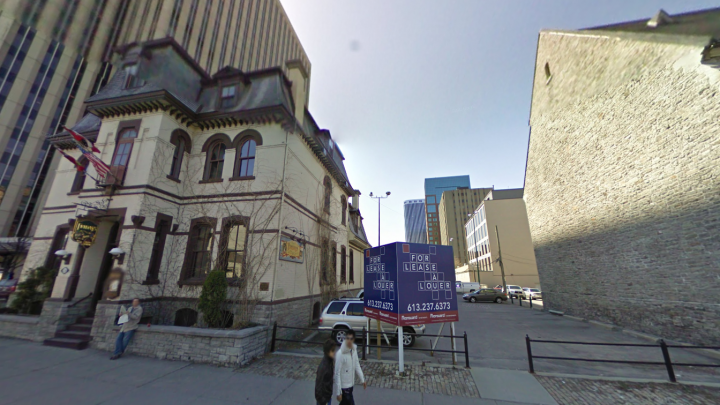 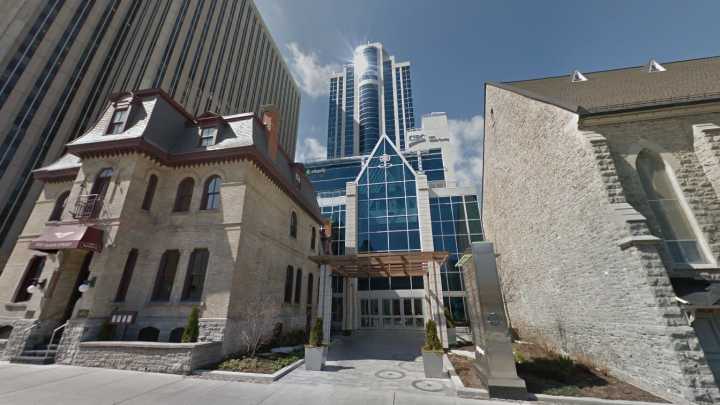 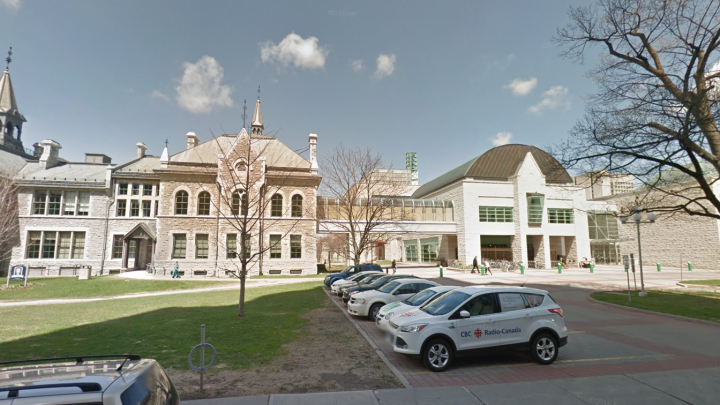 Google Street View from Lisgar Street[/caption] ** #8 - National Capital Commission headquarters ** The buildings in the front are obviously heritage, but the tower behind is new. 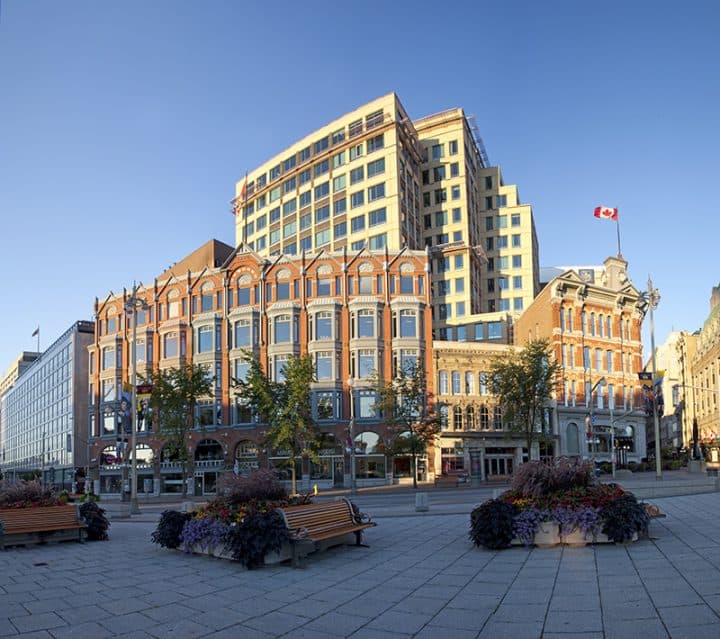 ** This great late-19th century building has had multiple additions since it was constructed in 1895.

According to historicplaces.ca , additions were constructed in 1911 and 1920:

_ "The 1911 and 1920 additions both represent good examples of Edwardian Classicism, with balanced facades, pediments over the doorways, and stone trim. Despite being of a somewhat different style, they were consciously adapted to match the original portion of the school, and extend to the north as to not disrupt the overall character and visual integrity of the original facade." _

In July 2015 an $8 million renewal project was completed, including full renovations, asbestos removal and a new 929 square-metre western wing. 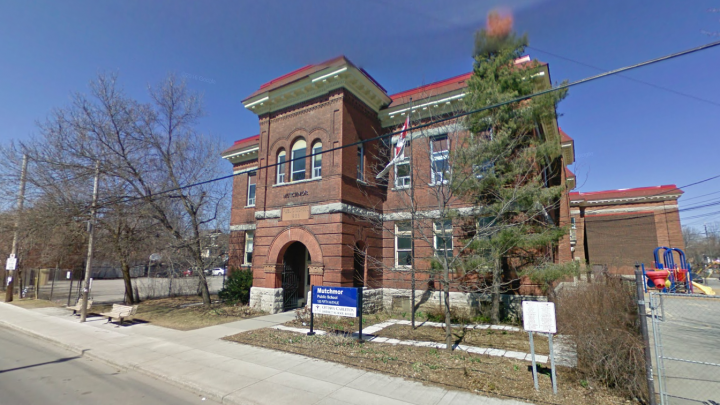 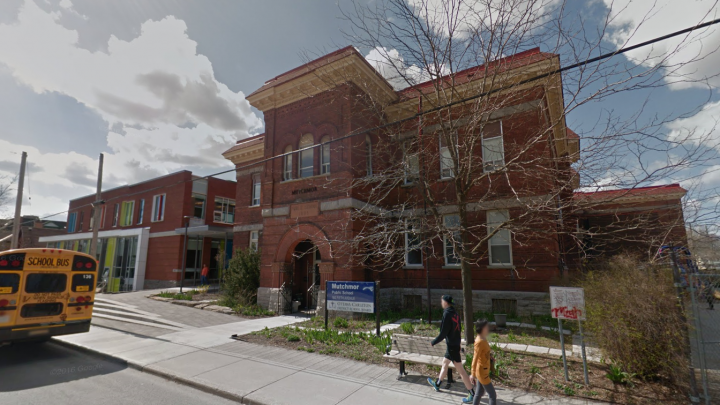 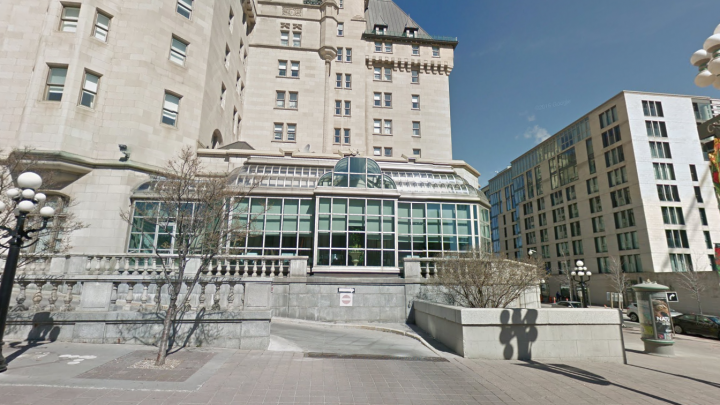 There you have it - ten examples of additions/expansions of heritage buildings in Ottawa that integrate and complement, rather than block and obscure. _ Thanks to Heritage Ottawa for their suggestions and feedback for this post. _

[ ](https://www.flickr.com/photos/36948326@N02/16201303595/in/photolist-qFDV7B-dFHVGz-qLP9M9-dVW5Fx-DD72Dk-5TpxHz-dW2DvG-reNnCb-ipPW6F-r4nFEg-q2LGar-hTFhAN-qBixrb-pD8vXE-qRe1Zm-dEbcEH-mjQhsa-dNof3R-dW7RVR-D2wRir-dVW4MB-hTqZZS-qG3uTm-J7rjBX-dNuemW-jkFT1M-kwTGNo-21f62N6-rfkK8s-pZMRnQ-22NHiwf-QeJtMQ-raGNBu-dVynHx-qrnESU-CCvPES-QudDDK-dQQby1-rhjogY-qo9bFg-dBNpKL-rcAM8Y-dSDA6f-hYv5N8-biFR2k-e4yYbh-dEgySU-bjLB2p-E4m2Gg-dEgzK5) Ottawa is often regarded as one of the coldest capital cities on the planet. If you want to keep track, timeanddate.com has an easy tool to compare it to other subzero locale – just scroll to the bottom of the page . ...