The Ottawa Capital Pride Festival takes place between August 21 to August 28, 2022. The annual celebration will bring the community together with eight days of programming, including public art exhibits, the annual Pride Pageant, live entertainment and the ever-popular Pride Parade downtown.

The 2022 festival has the theme All Together Now. “After a challenging two years, we are excited to celebrate All Together Now! This is our opportunity to reconnect and celebrate the full diversity of the 2SLGBTQ+ community!” says a Capital Pride press release.

Every event is listed on capitalpride.ca, but here are some highlights.

Do you know what it takes to be crowned Capital Pride royalty? Come cheer on your local favourites and see them on the big stage! There’ll be talent, looks, walks, struts… It’s the drag event of the summer you don’t want to miss. So come as you are, cheers with your chosen family, and let’s celebrate pride at the NAC!

The Pride Parade makes a triumphant return as the community comes together loudly and proudly. Over 200 groups, more than 5,000 marchers plus this year’s Grand Marshal Icesis Couture, Youth Marshal Gillian Welsh and Honoured Group Capital Rainbow Refuge who will lead the parade.

Here’s a map of the parade route: 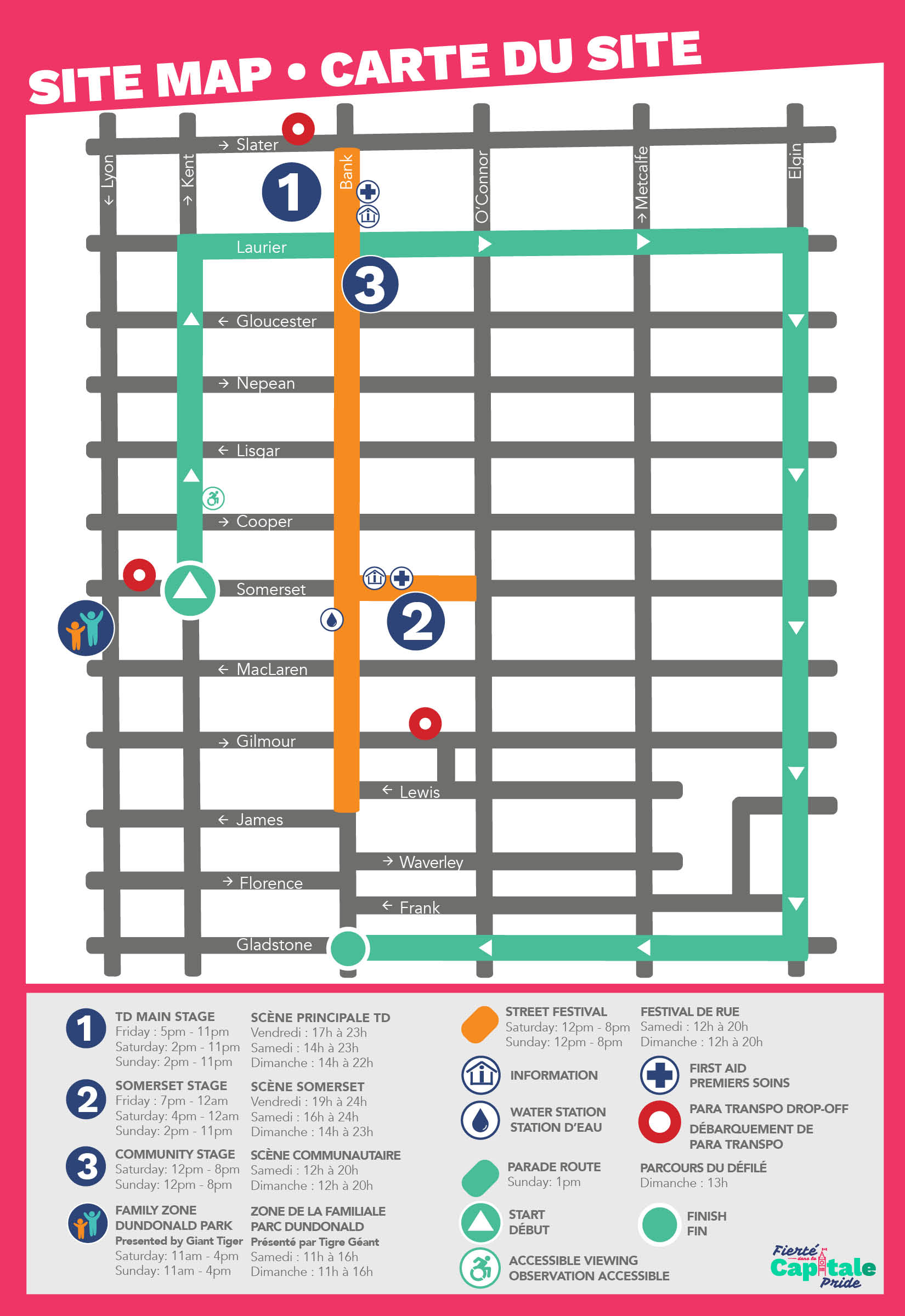 This community notice (opens a PDF) details all the road closures that will be in place for the festival weekend, including due to the parade.

Why is Ottawa pride in August?

Ottawa has its pride festival in August for an important historical reason. On August 28, 1971, the first Canadian public demonstration in support of gay rights took place on Parliament Hill…

Red apples from Hall’s Apple Market. Photo by Katy Watts. Apple season in Eastern Ontario and Western Quebec is on for 2019! Call ahead to confirm the current apple crop! All of these locations are within about an hour from downtown Ottawa, unless noted. ...

A Line 1 train passes uOttawa. The O-Train will be closing early almost every night from Friday, August 12 to August 25, due to track maintenance. OC Transpo has published a helpful table on their website that details all the service adjustments that will take place. ...