“My first thought every morning is to check that Paige is alive,” writes Kanata dad Sean O’Leary in a letter that’s been circulating in recent days on Facebook and through e-mail. 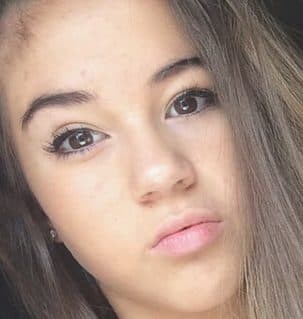 O’Leary, whose daughter Paige is addicted to drugs, told OttawaStart.com he sent the letter to a group of parents in similar situations after Kanata teen Chloe Kotval, 14, died of a drug overdose on Valentine’s Day.

“I want people to start talking,” he said. “We’re just the tip of the iceberg.”

He set up a meeting for next Thursday to meet with other parents and to discuss their problem. He’s not sure what will happen, but he thinks a dialogue will help find solutions.

“There’s power in knowledge,” he said. “I don’t know if I’ll find a solution.”

He said there is little support for families like him. He recounted one close call when Paige was rushed to hospital.

The addiction beds were full and O’Leary said a paramedic could not look him in the eye when he told him that they couldn’t help his daughter. Paige was discharged.

At one point, they sent Paige to the Dave Smith Youth Treatment Centre in Stittsville, which he said only has a few beds for drug treatment. Paige was clean for about five days before she relapsed.

The letter he wrote is frank, detailing his daughter’s drug problem and the near-death experience of another teen in O’Leary’s own garage. He said he is trying to lead as normal a life as possible, but felt the need to speak out.

“Somebody had to be brave this week (after Kotval’s death)… I couldn’t even press send, I had my wife come to my computer and press send.”

The response has been enormous and he said he has been inundated with responses from other parents. 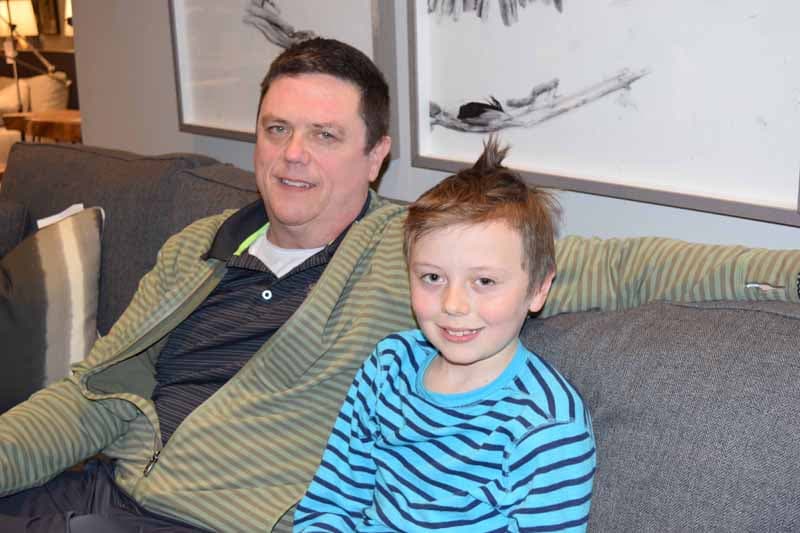 Photo: Sean O’Leary with his son, Ronan, inside the family store MYHome Furniture in Kanata. O’Leary says he is trying to give his children as normal a life as possible as his daughter struggles with drug addiction. (Devyn Barrie/OttawaStart.com)

The letter is republished below with his permission. We’ve done some light editing for style and clarity.

To all whom are concerned,

As many if not all of you are aware from news reports a beautiful fourteen year old Kanata girl passed away this week as a result of a drug overdose.

What hasn’t been reported as of yet is that Chloe Kotval was the third Kanata teenager to die of a drug overdose in the last eight weeks.

The two other children that have died were a 17-year-old girl and a 16-year-old boy. At this time the families of these two other children do not want the publicity of having their children’s names and causes of death known and unless I am told otherwise I will respect their wishes.

If I know of three in Kanata you can be assured there are many more.

My sixteen-year-old daughter Paige is also a drug addict/abuser.

I feel so sad for the parents of the children that have died. But even worse than the sadness I have for them is the fear I/we and many others live with every day that is so real.

My first thought every morning is to check that Paige is alive. It is a nightmare of a way to live life especially when you have other children and have to try to make their lives as normal as possible.

Paige has been an addict/abuser for about 20 months. Our family dealt with it the best we could with the limited resources that are available to families in situations like ours.

The nightmare that we have lived for 18 months was nothing compared to the nightmare our lives turned into starting on Dec. 31 at 10:30 p.m. At that moment I arrived home to find a 17 year old boy dead in my garage.

Thankfully I arrived when I did, and one kid was not high and she had called 911. We performed CPR, eventually got his heart going and then the paramedics arrived.

I put a post on “Bell’s Let Talk.” Since then I can’t even to begin to explain what we have been through. I personally know the names of eight Kanata teens whom have overdosed in the last two months.

Sadly the deaths that have occurred are only the beginning. If you look at statistics from any other communities where the kids started getting hooked on counterfeit opioids the prognosis for our community and our children does not look promising.

The point of this letter is not to discuss my families problems and/or the problem in general. Most of us know there is a problem.

We have spent thousands upon thousands of dollars on psychologists, counsellors etc. etc. Our daughter has spent 10 weeks at the Dave Smith Youth Treatment Centre.

I have locked her at home, chased her around, grabbed her off the streets, walked in to people’s homes uninvited to take my daughter out of there, we have had paramedics and police to our home numerous times. But here we sit not knowing day to day whether our beautiful little girl will be alive tomorrow.

I have talked to a few parents of other addict/abusers in Kanata and their stories are all the same. I do not know the answer nor am I any closer to finding the answer than when I first started seeking it.

I do know that when any of us have questions or need help having two families asking is better than one. Having 10 families is better than two and so on. The only people that really know what is going on are the kids and they need help.

My goal is not to try and solve the drug problem. It has been going on for many decades but never before right now have the drugs been indiscriminately taking our children’s lives.

I do not know how many families are suffering the same fate as us right now but I know there are many.

The first thing I would like to do is have a meeting with as many parents of addicts/abusers as I can find. We have all experienced the futility of dealing with this scourge on our own.

We the parents of these kids and future kids need to unite for ourselves and for our kids. Please forward this to as many people you know whom have teenage kids.

I will keep all replies confidential unless permission is granted otherwise. If they want to come to the meeting, great, or I can send them notes after our discussion.

Primary focus will be making sure everyone is aware of what resources are available, what treatments are available, use of Soboxone and if it is working. Ottawa Health will give us full support and supply Naloxone Kits, Training etc.

Then we can have an open discussion of ideas, questions to be asked etc.

The days of the saying “They need to hit rock bottom before getting better.” are over. Sadly in most cases today rock bottom is a slab at the morgue.

At 11:01 a.m. on Tuesday, the first all-day breakfast egg in Ottawa will be cracked at the 2625 Carling Ave. McDonald’s, in Lincoln Heights. Here is a map of participating restaurants: _ E-mail additions to feedback@ottawastart.com or comment below. _ McDonald’s Canada is rolling out all-day breakfast to around 1,100 out of 1,450 restaurants across the country. ...