_ (press release) _ In May 2015, ** Brew Donkey ** made the bold decision to offer its tours free of charge, after the ** Travel Industry Council of Ontario (TICO) ** notified them that the company was not compliant with the Travel Industry Act because it was providing a regulated travel service without being registered.

Two weeks later, TICO agreed that Brew Donkey could continue to operate until a resolution could be found. In August 2015, Brew Donkey and TICO agreed on changes that would bring the company into compliance. In November 2015, the Ministry released a regulatory proposal for consultation. The new changes, which officially take effect

, simplify the rules, while ensuring that the tourism industry operates safely and effectively.

Now, Brew Donkey is offering four special ** “Craft Change” ** brewery tours to celebrate a new regulatory change that will make it easier for them to do business. 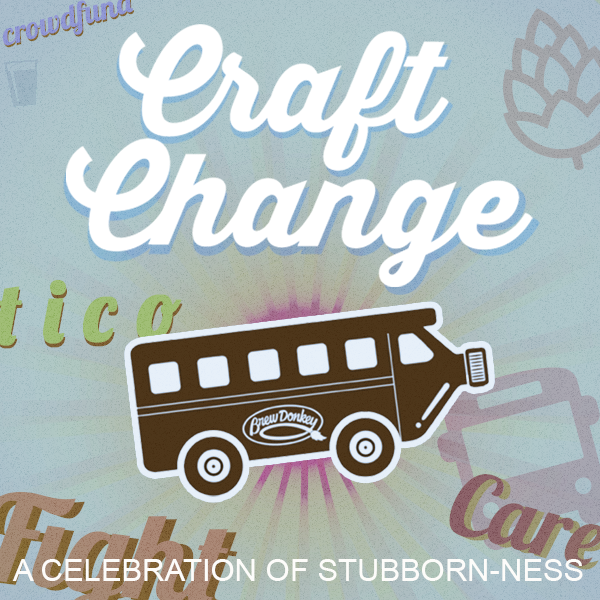 Under new rules that take effect

, companies offering one-day tours will be exempt from requirements under the Travel Industry Act — a change that Brew Donkey and its supporters have championed since the Travel Industry Council of Ontario (TICO) first contacted the craft brewery tour and delivery company in 2015.

The new regulation wraps up 15 months of close cooperation between Brew Donkey, TICO, and the Ministry of Government and Consumer Services. Staff from all three organizations, with support from the office of Ottawa-Centre MPP ** Yasir Naqvi, ** worked together to change the rules, supporting low-risk business operators like Brew Donkey.

“We’re thrilled that we could come together with so many people to change something that really mattered to us,” said Brad Campeau, Brew Donkey owner and operator. “We stuck to our principles, and we worked within the system to craft change using the processes that were built for us to do that.”

Working within the law has been important to Brew Donkey from the beginning. When TICO first raised compliance issues in April 2015, Brew Donkey offered its tours to the public free of charge for a brief period, to make sure they were compliant. This posed an enormous risk to the company’s future. By working collaboratively with government officials, Brew Donkey was able to make adjustments that allowed them to stay in business, pending a long-term solution.

To commemorate the anniversary of offering free tours, Brew Donkey is offering a series of four free tours this summer — two in July and two in August — to celebrate “Craft Change”.

Campeau is grateful for the support he has received from across the province. “To our local community here in Ottawa, all the way to our friends at Skibees and the Escarpment Club in Collingwood, we thank everyone who contributed to making this happen,” Campeau said. “It’s an amazing example of what we can accomplish when we cooperate to make the system work for us, and we want to celebrate.”

_ (press release) _ JUNE 8, 2016, OTTAWA – On Wednesday night, the Ottawa Network for Education (ONFE) celebrated Ottawa High School entrepreneurs at the 3rd Annual JA Company Awards. 28 award recipients were unveiled before nearly 250 attendees including top community and educational leaders and business stakeholders, including proud sponsors the Department of Economic Development & Innovation at the City of Ottawa, CIBC and the Telfer School of Management. ...

https://www.youtube.com/watch?v=NeviZn2xvPA Carleton University this week conferred a Doctor of Laws, _ honoris causa _ , on Daniel Alfredsson in recognition of his outstanding contributions to Canadian hockey and, in particular, his commitment to the community through philanthropic efforts that include mental health awareness and advocacy for equality for athletes, regardless of their sexual orientation. ...